Stephen Harper, the Maniac, and the Political Blues 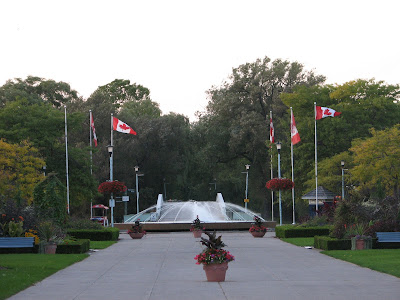 Oh boy. I don't know about you eh? But I'm feeling a little flat lately. Maybe it's the weather. But the Canadian political scene has never seemed so bleak and depressing.

So I'm glad to know I'm not alone.

In a way, he's putting words to a vague sense that I've heard expressed in other quarters in Ottawa too -- from all political stripes. It's a feeling that something is missing -- some say it's purpose, some say it's joy.

And now that I think about it, who can blame us?

When we're living in Harper Land. Winter is coming. Iggy is our best hope. And the Prime Minister is a maniac.

Everybody talks about the anger inside Stephen Harper, and wonder where it came from. So we talked about that and I was surprised that it wasn’t just the word anger they used, it was the word hatred.

When your feelings run so deep, not just anger but hate, that’s going to lead you to some very strange acts and it will lead to a system of control that both benefits you and in which you overreach and get into deep trouble.

Golly. What a disturbing thought. Who knew eh? 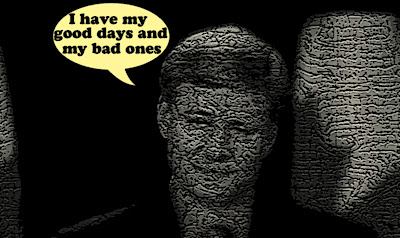 But seriously.... here's the thing. I can't exist in a state of joylessness. And I hate to see my progressive friends looking so glum. So try to be like me and look at things on the bright side.

One....it could be worse. Those who are condemned to live in Ottawa, could be living in Ottumwa.

Two...Iggy is promising to try to keep young people out of jail and make it easier for us to get jiggy.

So that's at least ONE good reason to vote for him.

And three... if you thought that campaigning against Stephen Harper was going to be satisfying when he was still a mystery monster.

Imagine how joyful it's going to be now that we REALLY know him... 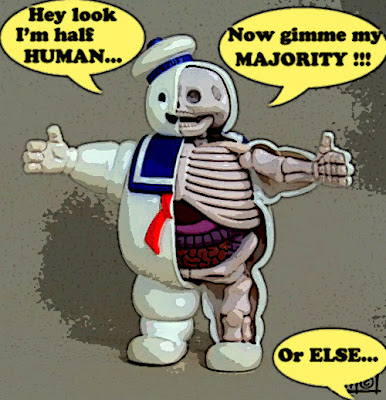 May I suggest the following campaign slogans? He's angry. He's weird. He's mentally unstable, possibly dangerous. From what we can see he's clearly suffering from Liberal Bowel Syndrome. But what else is he hiding under all that remaining pastry? Because we're really HUNGRY !!!!!

The Puff Man is getting eaten. Iggy is getting with it. The election is coming.

Fasten your seatbelts everybody. And keep smiling.

Simon, I love your blog and subscribe to the RSS feed, but as an Iowan I have to take issue with your comment about Ottumwa. Iowa's one of the few states that allows same-sex marriage and Ottumwa's in the eastern part of the state, which tends to be more liberal. It's actually about 80 km to the southwest of Iowa City, which is not only one of the most liberal cities in Iowa, but has the second-highest proportion of gay people to general population in the U.S. - and was first until San Francisco took over. Granted Missouri is to the south and may have an influence on Ottumwa, but at least it's still in Iowa. The story that you link to is an isolated incident; if it wasn't it wouldn't have made the news in the first place.

The people that, if they were in Canada, would side with Harper tend to live in the western side of the state, which is more rural. In fact the push for a state constitutional amendment to ban same-sex marriage in this state is coming from the western part, as did the gubernatorial candidate who based his campaign on it (he lost in the Republican primaries but is running as an independent).

Just thought I'd set you straight (no pun intended) on that. Until Harper came to power I wanted to move to Canada, and will again if you progressives can get rid of him and those like him. Good luck!

hi Dubuque Dave...well that'll teach me to be ignorant eh? :)
I'm sorry, I didn't mean to insult Ottumwa, I just read the story, and thought it sounded similar to Ottawa, and I just couldn't resist. So thanks for educating me, because I'm always interested in finding our more about our neighbours. I do despair about the political situation in your country, but I do love you, and think you are a great people.
I should also let you know that I have a very low opinion of Ottawa, a snooty little town, full of pompous assholes. So perhaps I should rephrase what I said. Dear citizens of Ottumwa, just remember if you are ever feeling down, it could be worse. You could be living in Ottawa.
As for you Dave...now that I know that you are thinking of coming to a Con-free Canada, I shall order the progressive forces to redouble their efforts, and take no prisoners... :)