Omar Khadr and the King of Torture 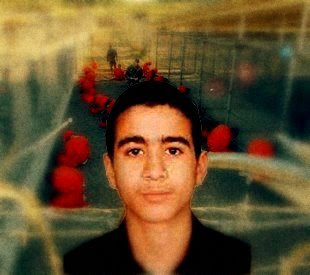 Yesterday I told you why the Bush/Cheney administration decided to single out Omar Khadr for prosecution, when they had so many other adult prisoners they could have gone after first.

In the case of Khadr, the agenda was clear enough: Khadr would be accused of murdering an American soldier. He would demonstrate a new principle that the Bush Administration sought to establish, namely that it is a war crime for civilians to take up arms against a military force that invades their country.

The fact that this new principle is opposed by most of the world and undermines the very foundations of the laws of war was probably only an added benefit, in their perverse reasoning. And similarly, they seem to have taken a certain perverse pleasure in violating the protections that international law gives to child warriors. They were trying to prove a favorite neoconservative meme: international law is meaningless.

It dawned on me that people thought my 13-year old self did something kids shouldn’t be capable of doing. But, when Omar was pushed into weapons training at 10, apparently he should have known better.

Really though, the two of us are products of our environment. Omar is just being punished for his.

And the so-called King of Torture lays a little pain on Canada.

The directors also interviewed Damien Corsetti, who worked as an interrogator in Afghanistan and Iraq, including at the Abu-Ghraib prison which became infamous for the torture of inmates.

Corsetti, who was nicknamed “The Monster” and “King of Torture,” sympathized with Khadr.

“Ultimately the blame now lies on the Canadian people, of how I, as a cold, callous son of a bitch, had more compassion for that boy than his own people.”

I'm not quite sure what to say after a statement like that, from a guy like this: 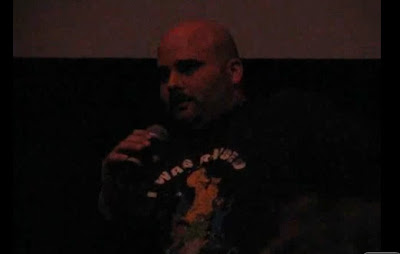 Damien Corsetti looks at me with his small eyes and says: “Look, they leave us alone in this room, they give me a roll of duct tape to tie you to the chair, I turn off the light and in five hours you sign a piece of paper for me saying that you’re Usamah Bin-Ladin”.

Except what does it say about a country, when a torturer has more of a conscience than a Prime Minister?

Why are we allowing our Bush/Cheney Cons to keep raping the rule of law?

Can you imagine what Omar must have endured in a place like that?

And of course the most painful question.

Doesn't the truth HURT?
Posted by Simon at 8:16 PM

I'm grateful for all your great posts on the Omar Khadr story. I'm sympathetic to him and hope he will have a chance for a life some day.

I'm also very concerned about what's happening to our country. I think all of us have to do what we can to fight the negative forces, including those who almost seem to be running a campagn of hate against Omar Khadr in support of the Conservative government who are taking a position totally opposite of what Canada stands for. Every time they appear on the international stage they shame us.

I post in the comments sections of articles and so on, and I think you are doing a great job with your blog.

Maybe at some point we need to get out in the streets. What say you?
Diane W.

hi Diane...sadly I believe the cruel treatment of Omar Khadr is just a symptom of a larger problem. The Americanization of our country and the brutish values that were unleashed on the world by the Bush/Cheney regime. I can't read the comments in any story about Khadr. They might as well be written by teabaggers because they sure don't sound like Canadians. We had a very distinct and excellent culture, but some in this country, like Stephen Harper, thought that was weak and that we should replace those values with more aggressive American ones. I disagree. Our culture of compromise and tolerance is the kind of culture the world needs and the future demands. So that makes it strong, and I want that kind of Canada back. The case of Omar Khadr should never have been a partisan issue. It's absolutely outrageous that some people want to punish him because they don't like his family. Huh? Since when is that part of the justice system? There is only one right, decent, and Canadian thing to do. And that is
bring him home immediately.

@Simon, Love this post and your blog, thank you for all the work. I too have a very hard time looking at this story and what Canada has done and is doing. We need our democracy back, the old one from 1867 when everything was a fight between MP's who had to go home and face their constituents with the results of every deal. I find our mock elections now so depressing, we could use some grass roots uprising here, and a choice we can stand behind.

Anonymous, thank you too, we also need more people posting intelligent comments, I really can't believe most people are as stupid as they seem in the comments section of our national papers.

hi Georgie...as I told anonymous I couldn't do anything else but defend Omar Khadr. It doesn't make me very popular, but I don't care. It's such a cruel and outrageous violation of human rights that I'm sure history will prove me right. And yes we do need our democracy and our precious Canadian values back. I'm hoping the next election will see the greatest grassroots uprising ever, and even in the darkness of the Harper regime, I do see the light at the end of the tunnel...

The Kahdr's are Canada's most hated family, and for good reason. I wonder if other commentors have actually done their research. I can't believe our government actually gave them citizenship--no other country would have ever done that, sans the middle east.
His family supports the murder of our soldiers and the actions of Bin Laden. The whole damn family should be dropped by parachute back from the shithole they came from and never be allowed back here again.
Khadr gets no sympathy from me regardless of the age he was. A family that so strongly encourages terrorism against is why he is in his 'situation' and why he poses a real threat.