Doug Ford and the Ugly Canadians 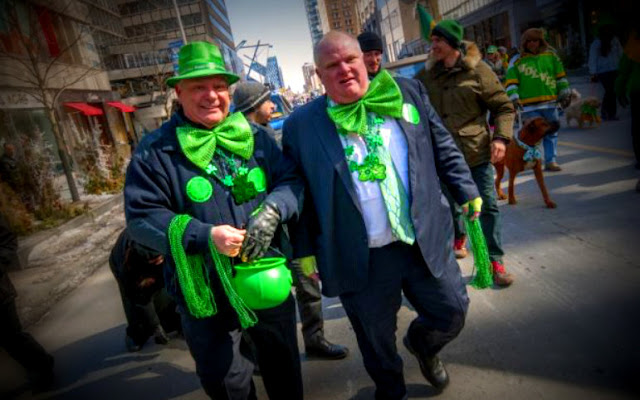 I must admit that I never paid too much attention to Doug Ford until recently. I just saw him as the lesser half of the ghastly Ford Brother's Comedy and Horror show that almost tanked Toronto.

A political thug who tries to intimidate anyone who doesn't agree with him.

A millionaire who claims he's fighting the "elites" who he defines this way...


Doug Ford, the new leader of the Ontario Progressive Conservative Party, on who he defines as “elites.” Tonight on The Agenda, at 11pm. #onpoli pic.twitter.com/sx7vwyeVo0
— The Agenda | TVO (@TheAgenda) March 17, 2018

And is, as you can see, a ghastly Con clown, who if he lost another couple of IQ points would have to be watered rather than fed.

But of course, now I have to take him seriously. 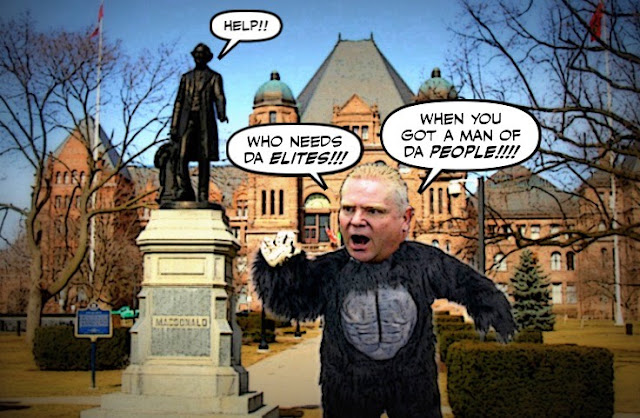 Because now that monstrous ape is threatening to become the Premier of Ontario.

And even though he hasn't a clue about how to run a province, or how to plug a $4 billion hole in the PC platform, all many in the Con media keep repeating is that he's NOT Donald Trump.

And some like Margaret Wente, are actually arguing that ignorance is a virtue.

Mr. Ford could be a stronger candidate than many people think. In some ways, he’s far better than Patrick Brown ever was. He’s authentic. His beliefs are crystal clear. His grasp of policy is a bit shaky — but so what? It’s not hard to grasp what he stands for.

He understands exactly who his voters are and what they want. His ideas are easy to grasp. His liabilities — which include his utter ignorance of the way the province operates — could be seen as advantages, just as they are by Donald Trump’s supporters.

As only that serial plagiarist could... 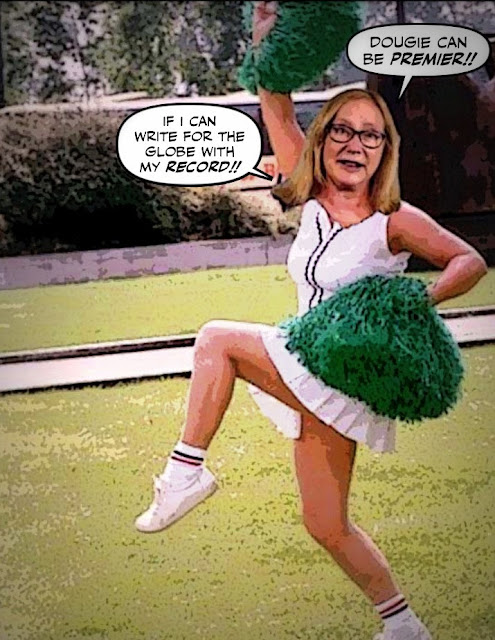 While somehow forgetting to mention that he's in hock to the social conservatives who made him leader, and want him to wage war on women's rights, and bullied LGBT children in our schools.

As two books on the Ford Brother's Comedy and Horror Show point out, his more recent record couldn't be more appalling.

Two books on the Rob Ford years – Mayor Rob Ford: Uncontrollable, by former chief of staff Mark Towhey, and The Only Average Guy by city councillor John Filion – offer insider accounts of Doug’s temperament. In all, they provide a study in presumption, impulsiveness, indiscipline, indiscretion, bullying and an inability to put the team first. 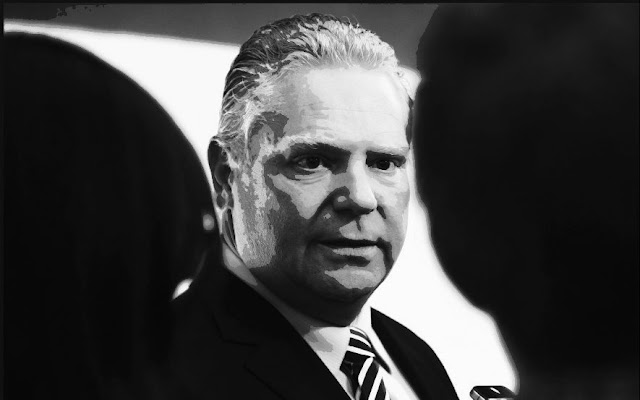 As with many who demand utter loyal, Doug Ford was mistrustful of most everyone. “I only trust the person I shave in the morning,” he told Filion. “That’s it. And I nick him sometimes too.”

Doug once told Filion, in the run-up to his 2014 mayoral run against John Tory, that “you’ve never seen the vicious side of me. You watch.”

Which of course leads to the obvious question: If Ford is so bad, and apparently so popular, are Canadians any better than Americans?

We have long told ourselves we are more liberal, more peaceful, more tolerant. We believe we are less violent, less religious, less ideological...In social and economic measures, there’s an argument that Canada is a more successful society than the United States.

Is it true? Are we a more successful people? And are we less prone to an ugly populism?

Or are we now the ugly Canadians?

I don't think we are, but now is the time to prove it.

Now is the time to attack this cowardly bully who would sacrifice women and children  to his bestial ambition... 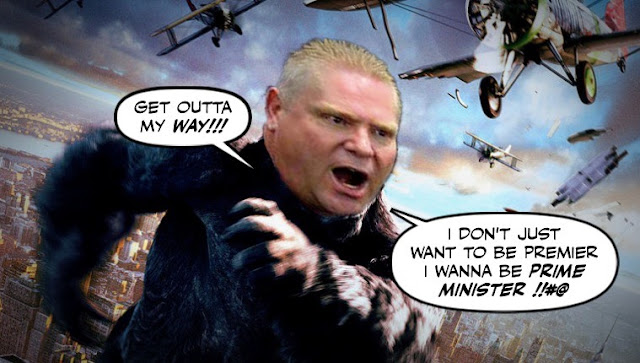 Now is the time to bring down that Con ape.

And save our country in the process...

Anonymous said...
This comment has been removed by a blog administrator.
11:28 AM

The above comment was deleted because the crazy old Con who wrote it, in a state of manic agitation, violated my rule about the use of foul language. Why are so many Cons so angry? Why are they so fearful? Why do they hate Canada so much?

Thanks for the input, Maggie (motto: "I'm shocked I'm still employed too!"), just the kind of nothing we've expected for you.

As for being "Ugly Canadians," I think our smugness is going to be our undoing. After all, we were the same province that elected Mike Harris on a platform of sticking it to the poors. Canada hasn't quite come to the realization that Republican-style contempt for expertise isn't just an American phenomenon; it's all that small "c" conservatives have in the digital marketplace where post-secondary education has been becoming more and more necessary. Need something to rally the faithful without picking up a racist dogwhistle? Just call your opposition "elitist" and claim they're looking down their nose at you. Worked for Rob! And his bumbling tomfoolery didn't end up with any long-term millstones around the city's neck *coughScarboroughSubwaycough*. Nosiree! Anybody who claims to have "common sense" solutions can do the critical job of governing millions, it never turns out disastrous at all....

...I dunno about you folks, but I kinda like serious policy people to be in charge of the serious policies of government, not two-bit used car salesmen who claim that their years of fleecing people has given them some kind of special insight into the mechanisms of bureaucracy. And yeah, I want those people to be smarter than me.