The Syrian Apocalypse and the Con Klowns 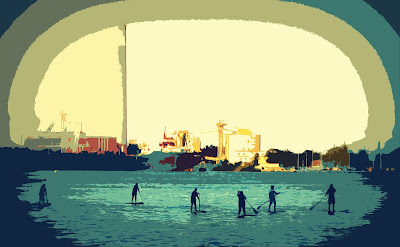 I see it's going to be an apocalyptic weekend. The unofficial end of the northern summer that is never long enough.

The sound of fighter jets flying low over my tree house.

And of course this ghastly nightmare.

Because although I'm conflicted, because I hate to see murderous bullies get away with ANYTHING. I honestly can't see how firing a few cruise missiles at Syria is going to help the situation in that tortured country. I fear it could only make things worse.

And it all seems like a bad movie I've seen before. The indecent rush to war. The inflated 911 rhetoric.

Kerry said that "if a thug and a murderer like Bashar al-Assad can gas thousands of his own people with impunity," it would set a bad example for others, such as Iran, Hezbollah and North Korea. Obama said chemical weapons attacks such as last week's threatened U.S. national security interests as well as U.S. allies such as Israel, Turkey and Jordan.

And enough irony and contradictions to make any sane person hesitate. 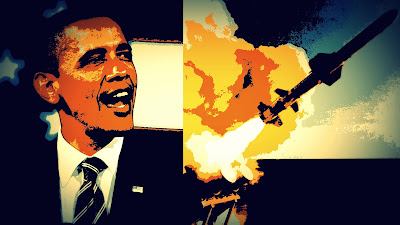 Once, candidate Obama chastized George W. Bush for a "cowboy" foreign policy, an "imperial" presidency, and for alienating allies and taking America into war with cooked intelligence. But on the cusp of striking Syria, Obama wants Americans to again take on trust intelligence on weapons of mass destruction, despite the CIA's credibility being poisoned by its botched "slam dunk" case for war in Iraq.

After once promising to go to war only with an international coalition and with backing from Congress, Obama stands almost alone, dumped by America's closest ally Britain, and is snubbing the UN and bucking public opinion.

Or despair. Or wonder who's drawing up the target list, the Pentagon or Israel?

Oh well. In the midst of this horror show there is some comic relief eh?

Stephen Harper's plan to attend the upcoming G20 summit, and pose as a Great Economist Leader.

Prime Minister Stephen Harper will not shy away from rebuking Russia over its stance on Syria and anti-gay legislation at the G20 summit next week, but plans to devote official talks to the world economy. 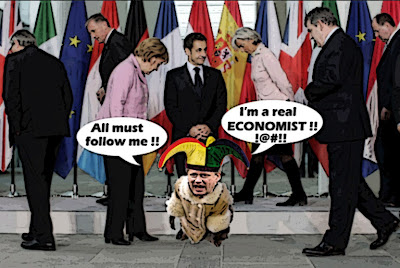 Deluding himself into thinking that if the U.S. starts bombing this weekend, the leaders will be able to focus on the economy. Or care about ANYTHING he says.

Deluding us into thinking he would confront Putin over the issue of gay rights.

And above all trying to have his cake and eat it. Staying out of any bombing campaign, because most of the Christians in Syria support the Assad regime, and his rabid religious base wouldn't stand for that ....or the promotion of gay rights.

While egging on Obama, swallowing the American line hook line and sinker:

MacDougall also said that despite not having gathered the intelligence itself, Canada has enough faith in the evidence it has seen to determine the Assad regime used chemical weapons against its citizens and that it should support the U.S. in its decision to go ahead with an attack.

And keeping our Parliament shuttered so MPs can't debate the issue, or question that unqualified support for the Pentagon warmongers, and the military industrial complex.

Because forget what's good for the Syrian people, we need that PIPELINE !!#@!! 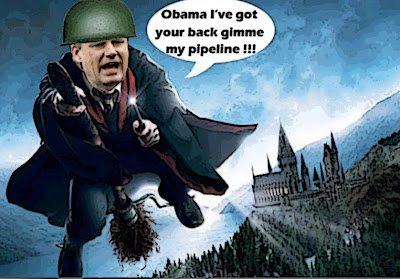 Oh well. As I said, thank goodness for the comic relief provided by those Con klowns.

And thank goodness for the human relief provided by some young Israeli soldiers,  who while patrolling their West Bank gulag of Hebron, started dancing at a Palestinian wedding...

And who were punished when they should have been rewarded.

Leaving the military rulebook aside, the footage of the wedding dancing does a great deal to humanise both sides of the interminable conflict, showing that – at ground level – not every meeting between Israelis and Palestinians is doomed to end in bitterness, bloodshed and recrimination.

For giving us a glimpse of what life in that part of the world might be like if there was freedom and justice for ALL.

Yup. Deliver us from the warmongers.

Deliver us from the Con klowns.

Have a great long weekend everybody !!!

Harper was requested to join 50 other countries, to refer Syria to the ICC for, war crimes and crimes against humanity. Harper refused. The UNSC had banned Harper a seat. Harper had been found guilty of, stonewalling and blocking the investigation of, the torture of the Detainee's. Harper had prorogued Parliament so, he wouldn't have to answer for his crimes.

Russia and China are allies to Syria. Harper has a very deep, involved relationship with China. Harper has handed China, the keys to our vast resources. Harper is also mulling a massive Chinese resource project, of the rich resources in our High Arctic. Harper has also permitted China, to buy up our Canadian farmland. When Harper ratifies his FIPA deal with Communist China. This means China will take Canada over for a, minimum of 31 years.

I doubt Harper will make a move towards Syria, to stop the mass murder of chemical warfare in Syria. China will forbid Harper, to take part in that war.

The British P.M. took the easy way out of a difficult situation. He called parliament together and let them say NO. Harper can't do that because the opposition would bring up the other problems, the senate, etc. Canada doesn't have the equipment to participate in the Syrian mess, which is just as well. Of course if stevie slime speaks out against chemical weapons, he might come clean on his new agreement with the Chinese military. Why would Canada sign a free trade agreement and a military agreement with china when they continue to support Syria and thus the chemical weapons attacks. Stevie not only isn't a good economist, he isn't a good christian, or a good thinker.

The war in Syria is not a good thing. Too many people are being killed. Western countries are all out of sorts about it, but there doesn't appear to be an meaningful money going to Jordon to help them with the refugees.

Obama is out of sorts about the chemical weapson attack on Syrians, but lets get a grip here. The number of Syrians killed in these attacks is about the same as Americans being killed by guns in the U.S.A. each week and by drunk drivers. So if it is not O.K. for Syrians to die at this rate, what is it o.k. for Americans to die at this rate? It doesn't matter how people die, they are dying from preventable events.

Dropping a few bombs in Syria is not going to solve the problem, so why bother. Teaching Assad a "lesson", give me a break. Assad doesn't care. It isn't going to hit him, just a lot of people who are not that important to him. A load of bombs by the Americans isn't goint to get a lot of Syrian armed forces people to give up their arms. They have no where to go or make money. This is all they have got. We need to stay out of Syria for the time being.

hi gingersnap...as I mentioned in the post, Harper is trying to have his cake and eat it. But by backing Obama he has made his position Canada's position. And with so much at stake, we need to hear from more reasoned voices, and the only way to do that is to recall Parliament...

hi e.a.f...you're absolutely right, the reason Harper won't recall Parliament is that he is afraid of questions about the Senate scandal etc. But the stakes are too high to let such cheap motives prevent Parliament from debating whether missile strikes are the best way to help the Syrian people. Or a shortcut to Hell...