Stephen Harper and the Senategate Show 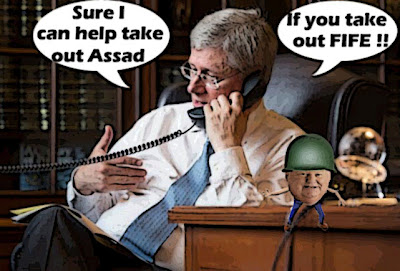 Well according to the Con Ministry of Propaganda and Disinformation, Stephen Harper's main activity today was talking to Barack Obama about the crisis in Syria.

But knowing him I wouldn't be surprised if he spent most of his day worrying about this latest Bob Fife report.

The emails, seen by CTV’s Ottawa Bureau Chief Robert Fife, reveal that Harper’s former right-hand man, Nigel Wright, consulted with David Tkachuk and Carolyn Stewart Olsen – two senators who were overseeing what was supposed to be an independent audit of Duffy’s expenses.

Because although both Tkachuk and Stewart Olsen have denied the allegations.

"The CTV News report is false," Tkachuk and Stewart Olsen said in an emailed statement. "At no time did we have knowledge of Mr. Wright's payment to Sen. Duffy before it was reported publicly.

It isn't the first time they've been accused of being involved in a cover-up.

A report into Duffy's expenses was stripped of its most pointed language by the Tory majority on the internal economy committee, while nearly identical reports into senators Patrick Brazeau and Harb included that language. The senators explained it was because Brazeau and Harb had not yet repaid funds owing

Stewart Olsen was the one who moved that motion. 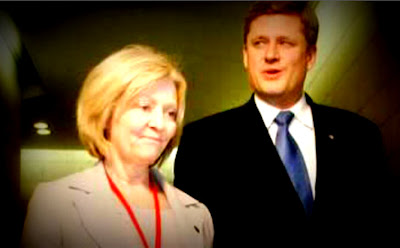 And she just happens to be one of Harper's longest and closest collaborators, his former press secretary, and one of the few people who can call Great Ugly Leader or see him ANYTIME she wants.

Both Stewart-Olsen and former committee chair Sen. David Tkachuk, admitted being in touch with the Prime Minister’s Office during the audit, and Tkachuk told Maclean’s he had spoken to Duffy about per diems claimed while he was in Florida.

Tkachuk has also admitted that the PMO was deeply concerned.

Q:Did Nigel ever suggest that you should go easy on Mike Duffy?

A: No. I mean, you’ve got to remember I would have been having a number of discussions with Nigel, I had a few of them. He didn’t tell me to do anything, really. We discussed Mike and the situation that he was in. I mean, the Prime Minister’s Office was very concerned about this. They don’t like this scandal going on. It was hurting us politically.

Which leaves Stephen Harper in the uncomfortable position of claiming that although the PMO, his close collaborator Stewart Olsen, and his faithful Chief of Staff Nigel Wright, were running around desperately trying to extinguish the Duffy Hindenburg.

His Con stooge in the Senate wasn't taking orders from the sinister operatives in the PMO:

Q: But the controversy now is on any suggestion of advice from the Prime Minister’s Office or Nigel Wright.

A: But whether I get advice from them doesn’t really matter, it’s whether I take it that matters. There’s the Prime Minister’s Office, these people are my colleagues and I have discussions with them from time to time. They have never asked me to do anything that I thought was wrong and I certainly did not listen to everything they said.

And Harper knew NOTHING. 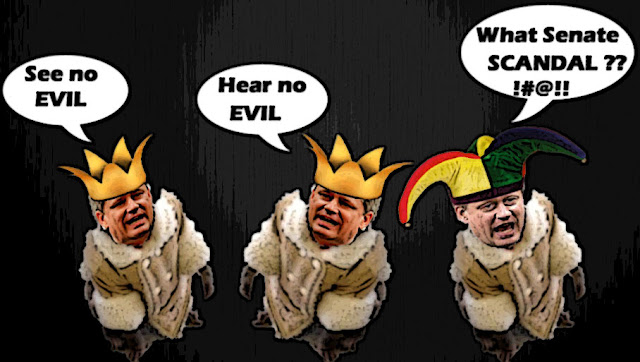 Which should be enough to hold off most of the media, except Bob Fife, who clearly has an excellent source. And who deserves a medal for his efforts to uncover this sordid scandal.

But may it not be enough to hold off the RCMP, if and when it decides to lay charges. And some or all of the above are called to testify under oath. Where they may be asked to explain why all that scandal left no paper trail.

Which strangely enough reminds me a bit of the way the Watergate scandal went.

First Richard Nixon and his gang denied everything. And blamed everything on their enemies. Then they invented a story. Then they denied what they had already admitted. Then nobody trusted ANYTHING they said. 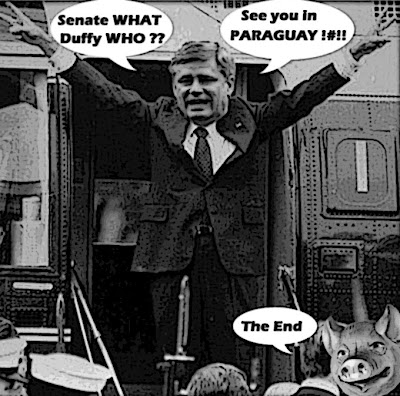 And the same thing could happen to Boss Harper and his gang. For what started off as a grubby little Senator Porky scandal, is starting to resemble a panicky cover-up.

And as Nixon lamented years after Watergate, it was the cover-up that KILLED him.

Oh boy. You know how I'm always saying how much I hate living in Harperland. This grim, broken, brutish, boring place, with a maniac as a Prime Minister.

But now that I've seen the Cons new fall line-up. The one that will bounce the story of Harper's New/Nouveau cabinet right out of the headlines.

I have to admit  I'm feeling a lot better eh?

For it will KILL the Cons. 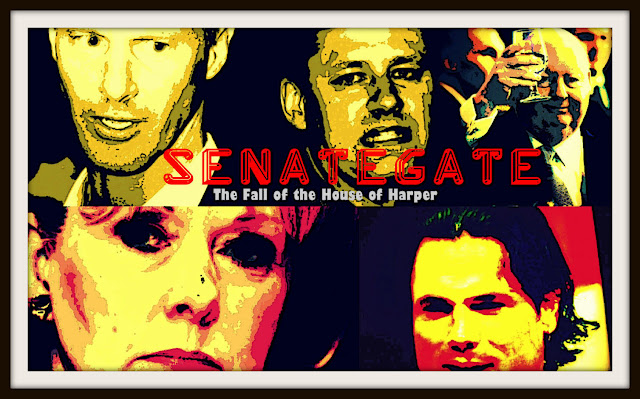 Did you notice something very interesting, Simon?

Both Tkachuk and Olsen did not challenge Bob Fife and CTV to produce the e-mails. Wouldn't that be the most natural way to challenge the credibility of CTV if they were innocent of the alleged transgressions?

Alternatively, they could have asked their lawyers to contact CTV to either produce the paper trail supporting their story or issue an apology and retraction.

Instead, they focused on denying that they knew about Wright's payment to Duffy, which CTV promptly rebutted by pointing out that they never reported that Tkachuk and Olsen knew about the payment, just that they had co-ordinated with Wright to apply pressure on Duffy.

Their failure to challenge CTV to produce the e-mails or shut up says a lot, don't you think?