The Sensational Landing of Pamela Wallin Uh oh. Everybody take cover. It looks as if this cartoon was only too prophetic.

The Pamela Wallin jumbo is on final approach, and coming in for a heavy landing.

An independent audit of Senator Pamela Wallin's expenses has found ineligible claims amounting to as much as $140,000, and that the number of those claims is in the hundreds, CBC News had learned.

And the only questions that remain to be answered in the final hours before the report is released, is whether she's wearing a pilot's cap or a chef's bonnet? 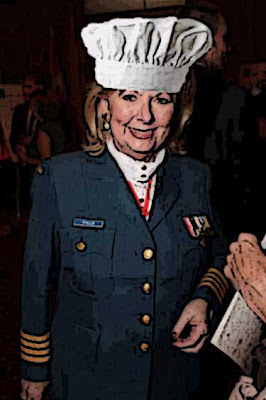 An external examination of travel expenses claimed Sen. Pamela Wallin will suggest she may have tried to alter some of her spending after the fact, according to a source familiar with the review.

And if she did try to cook the books, what will that say about Stephen Harper who personally reviewed Wallin's expenses, and pronounced them SATISFACTORY? 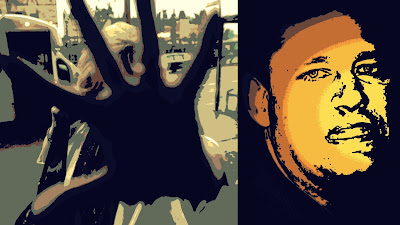 And will he now be ducking questions like Pammy did?

Because one really has to wonder eh? Can the man count? Is he really an economist? Or is this also part of yet another massive COVER-UP?

If so, which heavy will take him down first ? 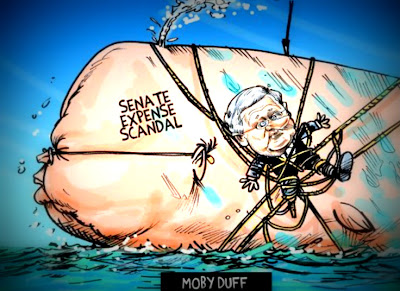 And with another Harper Senator also circling the justice system... 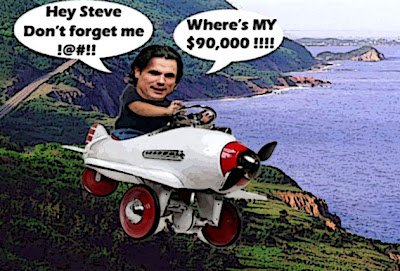 Can the Con Fire Department put out all these scandals?

And I think the answer is obvious eh?

This isn't a government anymore, it's a Con klown show.

The wheels wings are coming off the Con regime.

And Stephen Harper himself is coming in for a hard landing... 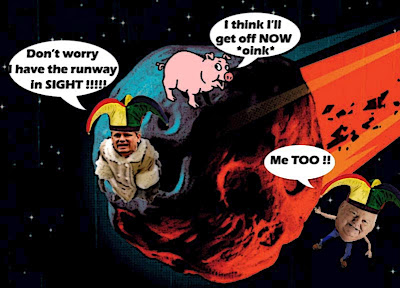 But what about the Con Senate? How are we going to clean up THAT mess?

Gawd. That's a tough one eh?

I think we're going to have to do what they did on the Trans-Labrador highway the other day when a truck caught fire.

And bring in some heavy equipment...

Yup. Fasten your seatbelts everybody.

And grab some popcorn.

The Cons are coming in for a landing.

X con ya right . Even more in sink and looking for more cover than before. Ask Harper how his propaganda tools feel when it stabs him in the back or the front. Wich side is it.

King Steve also publicly said he reviewed her expenses and they were 'ok,' and then public ally defended her expenses. Which now turn our to be as corrupted as the day is long. What does that say about Great Ethics and Economic Guru Leader, hey? ""Her travel costs are comparable to any parliamentarian travelling from that particular area of the country over that period of time," Harper said. Ohhhhhh boy. Harper's forte is defending the indefensible. Of course Harper is okay with it. The fiscally responsible economist isn't the one footing the bill, we are.

Our "economist" Prime Minister, after having reviewed, privately, Senator Wallin's expenses, declared that there was nothing untoward about them. Now we know that there were at least $120,000 in improper expenses claimed by her. So was Stephen Harper lying to the nation or is he grossly incompetent? Which?

That is easier said than done. If we think we are able to get rid of the Dictator Harper? He should have been flung in prison long ago. Harper is an out and out traitor for, handing Canada over to Communist China. Now Harper is permitting Red China, to buy up our farms.

You and I pay Politicians outrageous, salary's, gold plated pensions, health care, dental, vehicles, travel, meals, *housing* beauty treatments, limo's, security, and all of their perks...so, they should steal from us too? Paying the money back, just doesn't cut it. Their intent was to steal, throw all of them in prison, including Herr Harper.