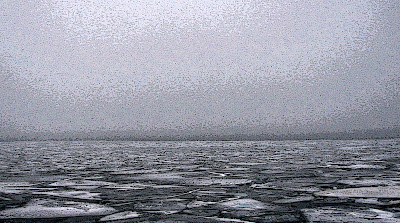 Maybe it's the weather. But I'm finding it hard not to join in the generalized gloom. Remember the beautiful rink on the frozen lake I showed you the other day? Well that's what's left of it. It broke up and floated away.

The Greatest Recession just keeps on claiming new victims. More and more people are losing their jobs or having their hours cut. In China an army of unemployed migrant workers 20-million strong is on the march. In Britain they're worried about the rise of the British National Party.

It's gotten so bad even the sharks are having a hard time.

So many big and small stories and yet the one that brought it all home to me this week, was reading that Scott is selling his comic collection. 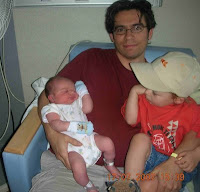 Right now, I am still at least five weeks away from my first potential EI check (of unknown quantity) and have gone unpaid from my former job since mid-January, including my severance pay owed.....

This is serious stuff. I am not yet at the end of my rope, but I sure can see it clearly from here.

When I read that...and I thought about how he has a wife and two young kids...I felt sad, angry, and worried.

Sad about Scott and all the other Canadians who are losing their jobs, or living in fear that they could be next. Angry because Stephen Harper's rotten Con government doesn't have the decency to reform our sham of an E.I. system, so Canadians don't have to wait so long for benefits.

You know I'm usually a cheerful idiot. But these days it's so hard to be cheerful about anything.There is too much fear in the air. Too much misery already. I don't have any confidence in this rotten incompetent Con government. The Greatest Recession those idiots didn't see coming, is claiming more and more victims.

Scott is selling his comic collection.

We need to change the world.

But it's just getting darker and darker... 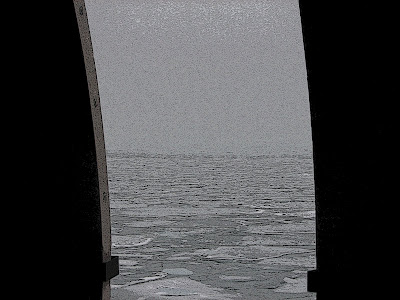 Code Pink is going to Gaza.
Alexandra Morton has had the Supreme Court decide in her favour ,somewhat, about who is managing the fish and protecting the wild salmon.
There is a big protest in Washington,DC organized for next week.
We need a consolidated people's movement. It has all been too splintered. David Orchard says next election must be a very strategically voted one.

Simon, you have the Montreal Greys. That time of year between winter winding down and waiting for spring. The snow gets dirty and everything looks bleh and blah.
Soon the sap will run. The sugar shacks will have their fires going and we must organize locally with potlucks, and open mike cafes. The ABCers need to realize from the last election that united we stand, or we will be lost in the maze and the rust and dust of political dillydallying and posturing and who should be the king pin or leader.
The humanitarian voice(s) must be heard.We have the internet, we have distinguished Canadians,artists, writers, musicians and everyone feeling oppressed by a regime that is still trying to run business as usual. More and more fraud and deceit is being exposed weekly.
People just might this year get together and shout" We're not taking it anymore.!"
The gated communities will get bigger gates but there is still a great spirit for change wanting to rise. Time to start the seeds again for a real coalition, a garden of progressive thought and action across Canada.Lots of companion planting this year is needed.
And, we have some fabulous bloggers,sensitive,empathetic,artful
forthright and very much appreciated.
In the between time, REST, REST, Bodhisatva....rest.

Hi Simon - just to bring you up to speed, my wife and I have been separated since August and I moved out to a nearby apartment. I host my boys almost half the time (including right now) in a shared custody arrangement and we're all adjusting well. The picture you have here is from July, 2007 (when Gavin was just born). He's 19 months old now, and his brother Francis is closing in on five.

Anyway, I found another promising Tech Writer opportunity yesterday morning on a new site I found called careerjet.ca. So I applied for that without delay. That's two lines in the water in just one week of serious job hunting.

It just bugs me that getting the process started with EI is so slow, and I can't imagine not finding a job in the meantime. So what was the point in paying into the fund for 23 years if it's of no use when you really need it.

As for the comics, I have a couple of inquiries to follow up on. And (gulp) my parents can lend a hand if really necessary, but they are alrealy worried stiff that their modest retirement savings keeps taking hit after hit - and it is mostly in supposedly "safe" investments.

Hey, we're all healthy, and something will turn up soon; I'm confident.

Hi Scott...sorry for getting your personal life wrong. Human lives are a flowing river...and of course straight lives can be so complicated...for a gay doofus. :(
But I am happy that things are starting to line-up for you, and I do want to thank you again for your attempt to humanize the effects of this horrible recession. And by so doing help others who find themselves in the same boat.
As I think I told you before I'm hoping the internet can bring Canadians together,so they can support each other, organize, and put pressure on the politicians to do more to help the unemployed. And nothing bugs me so much as seeing Canadians having to wait for E.I. benefits....which as you point out... is OUR money that WE pay so it can help US.
Anyway Scott...sorry again if I embarrassed you, keep up the good work.
And I'll keep my fingers crossed.... :)

Hi Oemissions...wow...thanks for that AMAZING comment. The Montreal Greys? Or is it the Toronto Blahs...or the Scottish Glooms?
You know we may be very passionate but we're also very MOODY.. ;) And I did love that little rink...(SOB)
Seriously though you're right. We should look at this crisis as a great chance to organize and work for change and a better world.
This meltdown may be scary but it's also a great opportunity. Because if not NOW?
When?