The Doggy Detective and the Maginot Line 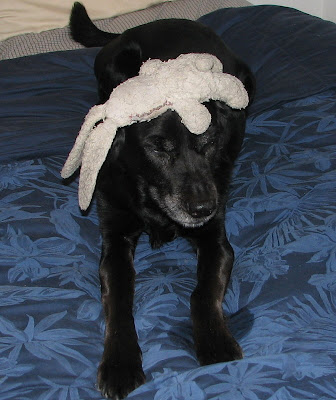 I normally wouldn't read Steve Janke's blog unless somebody stole my dog's bunny hat....and I needed a doggy detective to try to track down the culprit.

So imagine my horror when I stumbled upon it by mistake and found myself on the Maginot Line.

French forces at the opening of World War II went into their fixed defensive positions along the Maginot Line (which wasn't a single line of defenses like a single trench or the Great Wall of China, by the way) waiting for the Germans to advance against them. The Germans didn't fight that way the second time, using mobility to their advantage to attack from an entirely different direction (helped by a willingness to invade non-combatant nations), and so the French generals failed in their defense of the republic.

The French generals were fighting the wrong war.

Stephen Harper and the Conservatives are not making that mistake.

A new leader means a new line of attack, and you need to be flexible in your thinking to recognize that. It sounds like the Conservatives are not fighting an air war this time around (first Gulf War in 1991) but are instead planning a ground fight (second Gulf War in 2003), a classic example of switching strategies to reflect new realities, instead of simply repeating the past.

Yikes. Bomb me with a Kaiser bun. I don't know what to say. Except that by their words you shall know them. And have you EVER read such ridiculous shite before....even from the doggy detective?

But let me at least TRY to get this straight. The Cons are planning to fight the next election against a Coalition that doesn't exist? But one that before it died was more popular than the Harper government, and powerful enough to make Great Pathetic Leader grovel for his job, steal the Coalition's ideas....and turn him into a LIBERAL?

Oh yeah. That should work. Now remind me WHO is fighting the wrong war?

Steve,Steve, don't be a dummy. We're not fighting the First World War, or the Gulf War, we're fighting a war of ATTRITION.

First we watch as the Cons are softened up by a barrage of bad news.

Then we let Stephen Harper twist in the withering fire, and let him look like an incompetent .....or an idiot.

Who didn't see it coming, and doesn't know what he's doing.

Then when the moment is right, and the Cons are bleeding and demoralized...and fighting themselves... we wipe them off the electoral map. You know...defeat them, crush them, finish them off.

Golly. Even in these uncertain times some thing are for sure.

The Cons are intellectually bankrupt and doomed to extinction.

My dog loves his bunny hat.

And Steve is no Bismark...

P.S. Don't forget to read Steve's cheap filler in the National Post....before the Con flagship is sunk by a U-boat....

He is, at the very least, living in a world of total delusion.

Meanwhile, Kerouac is dazzling as a doggy detective.

Hi Mike...I don't know much about him because I really don't read his blog, but that post really blew my mind. The hideous Con habit of turning politics in our peaceful country into some kind of warfare absolutely disgusts me.
Although in this case I have to admit I did laugh a lot. It was THAT ridiculous.... :)

Hi Beijing...I thought so too. I really should be ashamed of myself for offending his doggy dignity. But he loves wearing things and he loves me anyway... :)