Is Stephen Harper Planning to Destroy the CBC? 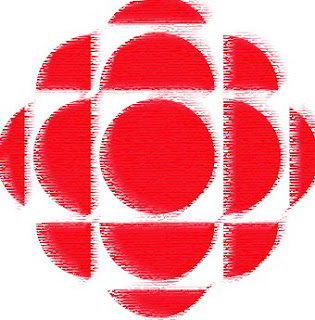 Stephen Harper remained vague this morning about a survey sent by the Conservative Party to its members shortly before the election campaign that questions whether the billion dollars awarded each year to CBC and Radio-Canada is worth it.

The survey has 11 questions, and one of them reads like this: the CBC costs taxpayers $1.1 billion each year. Do you think this is a good or bad way to spend taxpayer's money?

So what did Harper have to say?

At a news conference in Farnham, where he was making a campaign promise, the Prime Minister first said he was not aware of that question. And then was vague about what his answer would be.

"I can only say that as Prime Minister I obviously always support the government's budget."

But of course we know what he really thinks. All we need to do is look at what they have already done...and why.

Then they they cut government inspectors in the food industry so Canadians are less safe...and government is even weaker.

Then they get a majority and destroy the power of the government that protects us, and the Canadian cultural tools that are used to hold a country together, and set it apart from the United States.

Then they turn our country into a neocon jungle and a paradise for Big Business and Big Oil.

If Canadians don't realize what Stephen Harper meant when he vowed to change Canada beyond recognition.

I guess when the conservatives hired 200 more inspectors you where sleeping.

Seems the CBC has become addicted to the taxpayers largesse instead of selling enough advertising to float their own boat like private sector institutions akin to the CBC do.

This one of the most obvious results of a Harper majority. The independent journalism, reporting, investigative, and comment is a thorn in the Reform/Cons side. There will be starvation, privatization, break up of units etc. Within a few years gone.

By the way, this helps explain the strident pro Harper bias of CTV, Duffy etc, and softball Robertson interview.

A Harper majority means a major competitor is gone, and sell off, sale prices on the assets.

Does it make financial sense to hire more inspectors because you started looking at paperwork and so had to take more time then if, you know, you actually walked around the plant?

It makes no sense with safety, no financial sense... the conservatives simply make no sense for Canada.

Hi Maw...look as Peter points out the inspectors are just auditing reports not making visual inspections. I should have made that clearer.
And as for the CBC...they may not be as daring or as entertaining as they might be, but it's still better than any of the other channels which just rebroadcast American programs. And in a country like this one I think we need public broadcasting and the kind of quality that is more than just ratings...

Hi John...yup we do have a right-wing media, and it should be obvious that the Cons are an extremely authoritarian group that hates and tries to control the media to a degree never seen in Canada. Anyone who dares to criticize them is immediately considered an ideological enemy.
And of course, as you point out, the private networks would love it.They could buy shows cheaper, and hike their ads. As for Mike Duffy I can't even watch him anymore. There's a limit you know :)

Hi Peter ...thanks for clarifying the inspector stuff. It's just part of the neocon plan to reduce the size of government, de-regulate everything they can, and turn Canada into a jungle.
It doesn't make sense because it's just blindly ideological. Too bad judging from what's going on the U.S., history isn't on their side... :)

CBC? Taxpayer largess? Please. I am one of the many Canadians who believes in the CBC's work enough to send them money so that they can continue to keep the lights on, despite government funding cuts that make no sense at all. I don't want the CBC to have to sell out to corporate interests in order to pay its bills. You have to understand why THAT'S important to understand why the CBC is important.

Simon -
I popped over here to tell you how much I enjoy your blog. I've been reading it for a long time. Sorry for being so rude as to rant at one of your guests before I even said hello. Where are my manners tonight?

Hi Ann !!! thanks a lot. And don't worry about being rude. I have to polite to my guests...but you don't have to. :)
As for the CBC I just don't understand how some Canadians want to kill of our cultural tools....the only ones we have to try to hold off American culture. I mean I like some American culture too. I just like ours better !!!

It will be a sad sad day in Canada if the CBC gets canned and if Harper and his dull cronies succeed in cutting all arts. He wants this world to be as dull, sexless and bring as him. Has anyone noticed how Harper looks exactly like an undertaker?