The Archbishop, the Order of Canada, and the Pedophile 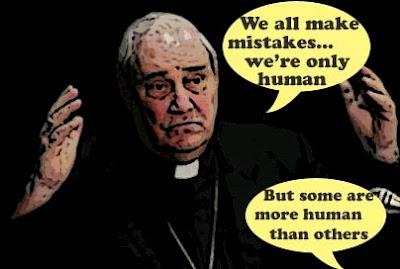 The other day I noticed that the Catholic Archbishop of Montreal had decided to return his Order of Canada to protest against Dr Henry Morgentaler's nomination.

Cardinal Jean-Claude Turcotte says he cannot remain in the same prestigious club as the man who fought for abortion rights in Canada.

"My initial reaction was that they are cheapening the Order of Canada by giving it to someone so questionable..."

I didn't pay too much attention at the time , because as everyone knows the campaign to get people to return their medallions has been a miserable flop. The flood that never happened.

But then I started to wonder why the anti-choice fanatics weren't making a bigger deal of Turcotte's decision to return his bling. Even Lifeshite buried the story.Their reaction was so muted it was almost as if they were trying to HIDE something.

So I did a little digging and discovered it was all because of this guy.... 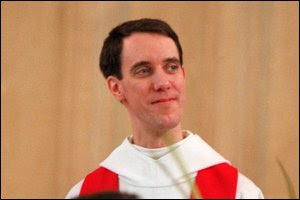 Phillippe de Maupéou, a Montreal priest who pleaded guilty to molesting an 8-year-old girl ....by stroking her breasts and her private parts...and making inappropriate gestures towards another.

And how the Archbishop reacted when de Maupéou finished serving his community sentence last month. By rewarding him with a $60,000 bursary to study law in Ottawa.

And declaring that he wasn't really a pedophile...but had just made a mistake.

"We had him treated...he spent several months in a specialized institute to determine if he was a pedophile or whether it was a behavioural mistake. We know he's not a pedophile modern science tells us that....I can even tell you that he served his sentence at my place. I took him into the bishop's office because one tries to be charitable towards people like that...."

And here's the kicker. The Archbishop says the non-pedophile law student can be useful to him by dealing with lawsuits involving the Church.

Oh boy. No wonder the anti-choicers are hushing that one up. Let's see...what does the little group that has returned their medallions include ? A dead nun, a convicted child abuser, and a now a pedophile protector.

Who will they dig up next I wonder?

You know before the Archbishop accuses anyone of cheapening anything he should take a good look at himself...and his Church. Shame on him. Shame on them.

I'm glad Turcotte is returning his Order of Canada. Henry Morgentaler deserves it.