Harper and the Monsters in the War Room 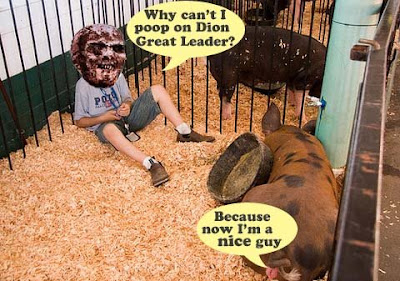 Oh no. Somebody call a vet or a monster therapist. It looks like the boys in the Conservative War Room are feeling a little demoralized. WAAAAH !!!

Awwwww. Poor little things. Do you think it's EASY to run a pig sty?

The Conservatives have suspended their director of communications for suggesting that a father of a slain soldier spoke out on Canada’s Afghan mission because he is a Liberal supporter.

But what really has the nasty nerds in the War Room upset ...as in boo hoo hoo... is that Big Daddy is trying to disown them.

“I want to make it very clear that I have set a tone and I set an expectation for this campaign and as leader, I’m going to make sure that that is followed all the way to victory..." 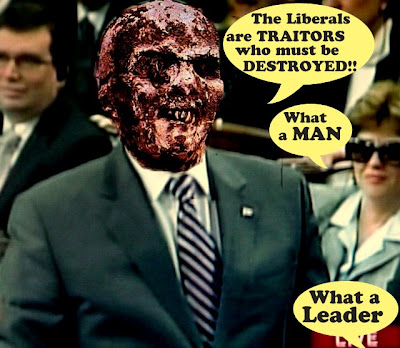 This isn't a campaign mistake. It's a sick pattern of behaviour.

This is the party that accused critics of the Afghanistan mission of supporting the Taliban, implied that the Liberal MP Navdeep Bains had links to terrorism, and forced from office a non-partisan nuclear regulator because she dared to act independently rather than kowtow to the Minister of Natural Resources. It is the party that is currently at war with the agency that regulates our elections, because it dared to investigate potential campaign spending infractions.

Party workers from the lowest levels take their cues from these overly aggressive tactics, some of which have originated with the Conservative Leader, Stephen Harper.

The most twisted, thuggish, dangerous leader Canada has ever known.

After this every time one of those leering Conservative attack ads plays on TV, Canadians will remember the little monsters in the War Room who would smear the father of a dead soldier. And think what rotten sleazy bullies these RepubliCons are. Or just shudder with disgust.

So instead of hurting their opponents, the ads will end up biting the Cons in the ass. Won't that be fun to watch?

And then there's the BEST part.

After this Stephen Harper's absurd granny drag act, where he puts on geeky sweaters, slobbers over babies, and pretends he's a nice guy, will look even more ridiculous and FRAUDULENT. 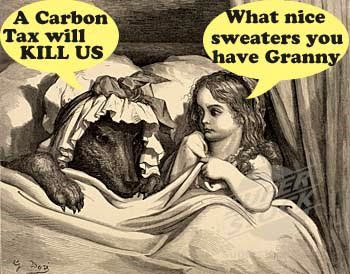 Not a granny. Not a nice guy. NOT a leader.

Who would kill Canada if he could....