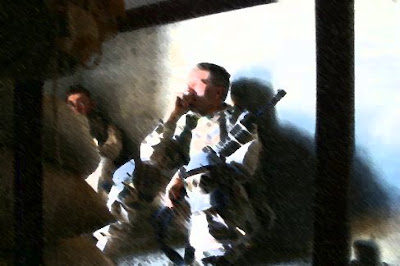 As I watched the Presidential debate tonight I wondered whether Obama would fall for John McCain's Big Iraq Lie. And sure enough he did.

He allowed McCain to claim that The Surge was a big success....and that the United States was winning the war in Iraq.

“Senator Obama doesn’t understand the difference between a tactic and a strategy.” Mr. McCain also that “Senator Obama refuses to acknowledge that we are winning in Iraq.”

Which made McCain look like a wise soldier, instead of a senile idiot.

Because as I pointed out recently, The Surge is a mirage. And the only winners are the mullahs in Iran.

And because of that, victory in Iraq is more like a nightmare....especially for women and gay people.

Large parts of Iraq are now under the de facto control of the militias and their death squad units. They enforce a harsh interpretation of sharia law, summarily executing people for what they denounce as "crimes against Islam". These "crimes" include listening to western pop music, wearing shorts or jeans, drinking alcohol, selling videos, working in a barber's shop, homosexuality, dancing, having a Sunni name, adultery and, in the case of women, not being veiled or walking in the street unaccompanied by a male relative.

It is a death sentence in today's "liberated" Iraq to love a person of the same sex, or for a woman to have sex outside of marriage, or for a Muslim to give up his or her faith or embrace another religion.

Even children suspected of being gay are abducted and later found shot in the head. 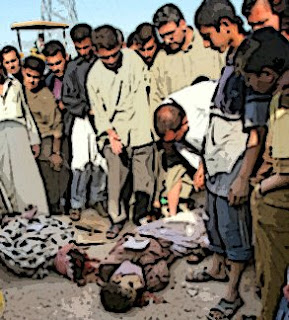 They destroyed the only secular country in the region, where women were relatively liberated, gays were relatively safe, and turned it into a slaughterhouse run by religious fanatics, who take their orders from America's biggest and most dangerous enemy.

But Obama either bought the myth that the surge was a success, or he knew he couldn't fight it. Because he let John McCain get away with murder. He let a dangerous myth sound like the truth again. And it will come back to bite him.

Wouldn't it be ironic if the war that should have won the election for the Democrats...ended up losing it for them?

Because the truth didn't set us free. The screams of the women and gays of Iraq fell on deaf ears.

And the Big Lie killed us all...