When Canadian Athletes are Heroes 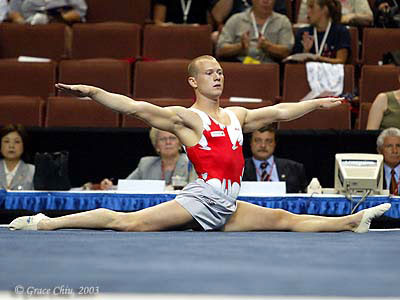 I don't like calling athletes heroes. It demeans the word. But we do have some heroic athletes on the Canadian Olympic team.

Like Kyle Shewfelt whose Olympic dream ended the other night quickly and sadly.

I woke up this morning smiling. I did what I wanted to do. I've done a lot that I'm proud of in my gymnastics career. I came back from two broken legs. How amazing is that?

So tonight I'm pulling for the two guys still left in the competition. Nathan Gafuik who has his own challenges.

Gafuik suffers from a rare condition called Addison's disease, which prohibits the body from producing adrenaline. As a result, he tires easily. He struggles to recover from injuries... Travel is tough, because his energy levels drop. And a minor gash can turn into a major medical emergency.

But has never let that stop him... 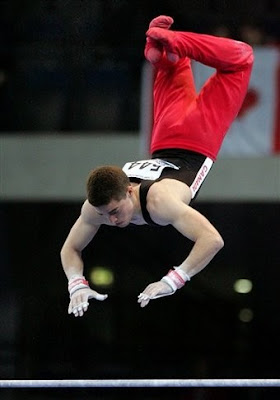 And Adam Wong who missed most of last year with a ripped achilles tendon. 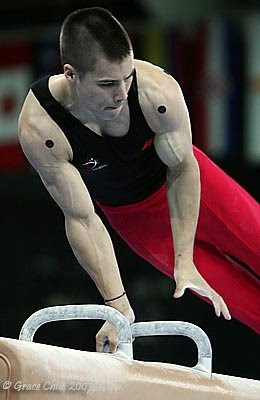 But fought his way back to become the reigning Canadian champion.

And then, of course, there is the pool god Alexandre Despatie. Who had to struggle in the last few months to recover from a broken foot...that really screwed up his training.

He's a BIG favourite in this place. We thought he was cute when he was a little kid. 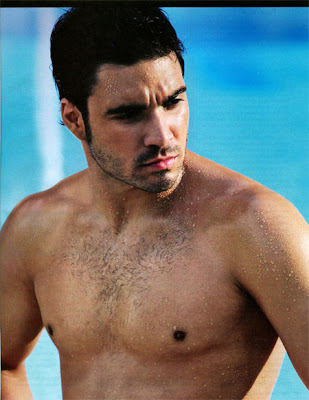 We may be a crazy bunch of Québécois left-wing gay separatist sympathizers and anarchists. But we're also proud Canadians. The bourgeois prig Pauline Marois can go jump in the pool. We're proud of Team Canada.

And we don't care how many medals they bring back either. I know they are all doing their best.

All they have to do is be as dedicated, as brave, and as classy as Kyle, Nathan, Adam and Alexandre.

some of these people are just great people!!!

i was raised by a jock dad who always said, 'it's not if you win or lose but how you play the game'. a bit to his chagrin i took this very seriously and strived to be a good sport rather than a great athlete like my older sister.

but i still hold true to this. it's how you play the game and these young men's perspectives reflect that genuinely. i get so ticked when canadians go on about having better facilities......with so many social ills to address it seems ironic that some of the world's best athletes were raised running barefoot in the wilds of their developing nation.

Well if mother country England media will say its crazy to prohibit the waving of Scottish flags, why in the world should Québécois need be more catholic than the Pope? I mean more anglican than the Queen...

i actually quite shocked when i heard Nathan got the addison.The first time i saw him,i found he was really cute and adorable,his great performance though the judge doesnt like is impressive.
Truly,having attitude,persistence makes one stronger than evr.btw,i really like him...

Hi Scout !!! I agree. My dad taught me the same thing your dad taught you. I am pretty competitive...as you can probably guess...but I always try to be a good sport. As for out athletes, if people only knew how hard they have to train they wouldn't say some othe things they've been saying just because we haven't got any medals yet.
Attitude is EVERYTHING and these losers really suck...

Hi anonymous....well of course when it comes to the question of not being able to wave the Scottish flag.... I'm OUTRAGED!! ;)

Hi Ur!!!! yeah it really is an amazing story. Training for the Olympics is hard enough, so how Nathan does it I just don't know.
No wonder he's Kyle's hero.
And I don't blame you for really liking him...he is cute.
Although my favourite in that department is Adam Wong... :)