The Killing of Tim McLean 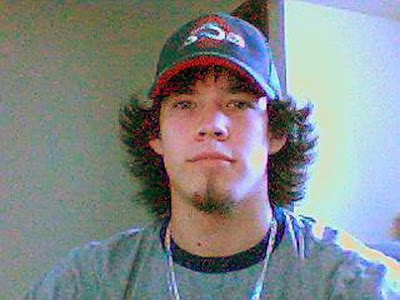 It's one of the biggest stories in the world. The most read story in the London Times Online. The most popular news video of the week on YouTube. The tabloids can't get enough of it.....the nightmarish killing of Tim McLean.

I suppose it was inevitable. It's Halloween AND The Night of the Living Dead.... on a bus. But I still find the frenzied ghoulish coverage, and some of the reactions it is conjuring up from bottom of the human gene pool, absolutely nauseating.

The bloodthirsty calls for the killer AND his family to be punished. Even though we live in Canada, the man is obviously mentally ill, and his poor family must be devastated.

And then to make matters even worse, there's the screeching chorus of blowhards accusing the other passengers of being cowards. Like this commenter in the Globe.

Or this collection of ignorant chickenhawk shite

There are lots of ways to take a knife away. How about some MEN stepping up, you know, like more than one? How about throwing a blanket over him? How about a tire iron? Bussess do have them. Canadians=pussies.

Which is ridiculous, further victimizes the passengers, and forces me to say this: I've been taking martial arts since I was knee high to a grasshopper. I've been in more fights with bigot bullies in Canada and Scotland than I can count. I'm pretty confident I could disarm just about ANYBODY coming at me with a knife or a broken bottle or whatever.

But in the dark confined space of a bus, faced with a man in a psychotic frenzy and armed with a big knife, and with the victim obviously mortally wounded, even if I wasn't shocked out of my sleep as they were, I would have done EXACTLY what they did. Trap the man in the bus and hold him there until the police arrived.

And anyone who suggests they would have done anything differently is both a wanker blowhard AND a bloody idiot.

When the news cycle moves on there may be some lessons to be learned. All of them to do with how to better identify and treat mental illness. One can only hope.

But apart from that all I take away from this tragedy is that a decent, gentle, hardworking, Canadian kid died in a horrible act of random violence.

That there was nothing anyone could have done to save him.

And that Tim McLean was loved by many. 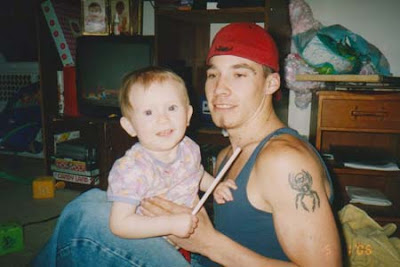 "He was a little guy with a heart bigger than you can know. He made friends effortlessly, disliked no one and accepted everyone for who they were..."

And will be sadly missed by them for the rest of their lives.

Just like the passengers on that bus will be traumatized forever.

Everything else is meaningless... just ugly noise.

P.S. Unrepentant Old Hippie, Dr Dawg and the Vanity Press all have excellent posts on this subject.
Posted by Simon at 2:02 AM

But in the dark confined space of a bus, faced with a man in a psychotic frenzy and armed with a big knife, and with the victim obviously mortally wounded, even if I wasn't shocked out of my sleep as they were, I would have done EXACTLY what they did. Trap the man in the bus and hold him there until the police arrived.


Exactly. It seems the only people saying that "The passengers should have done this or that!" are the ones with absolutely no concept of how to handle themselves in a similar situation in broad daylight and a wide open space, let alone coming out of sleep (or near sleep) in a dark, confined space.

(thought you were done blogging for a while–was cleaning out my inbox, saw your email to me and thought I would pop by and see what was up–now I've got some catching up to do!)

if you watch the interview with Garnet Caton he even says that him, the bus driver and a truck driver went back with weapons but by that time Li was cuting the head off.. the interview was done the same night of the murder because he was still at the hotel

Hi jay!!! Nice to hear from you again. I hope everything is good with you. Yeah those blowhards really piss me off. Like those poor passengers need some idiots calling them cowards after what they've been through.
As for the blogging....I did head off to Scotland for a bit. But after a face plant with reality I came back...like the cat
I actually wasn't planning to do as much blogging this summer. But then I wasn't planning on all this rain either.
But bear that in mind if you read these posts.
And cut me some slack... :)

Hi anonymous...yeah as I said in my post I thought the passengers behaved admirably.A lot of people faced with that sudden and hideous crime would have been paralysed with shock.
So I thought they did pretty good and I wish people would just have the decency to leave them alone.