How Donald Trump's Inauguration Turned Into A Nightmare 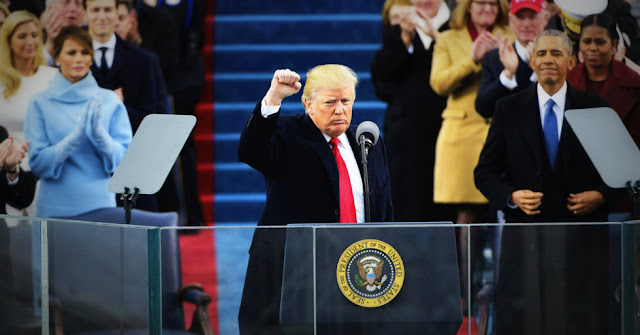 Donald Trump's inauguration was supposed to be a magic moment that would mark his arrival on the word stage.

A glittering affair fuelled by millions of dollars in corporate donations.

But instead it turned into a huge embarrassment.

When side by side photos revealed that Obama's inauguration had attracted way more people than his had.

Despite Trump's efforts to cheat and make his crowd look bigger or more bigly.

A government photographer edited official pictures of Donald Trump’s inauguration to make the crowd appear bigger following a personal intervention from the president, according to newly released documents.

The photographer cropped out empty space “where the crowd ended” for a new set of pictures requested by Trump on the first morning of his presidency, after he was angered by images showing his audience was smaller than Barack Obama’s in 2009.

And then there was that other embarrassing moment, when Melania showed her true feelings for him.

But even those embarrassing inauguration moments can't compare to this one.

Federal prosecutors in New York on Monday delivered a sweeping request for documents related to donations and spending by President Trump’s inaugural committee, a sign of a deepening criminal investigation into activities related to the nonprofit organization.

For who knows what will happen, or what Rick Gates told Robert Mueller. 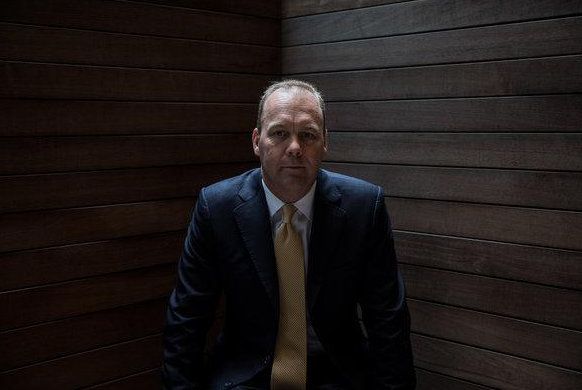 Much of the committee’s fundraising and operation was headed by Rick Gates, a former senior Trump campaign official who served as a deputy chairman of the inaugural committee and is cooperating with prosecutors as part of special counsel Robert S. Mueller III’s investigation.

But it's probably not going to be pretty.

At Manafort’s trial in Virginia in August, Gates testified that it was “possible” that he stole money from the inaugural committee by submitting false expense reports for his work.

You know, I hope that the next President, who will almost certainly be a Democrat, invites Robert Mueller to his or her inauguration.

For he will have shown that the Trump regime was corrupt from the day it was sworn in.

And with a little bit of luck, he will have sent the Trump crime family to the place where they always belonged... 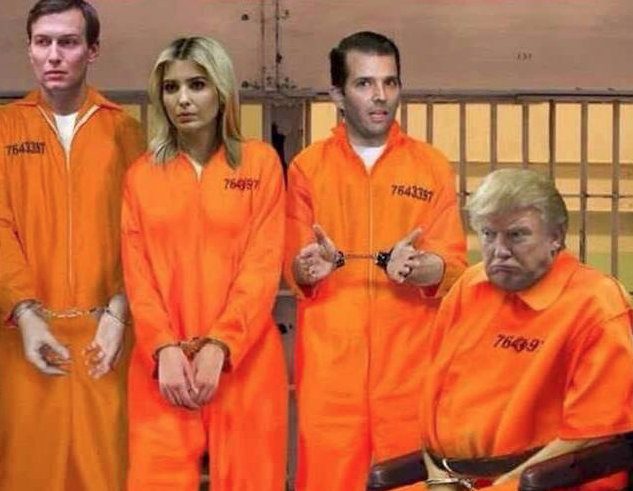 Not only that, but his two "adult" sons are cat-killers. The disgusting pigs were smiling, posting themselves holding a leopard they had murdered.

That shit is a canned hunt; it has nothing to do with ordeals involving a hunt where a young man of certain African peoples had to bag a large feline with nothing but a spear and perhaps a knife (for the coup de grâce). Often the lion or leopard won.

By the way, I was hunting for a warm winter coat on deep discount at the Bay among other places, and actually saw some merch on the discount racks from Ivanka. No, I didn't buy any, and not only because I loathe that bunch, but because it was horrifically tacky, quétaine.

Trump makes Nixon look like a choir boy right about now. Every single aspect of his life is under investigation by either Mueller or the Southern District of NY.
As each layer is peeled away, another layer is revealed and another until one day they will reveal the state of the onion. This will not end well for the Trump family. Their greed is such that they treated their own charity as one big piggy bank, frequently raided by the Trump piggies. Now that is pretty low, even by their standards.
I love the picture of the Trumps in their orange jumpsuits, Simon. Especially Ivanka. It would go well with one of her very own tote bags. https://www.ebay.ca/itm/IVANKA-TRUMP-Tangerine-Leopard-Simulated-Leather-Tote-Bag-14-x-13-x-6-NWT/173771803044?hash=item28759b49a4:g:5qAAAOSw7OdcU4G0
It contrast's well with her orange garb and the chain links clanging together will make her feel right at home.
JD

It'd be nice if the bloated war pig living high on the hog found himself locked in the pen during the Year of the Pig. Gung Ho Fat Nixon!

some merch on the discount racks from Ivanka

I hope you did not touch anything. If you are not feeling well—heart palpitaitons, dizziness, etc—see your family physician immediately.

This is just Donald Trump keeping one of his key campaign promises. He said he was going to drain the swamp. Some of those indicted or under investigation may have thought that he meant Democrat swamp dwellers but he is draining it.

Hi Lagatta...I loathe trophy hunters so much I can't even look at their disgusting pictures. I like hunting animals...with a camera. You get the excitement of hiding and stalking an animal, like we used to do when we lived in caves, but nobody ever gets hurt. In Scotland I also refuse to stay in any hotel or eat in any restaurant that has stuffed animal heads on its walls. I have my principles....😉