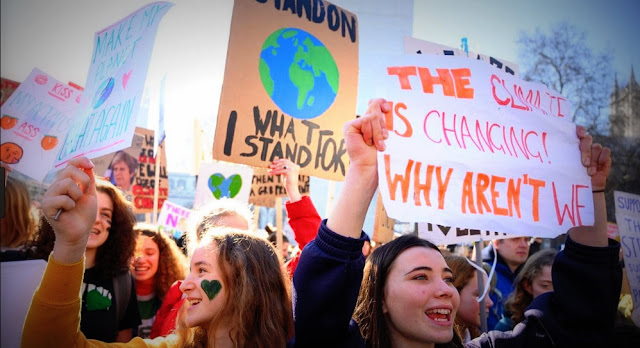 It was amazing sight, thousands of children and teenagers protesting all over the U.K.

After going on strike, and walking out of their classrooms, to demand action on climate change.

The newest generation joining the war on global warming.

It's a historic moment, so I was glad to see George Monbiot salute the children and thank them for giving him hope that we can avoid a climate catastrophe.

The Youth Strike 4 Climate gives me more hope than I have felt in 30 years of campaigning. Before this week, I believed it was all over. I thought, given the indifference and hostility of those who govern us, and the passivity of most of my generation, that climate breakdown and ecological collapse were inevitable. Now, for the first time in years, I think we can turn them around.

For hope is everything.

As well as acknowledging that his generation had trashed the planet.

We have lived as if your lives had no importance, as if any resource we encountered was ours and ours alone to use as we wished, regardless of the impact on future generations. In doing so, we created a cannibal economy: we ate your future to satisfy our greed.

Which is great, better late than never. 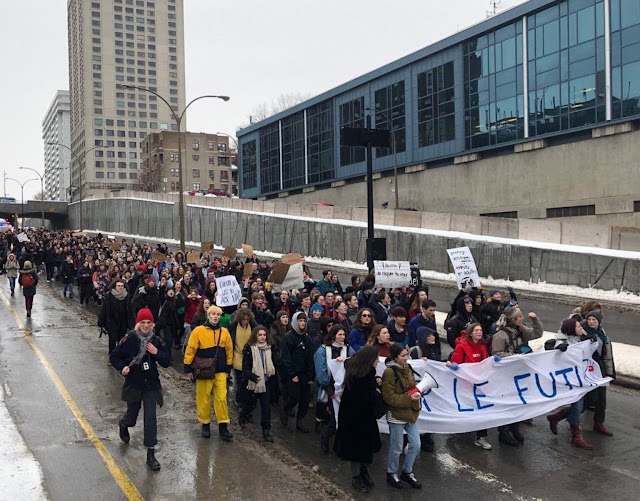 Thousand of young people marching down the street in Montreal yesterday.

As the children's climate strike movement spreads all over the world from Canada to Scotland to Australia.

And back to where it began in Sweden, with the incredibly brave and determined Greta Thunberg. 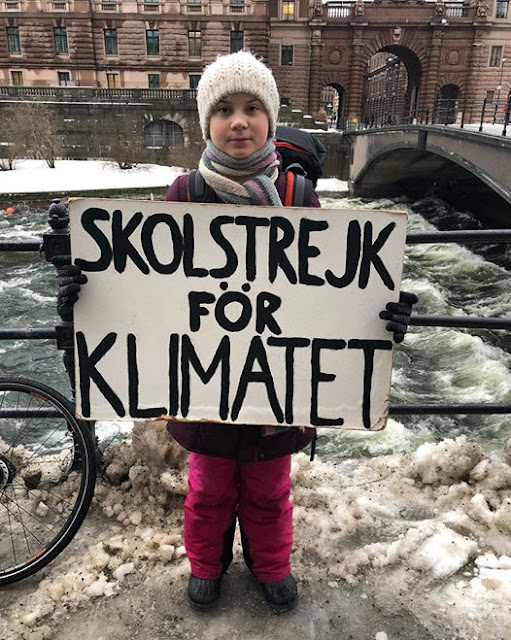 Which is really bad news for these homegrown climate change deniers... 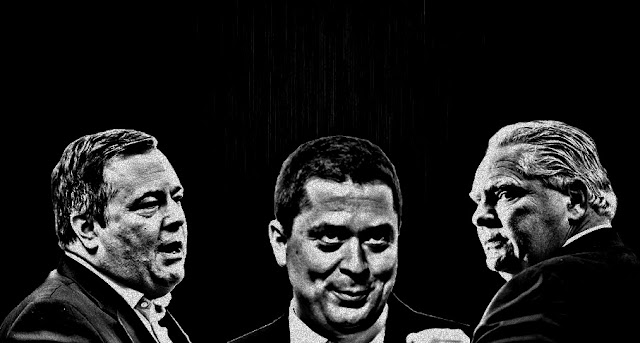 For now they really are living on borrowed time.

Climate change and carbon taxes are going to be huge issues in the next election.

The future is rising.

And their days are numbered...

The Con self fulfilling prophesy "Science is junk, the end is already written in the scriptures, lets promote all of the fear, greed, bigotry and lies we can muster to make it come true"
RT

Greta Thunberg gets almost as much hatred and threats on her social media feeds as Justin Trudeau, Hillary Clinton, and the Parkland students. If the likes of Doug Ford and Fox News are what passes for the adults in the room, then maybe they should just be sent off on an ice floe to sink off the coast of Siberia somewhere and let the kids take over for awhile.

Its really for the children. I dont have a Tesla but there is a good argument that if you can afford a Honda Accord you can afford a Tesla. Its all in the life cyle costs. Car nuts who salivate over o to 60 and Torque pooh pooh the fastest safest car in the world because once in a blue moon they might have to wait 15 min at a charging station.

Well here in Alberta UCP leader and wannabe premier Jason Kenney in his promise to roll back minimum wage increases has called children, younger workers under 18:
" Limited Human Capital"!
I look at my beautiful grandchildren with their fantastic potential and the problems we are leaving them to solve and the I look at the freakish Jason Kenney and his dreadful political history and the label I come up with is "Hon.Waste of Space!"

"Greta Thunberg gets almost as much hatred and threats on her social media feeds as Justin Trudeau, Hillary Clinton, and the Parkland students."
That is as cowardly and deplorable as you can get and guaranteed they will emanate from some form of right wing trash. Jailing these cretins would be near impossible, however, the social media giants who allow this garbage to pervade and permeate on their platforms have to identify and or shutdown these lowlifes on the spot. Failure to so should result in huge fines and we know when their bottom line could be affected, they will suddenly grow the balls to do what they should have done a long time ago.
JD

Larry, Curly and Moe: Fake news, Hitler's no threat! Like all good Cons, he just wants to make gobs of money by destroying the world. What are you, a commie?

Truedough: Uh, Hitler's a huge threat! Let's put a small tax on German goods, so people buy less. Then we'll refund some to the poors who don't buy much German stuff anyway. But what's the point of having a huge arms industry if we can't sell to Hitler; let's triple sales to Germany. Peace in our time!

Jaghead: Hitler? Let's first get me elected to parliament. In the meantime, we support Marshal Pétain, uh I mean Rachel Notley, in Alberta!

Useless idiots, all of them. As Ariana Grande would say, "thank you, next."

I've never had a car, and I'm probably older than you. That said, despite certain drawbacks it is far better to go electric. Obviously better still to go carfree (and use a carshare scheme when you need one) though I realise that is not an option for many people.

When People Complain about an Amber Alert concerning a missing Child, what does this say about Society????????

I do suspect most of those minors are actually teenagers. Children in the sense of minority/majority, but most 15-year olds would be mightily pissed off to be called children.

True, but it is even more important to reconfigure planning so that more people can get around without owning an individual car. Of course this won't happen for everyone living in sparsely-populated or remote areas, but the vast majority of motor vehicles in Canada are used in urban and suburban areas. Suburban sprawl is a major cause of pollution.

Bringing back closed rail lines - and bus lines - is a social necessity. Smaller buses could be used if there are fewer passengers than in earlier years. There are many places, especially in the West, where I simply can't travel now.

I says that police should put the alert out at supper time, when the girl's mother first complained, instead of in the middle of the night when people are sleeping. It says the cops should forget about sending out a second alert hours later to announce the cancellation of the first alert. It says more thought ought to be given to whether we should be sending out amber alerts to cellphones, instead of using TV and radio to notify people who are already awake.

Questioning and complaining about the alert system in no way minimizes the girl's death or issues of domestic violence. Authoritarians love to conflate the issues to silence voices that complain about police intrusion into our everyday lives.

Kathleen, I would bet those are the same people who would risk the lives of others and their own as they play with their stupid smartphones while driving. The world revolves around them and nothing else matters unless it affects them, like maybe a stiff fine and a loss of license.
JD

No there is no argument to be made. A Tesla is $30,000 more than a Honda Accord. You just made this up. And until be can get solid state batteries for cars it's a lot longer than just 15 minutes.