The Sad End Of The Mars Rover Opportunity 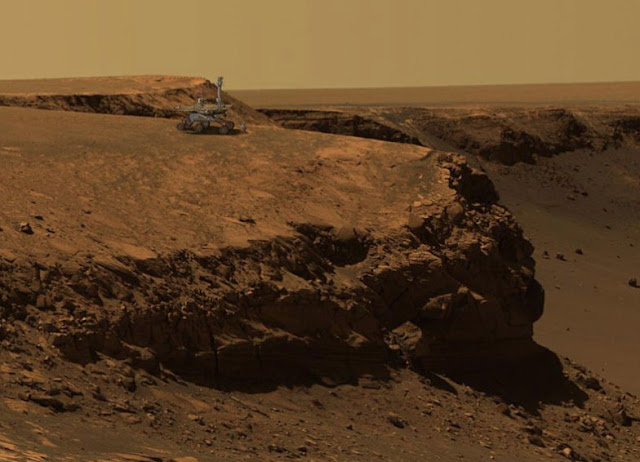 Ever since I was I was a boy, I have been fascinated with robots, and today I have quite a collection of battery operated ones.

Little and not so little ones that roll all over the house, amuse my friends and scare their dogs.

But there are no robots that fascinate me more than the ones exploring Mars.

So today I am in mourning. 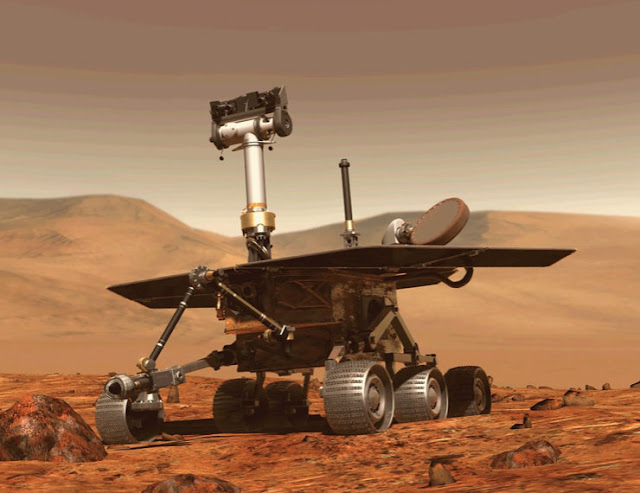 After the death of NASA's Mars rover Opportunity.

Opportunity, the longest-lived roving robot ever sent to another planet, explored the red plains of Mars for more than 14 years, snapping photos and revealing astonishing glimpses into its distant past. But on Wednesday, NASA announced that the rover is dead.

It was only supposed to last for three months, but it survived for almost fifteen years, providing evidence of what the red planet might have looked like once, and its eventual fate.

The evidence offered a picture of early Mars: a once-habitable environment that became harsh, as volcanic eruptions turned the waters acidic and the entire planet dried out.

And sending back some amazing pictures.

Like this picture of a dust devil spinning across its barren surface. 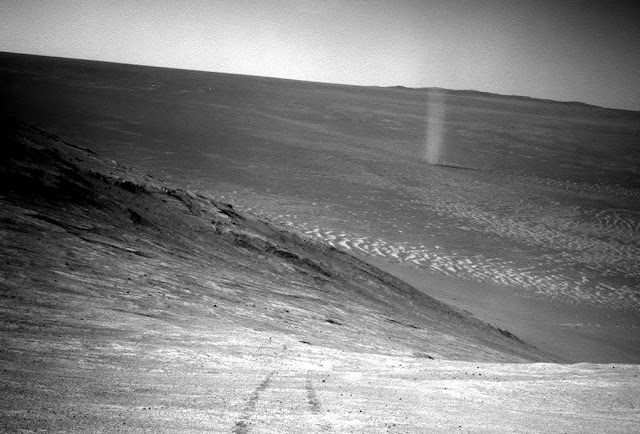 Or this one of an iron meteorite. 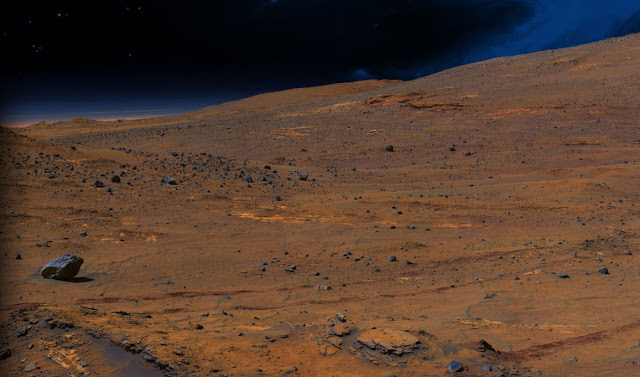 Before it was killed by a massive planet wide dust storm last summer.

And sent out this last message. 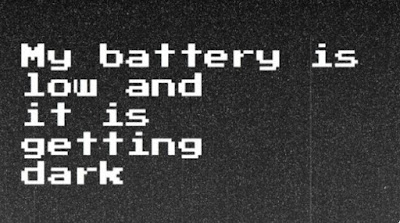 It was a sad end for the little rover they called Oppy.

But what an amazing journey it was...

It was of course just a robot, and a tribute to the humans who made it, landed it on Mars, and directed its mission.

But I found this cartoon both funny and sad... 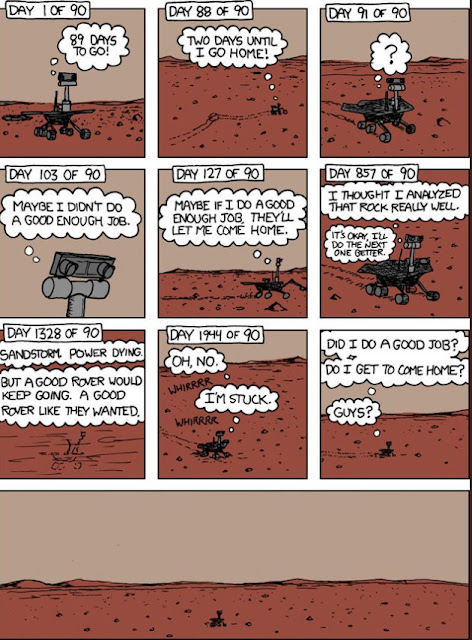 So I hope that if humans ever manage to make it to Mars, that they will bring Opportunity home, and give it a place of honour in a Space Museum.

So the people of the future can be reminded of its amazing journey.

And celebrate its achievements...

Rarely if ever agree with you politically, but I enjoyed this piece. Thank you.

I remember Sputnik and the later mission with the space dog Laika.
Now we have China on the dark side of the moon, a feat coroborated by pictures from NASA's lunar orbiter.
It is too bad that we view things so competitively.
Elon Musk's vision for a colony on Mars is based on the hope for our species future survival.
In my lifetime we have reached Mars and sent a machine out of our Solar System.
These feats were accomplished by members of our species who were driven not by religious or nationalistic impulse, but by the Scientific Method. A way of thinking that is the only one that produces real results.
When the US was spurred into action by the beeps of Sputnik, it was Science education that was promoted and it did the job.
That way of thinking put men on the moon and that little robot on Mars.
It was not economics or a particular economic theory.
Now China,until the 18th Century, the greatest industrial power until a Portuguese priest stole, perhaps in the first instance of industrial espionage, the secrets of porcelain china. Now China has adopted the way of thinking that produces results. Over 30000km of high speed rail. A probe on the dark side of the moon.
Where is North America?
0 km of high speed rail.
No intercity bus travel in Canada.
Moribund because of a lack of focus on science education, with religion respected instead of just being tolerated.
Science denial is the rule.
Trusting Zeus, Marx or Hayek or any other god, won't put a robot on mars.
Scientific thinking will.

The state of intercity bus travel in Canada is dire, but 0km is an overstatement. One of the rail lines (southern) through the Prairies has been abolished, and there are no longer trains between Montréal and Sherbrooke.

I was very sad when Oppy died too, but I also talk to my plants, to say nothing to my cat, with whom I have long and spirited conversations.

That was beautiful, thank you. If only humanity could employ its talents for peaceful projects like that our planet could be so much better.

whats sad is most forward thinkers think life on Mars will be better than Terra Firma.

Thanks for the post Simon and to the hope that one day in the not too distant future we will be able to leave the planet as explorer/settlers and not as desperate refugees. Mars is an example of just how fragile a potential life supporting ecosystem can be.
RT

My understanding is that Greyhound has pulled out of Canada with only a Seattle to Vancouver coach.
Saskatchewan's Bad Wall scrapped the Saskatchewan Government coach line.
Via Rail's offerings in Western Canada are usually 24 hours late and manage an average speed of 50km/hr, with precedence being given to oil, freight and grain trains
I have no knowledge of coach/bus lines east of Winnipeg, Or should I say in Upper and Lower Canada.
I remember Voyageur Coach Lines in Ontario and Quebec from 50 years ago.
But if you want to see Canada by Greyhound you are out of luck.
By highspeed rail I'm referring to France's TGV or Eurostar or Japan's Bullet train.
Nothing like that on the North American Continent.
I'd love to be proven wrong!

thank you for your thoughts. As I watched it on last nights news, it was very sad. I like the robot. He did a lot for us and science. Yes, if we ever get there, lets bring him home. he sort of reminded me of a pet.
To the people who created him THANK YOU. You made a great robot and it is truly amazing it went for 15 years. Who says Americans don't make good products any more.

Well they did ...15 years ago!!
Tesla's are made by a South African/Canadian ...an immigrant to the USA!

Awesome post Simon and great timing. Leaving this world, even for a little while is just what we needed.
Oppy has been an amazing workhorse that's gone way beyond the call of duty. It would not surprise me at all that if the winds were to suddenly come in and blow the dust off, perhaps Oppy could come back to life. If not, it's been quite a ride that's inspired awe worldwide regardless of political stripe.
Thanks Oppy and thank you Simon.
JD

As lagatta à montréal says, "The state of intercity bus travel in Canada is dire, but 0km is an overstatement".

It sure ain't good but it is not dead yet.

As for high speed rail in Canada, the Liberal Gov't in Ontario announced a London–Toronto link that the new Progressive Conservative Gov't look ready to scuttle it. Well, it was a Wynne project!

From what we have seen from Doug Ford, Ontario probably will be getting express oxcarts as the alternative. (Am I getting a bit cynical?)