The Return of the Monstrous Chris and Kellie Show 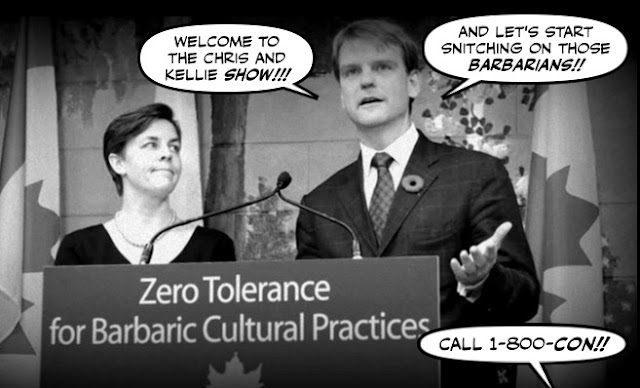 The other day I wrote about how Kellie Leitch's "Anti-Canadian Values" campaign had brought back memories of the Chris and Kellie show.

The barbaric Con production where Leitch and Chris Alexander demonized Muslims, and invited Canadians to snitch on their neighbours.

And it was such an ugly memory, I remember thinking thank goodness that show was cancelled, and that those two will never be together again.

But sadly I was wrong. Because it seems that the Chris and Kellie show is on again.

Alexander is planning to run for Con leader, and that shabby leadership campaign is now officially a freak show.

Former immigration minister Chris Alexander is close to jumping into an already crowded race for the Conservative leadership. A Conservative source told the Star Thursday Alexander is actively collecting signatures for his nomination to the race, a necessary step before filing the official paperwork.

Because while I can easily guess what the other candidates must be thinking... 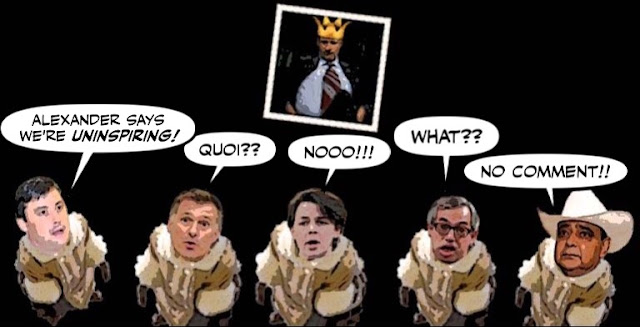 “You’re going to be hearing from me soon; I’m going to be running for leadership,” Alexander said, according to the report.

I can't imagine what Alexander must be thinking.

Does he think that Canadians have forgotten his monstrous years in power? 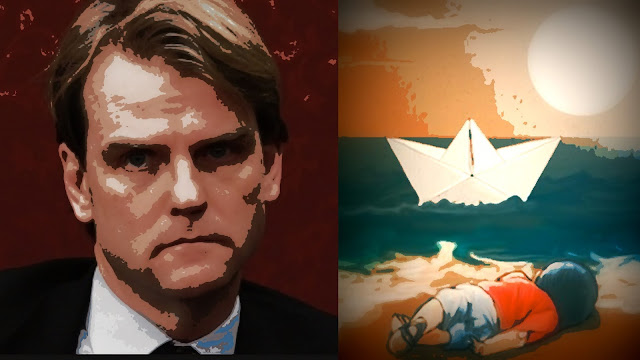 Does he think they have forgotten how his failure to answer that little Syrian boy's uncle's desperate plea for help, led to that tragic death on the beach.?

Does he think we have forgotten how he demonized refugees, with Leitch, or all by himself...

And sought to divide Canadians for crass political purposes.

While serving his depraved master so faithfully... 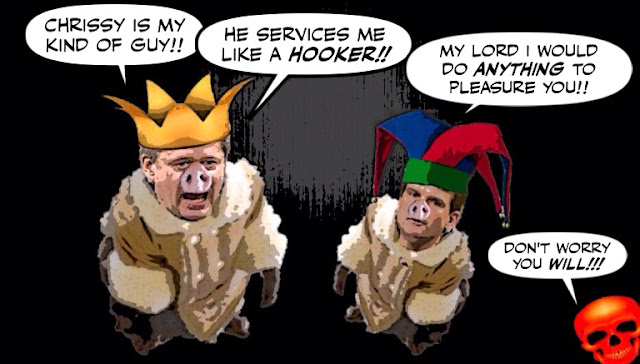 Does he really think our memory is so fragile.

It really is unbelievable, but here's the good part. For his co-host on the Chris and Kellie show, Alexander's return couldn't be worse news.

Because just as she's trying to moderate her message, and is now claiming her campaign is not about "anti-Canadian values" it's about "Canadian values."

Along comes Alexander to remind Canadians what it's really all about... 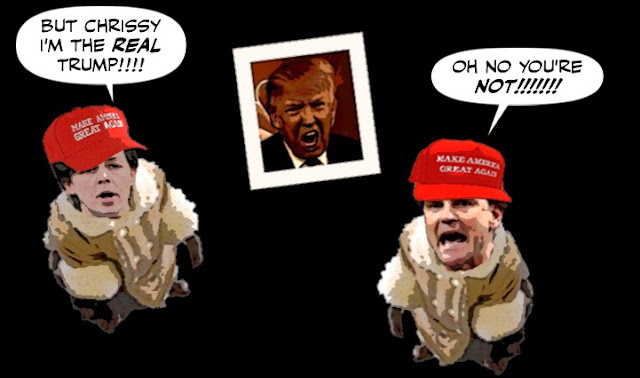 Two little Trumplings trying to capitalize on the wave of racism and xenophobia south of the border.

Even as the hideous homophobe Brad Trost, who is also planning to run for Con leader, suggests that Leitch herself could be promoting anti-Canadian values. 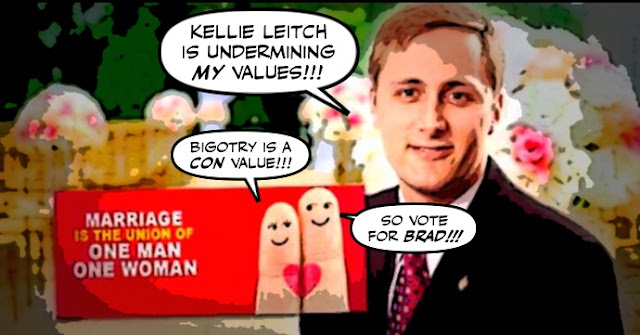 Conservative leadership contender Kellie Leitch's draconian proposal to force immigrants to pass an "anti-Canadian values" test is leaving at least one person who opposes the rights and freedoms of gays and lesbians "feeling discriminated against."

That person is fellow Conservative leadership candidate Brad Trost, who is not himself an immigrant but instead opposes same-sex marriage.

Which tells you all you need to know about the leadership race, and the state of the Harper Party.

And must have Rona Ambrose screaming to see her allegedly new/nouveau party revealed to be the same old party of crazies and bigots.

And no doubt wondering, because she is that dumb, why the leadership race can't attract better candidates... 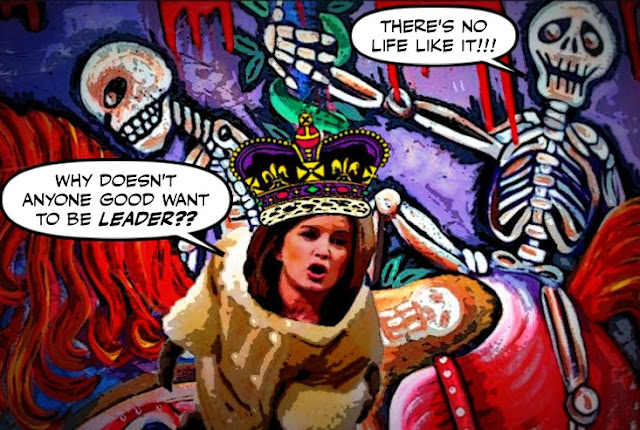 And the answer is really simple. The Cons can't shake off the Harper legacy.

They are trying to poison this country again, but are only poisoning themselves.

And they are and hopefully will remain, the party of the dead...

It seems that the circus south of the border is fuelling these crazies. How depraved! After that poor little boy washed up on Turkish shores (because his aunt's letter to Chris Alexander was ignored), this man can show his face is beyond the imagination. I recall he even had the nerve to whine about the scrutiny he received afterward.

We are coming up to the one year anniversary when we threw these hooligans out of our House! This government has an even higher approval rating than when they won the election. Creepy Harperites have no clue that this doesn't and never worked in Canada. Evidently, not only are they showing what rascist slime they really are, they are also showing us how unintelligent they are. Earth to Tories: this will NOT get you elected!
TS

Well,I feel a bit discriminated against. I have to share a country with Brad Trost. At least Ted Cruz had the decency (?, not really a word I'd apply to him) to leave the country.

And I love this: Leitch recently admitted she's not closing the door on a ban on Catholics either. At last count a bit over 12 million Canadians identified as Catholics. Let's see, perhaps 8 million would be eligible to vote?

Maybe we should throw our support behind her?

Chris may be correct that the current field of candidates are not inspiring, but then neither is he. In my opinion the field is lacking because Harper was a party of one and most with half a brain left the party. It is doubtful things will improve and that is a shame because a healthy democracy requires choice and a country with a political system with 3 major parties and a couple of smaller ones is so much healthier than what we have south of the border. A democracy is about choice. For that reason it is important that the Conservative Party/Progressive Conservative Party finds it way back to represent a more main stream view of politics.