The Trudeau Summer and the Slow Death of the Cons 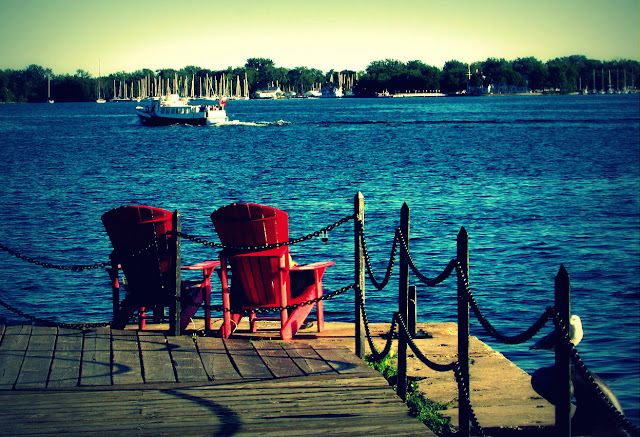 It still feels like summer in the place where I live, but fall officially arrives tomorrow.

So I have been spending as much time as I can soaking up every precious ray of sunshine.

And I am finding it very hard to get excited about the return of Parliament.

For just one quick glance at Question Period was enough to send shivers down my back. 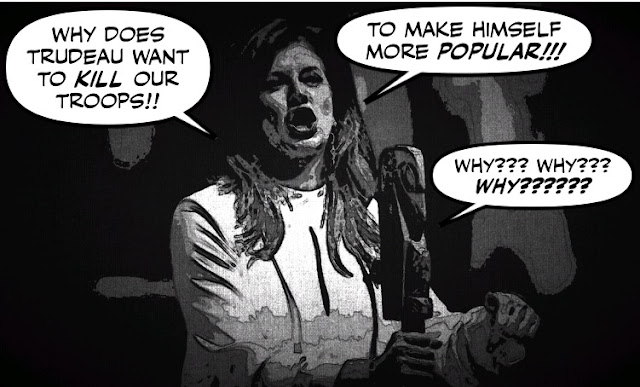 For it has become the place where the Con dead gather.

The Conservatives pushed back against the government's plan to take on a peacekeeping mission Monday as MPs returned to the House of Commons, accusing Prime Minister Justin Trudeau of treating the military as pawns in a bid for a seat on the UN Security Council.

Accusing Justin Trudeau of using Canada's soldiers as pawns, when nobody did that more often or more shamelessly than her fallen leader Stephen Harper... 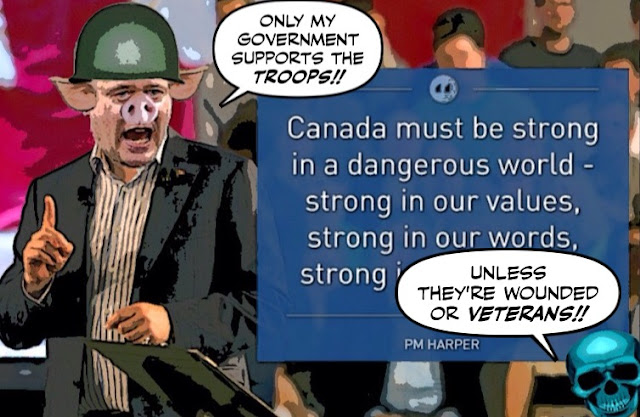 And failing to understand that our vote to defeat him, was also a vote to restore our proud peacekeeping traditions... 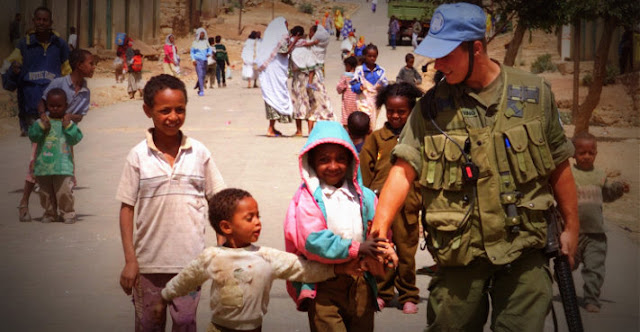 And if the Cons don't like that, too bad.

But then that wasn't the only ugly spectacle

For there was the new Con House Leader the ghastly Candice Bergen screeching about Trudeau's decision to impose a national carbon tax... 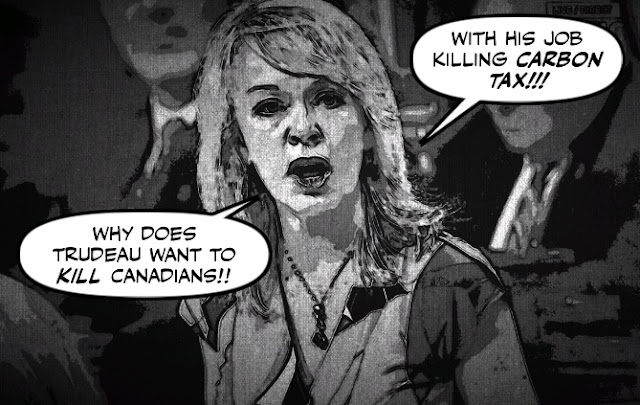 As only she can. 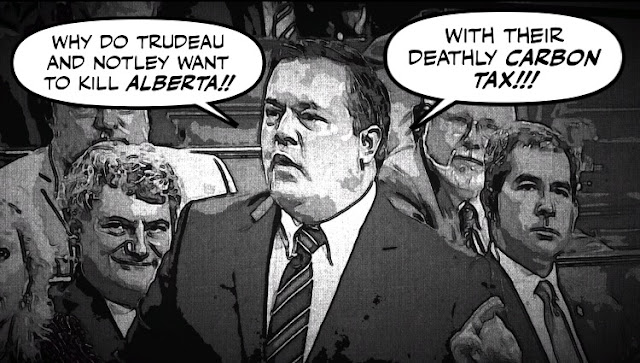 When in fact as Chantal Hebert points out, a national price on carbon is a crucial step if we are ever going to curb emissions.

It is hard to reach for the sky in the absence of a ladder. The introduction of a national price on carbon is a crucial part of the building of a Canadian policy infrastructure sturdy enough to achieve steady progress on curbing carbon emissions. This is a policy for which governments will need public support for the long haul.

And the Con's position couldn't be more absurd, or more disgraceful.

The Conservatives had a decade to drive a stake through the heart of the concept of a carbon tax and it is still alive and kicking. They are now left to argue that their Liberal successors should not do what it takes to meet targets set by their former government. 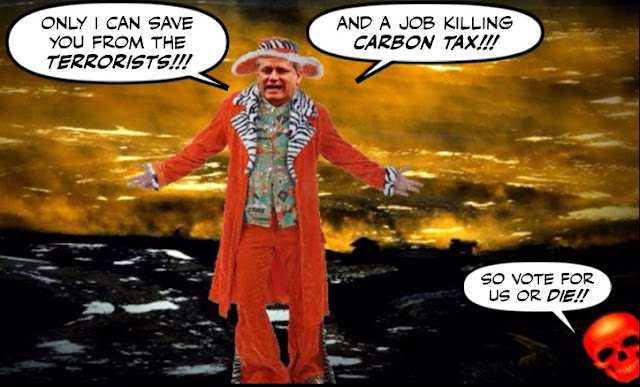 The grubby oil pimp who led this country to the verge of economic disaster.

But the good news is Justin Trudeau and his government are slowly but surely taking us in the direction of a more rational energy policy. Still making the right decisions.

Justin is restoring our Canadian values, here and abroad. 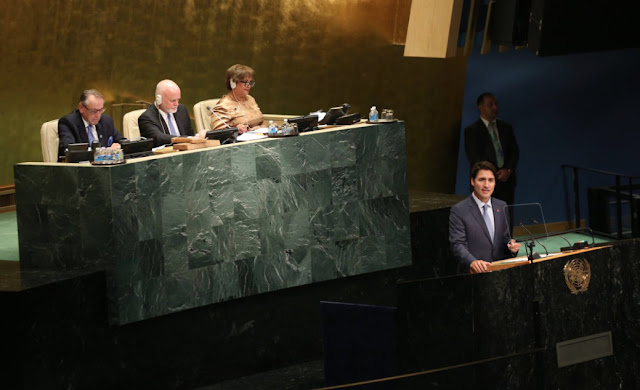 He is making our country a voice of decency and tolerance is an increasingly ugly and racist world.

As the United States stands on the verge of embracing Donald Trump's anti-establishment cry, its neighbour to the north has emerged as a champion of liberalism.

In the West, liberal democracy is facing a grave challenge. At a time of anger with the elites, the centre-left is struggling to define its purpose or find a narrative. It lacks confidence with its voice stilled - except in Canada.

As the United States stands on the verge of embracing Donald Trump's anti-establishment cry, its neighbour to the north has emerged as a champion of liberalism.

And almost one year after he was elected he is still enormously popular. 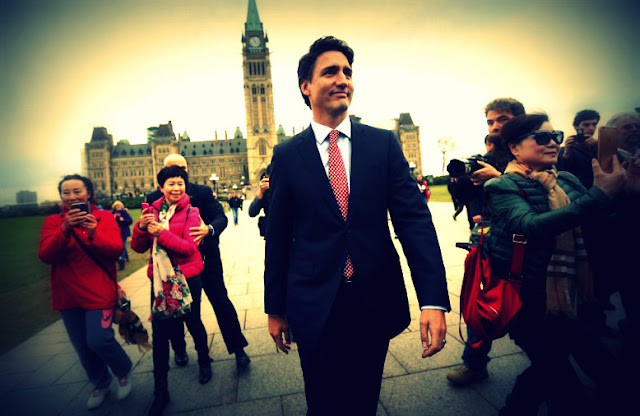 As Prime Minister Justin Trudeau rounds the bases on the first anniversary of the election that gave him and his Liberal caucus a majority mandate, public opinion data analyzed by the Angus Reid Institute finds his approval at a new high, with nearly two-in-three Canadians saying they approve of Trudeau’s performance.

Justin Trudeau’s approval rating is the highest it has been in this survey since he took office last November, rising to 65 per cent, more than double the number who disapprove (30%)

Way more popular than the monster Harper ever was:

Trudeau’s predecessor Stephen Harper never enjoyed the approval of more than two-fifths of Canadians at any point in his majority mandate. His peak approval rating – 42 per cent – came in December 2014.

While Rona Ambrose and her Cons are going absolutely nowhere.

And Jason Kenney is packing his bags, and finally leaving Ottawa.

Which couldn't be better news.

So yes, I think I will skip Question Period for a while.

Avoid the ugly sight of the dying Cons and their desperate leader... 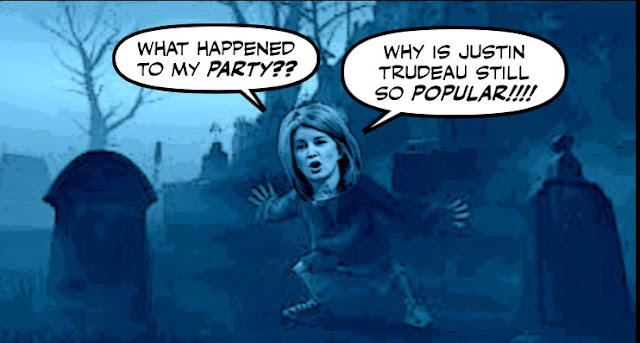 And now that I'm sure that our journey is heading in the right direction... 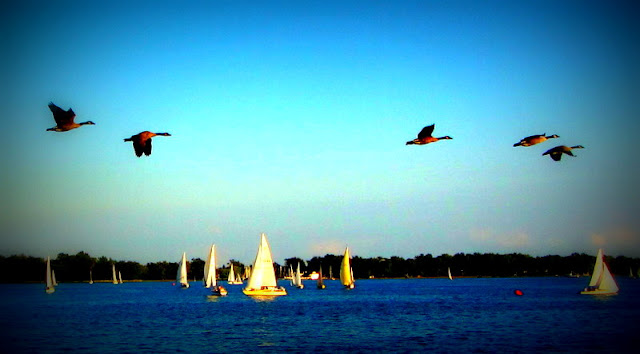 Spend even more time soaking up those last precious rays of sunshine.

Celebrating our Trudeau summer, and the rebirth of our country.

The Cons and the disgusting old Trudeau haters must be screaming with frustration.

But I've never been happier or prouder to be a Canadian....

Winter is comming and we will see if the Liberals are rulers of the North, or just puppets of the westoros.

A carbon tax will kill jobs,

And climate change will kill millions or hundreds of millions.

The sad thing is that I can remember, long ago, when Conservatives were not loonies.

Arguably a carbon tax will provide an incentive to make our industries more efficient, making us more globally competitive and creating more jobs.

P.S Don't buy property in Florida unless you are a scuba fan.

A heartwarming tale of love and passion between The Prime Minister and a progressive blogger.

"The Con Winter"
A tale of loath and deceit that brought them to power and yet reduced them to insignificance.
In your rearview. Now.

hi Steve...yes of course time will tell, but read that Chantal Hebert column carefully, so you understand what Justin Trudeau is trying to do, in a country full of oil pigs who love their cars more than their children...

hi jrkrideau...yes it shows what little bench strength the Cons have, when somebody like Bergen is appointed House Leader. But then appointments like that can only help our cause, by convincing Canadians that the Cons just aren't ready to form a government, and that should help us destroy them...

hi anon...hmmm...I like the title, but I just don't think it would work. I'd hate to steal every scene from Justin. And it would probably look too much like the Prince and the Pauper. However, I do see a role for you in the upcoming Con drama "The Dungeon."
Where Rona Ambrose and the surviving members of the Harper Party whip them themselves silly trying to figure out what went wrong and why Trudeau is so popular and they're not.
And don't worry if you need makeup or a fancy bondage suit, I'm sure you can borrow them both from Jason Kenney...

hi Jack...now that's a movie I would pay to watch. The Con Winter that never ends, that starts off with the Cons hitting the road promising to return, only to end up as road kill under the wheels of their own bus...

Since Harper kicked to the curb I don't have the interest or need to follow politics so closely. We're in good hands. Biggest disappointment PnP Rosie Barton. Show changed overnight. I don't watch anymore.

You useless fucking leftists will see what a fuck turdo will make of this country. You "progressives" are fucking idiots and simon is the king of idiots.