Hong Kong and the Triumph of the Umbrella Revolution 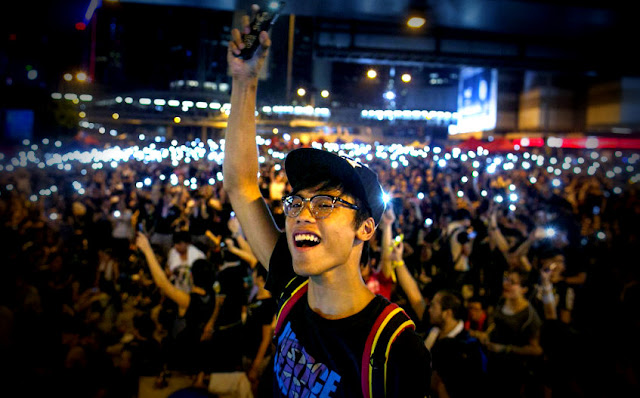 Two years ago I was incredibly moved by the sight of thousands of young students in Hong Kong, lighting up the sky with their cell phones.

And demanding more freedom from their stern rulers in Beijing.

In a pro-democracy movement that was known as the Umbrella Revolution. 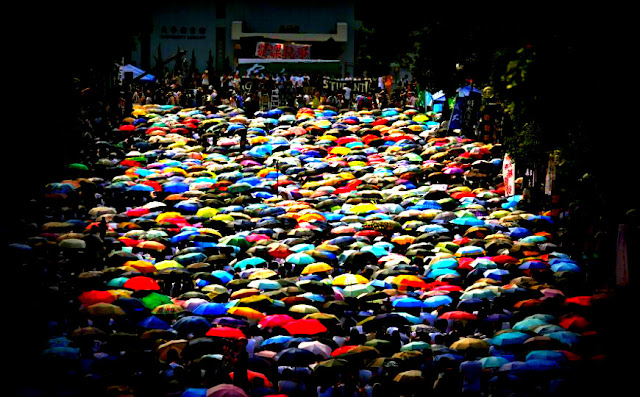 And although that peaceful protest was eventually crushed by the authorities. 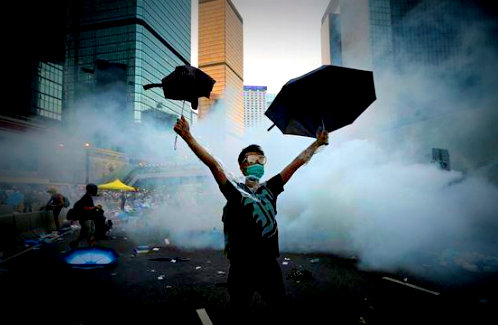 And some of its young leaders narrowly avoided heavy prison sentences.

Three student leaders in Hong Kong's pro-democracy movement, who led mass rallies and sit-ins in 2014, have been sentenced.

Joshua Wong, who became the teenage face of the protests, was given 80 hours of community service for unlawful assembly. Nathan Law was sentenced to 120 hours, while Alex Chow was given a three week prison sentence suspended for a year.

They never gave up, their movement marched on, and this is their reward. 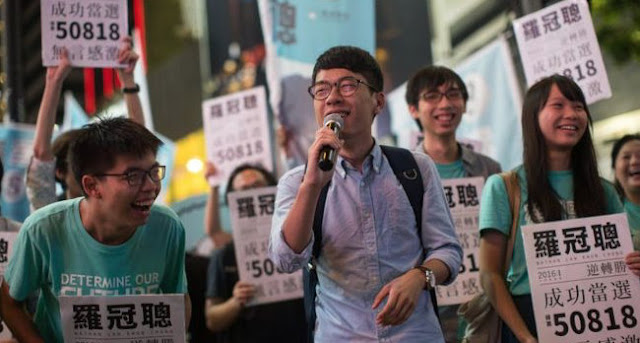 A leader of the student-led, pro-democracy protests in Hong Kong two years ago has won a seat in the territory’s Legislative Council. Nathan Law was one of many pro-democracy candidates winning in the legislative elections last Sunday. The 23-year-old activist became the youngest person ever elected to the Council.

And their great victory.

Final election results showed pro-democracy candidates won 30 of the 70 council seats. With this one-third margin, pro-democracy forces will have the power to veto bills approved by allies of the government in Beijing.

And of course I couldn't be happier, not just because of what it means for the people of Hong Kong, and hopefully for the future of China.

But also because it only goes to prove what I was trying to say, in this video I made at the time.

You can crush a peaceful revolution, but you can never kill the desire for freedom...

Long live the Umbrella Revolution, and its young revolutionaries.

And may the citizens of China, a great and proud nation.

"Trudeau didn't visit China to promote human rights. He's not there to enlist Beijing to fight climate change, he's there to sell shit. And maybe that's OK. But he should at least be honest about it." FS

China allowed this victory and thats a victory, because China does not want social unrest. The biggest house of cards in the world is China.

Steve 1:05 p.m. may be right there. Communist China doesn't have the largest standing army in the world for nothing. They not only have Hong Kong to consider but half the population is still living in rural areas where conditions have not changed in 50 yrs.

After T. sq. the Communists decided to allow the economy to do as it wished, but no changes in the political arena. They may now have decided, with a stalling economy that political changes will be necessary. so they will continue to kill and imprison those who disagree with them, but make tiny changes to keep the revolts from starting.

of course we can wait to see how long that young man lives.

Canada ought to do as little business with Communist China as possible. They are not going to do Canada any good.