Will Donald Trump's Misogyny Be The Issue That Destroys Him? 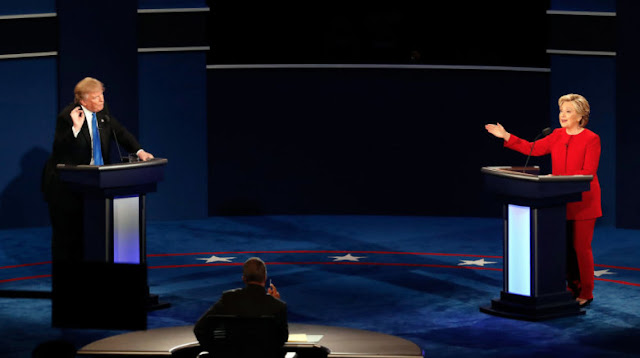 It was the final exchange in a 90-minute debate, but it may be the one that will destroy Donald Trump's chances of getting anywhere near the White House.

For when Hillary Clinton brought up the story of the one-time Miss Universe Alicia Machado, and how Trump had treated her.

It was a carefully laid trap. 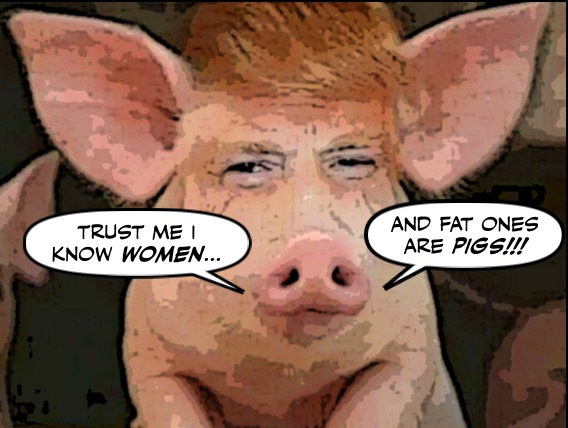 And Trump fell into it like a heffalump or a sexist pig.

For as Matthew Yglesias says it was the perfect Trump anecdote.

"It shows Trump being misogynistic and racist. But it also shows him being disparaging to low-wage workers. The story also has a perfect punchline about becoming a citizen and registering to vote — a key issue for Clinton, whose demographic base includes a relatively large share of “unlikely voters,” especially Hispanics, who have traditionally turned out at a lower level.

Only about an hour after the debate ended, the Democrats released a video of Alicia Machado telling her story... 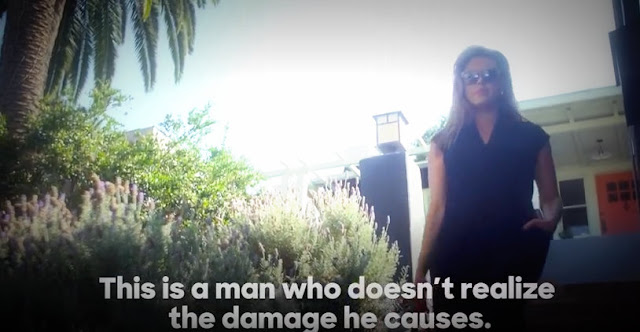 The next day Trump admitted it was the only thing that got under his skin.

But instead of just brushing it off, he went after the former beauty queen on the show Fox and Friends.

And by bringing up the question of her weight made a fatal mistake.

For while his rancid sexism is bad enough.

Fat-shaming is even more damaging.

Donald Trump has a message for the American people: No fat chicks.

And America has a message for him: That kind of crass sexism may have sold tabloids in the '90s, but it loses you elections in a more feminist, body-positive 2016.

In a country where millions and millions of both women and men are struggling to control their weight, and are often mocked for failing to live up to the expectations of others, that could cost him a lot of votes.

Even well known Republicans like Ana Navarro are outraged.

And with just thirty-nine days to go before the election, as Nicholas Kristof writes, all of the above has left Trump looking like a seventh-grade bully, or a jerk. 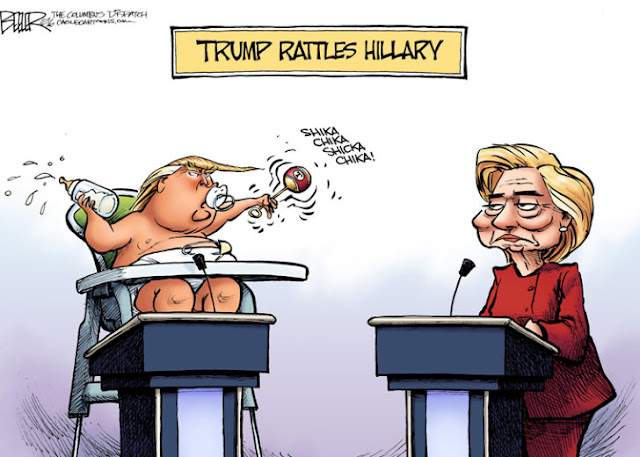 Trump has advocated policies that are confused or senseless — deporting 11 million undocumented immigrants en masse, banning Muslims from entering the country, undermining NATO, slashing taxes on billionaires while raising them on single parents, capitulating to Russia on Crimea — yet these don’t get him into deep political trouble. Instead, his vulnerability seems to be something more elemental: He’s a jerk.

Whose attitudes towards women couldn't be more crass.

This crassness is nothing new from Trump, of course. Few comments could be more demeaning than one Trump offered in 2005 when Howard Stern asked him if he would stand by his wife, Melania, if she were in a horrible car accident and left with 100 stitches on her face, an oozing sore on her left eye, and a mangled foot. Trump’s first, automatic response? “How do the breasts look?” (Afterward, he did say that he would stick with her.)

And while there are so many other reasons Trump should be defeated, if his own flawed character brings him down so much the better.

If Trump’s Achilles’ heel proves to be not his oafish policies but rather his churlish manner, so be it. There are important policy reasons to reel at the thought of Trump in the White House, but voters perhaps flinch even more at his personal conduct:
We already run into enough jerks in daily life, so why would we want one as our head of state?

Middle school is the wrenching, jungle stage of life that we all must struggle through. Why would we subject ourselves to a “leader” who is permanently in the seventh grade?

Trump has revealed himself once again unfit to be President.

In a way even the dumbest American can understand... 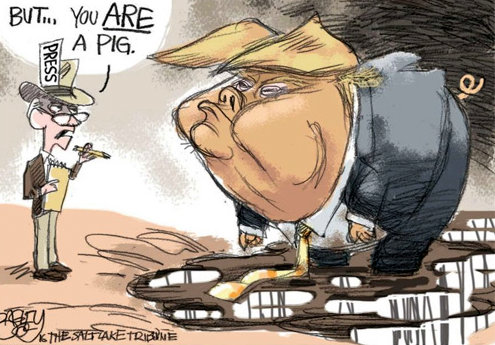 The media is going after him like they never have before.

And election day in that country is now promising to be a real pig roast...
Posted by Simon at 7:19 AM

So nice to see the media in US have seized on Trump. Gloves seem to be off, great!!

Another Thing. Ever notice that all of Trump's spokespeople are women with bleached blond hair?

Didn't I read somewhere recently that, based on a BMI measure, Trump is obese?

hi TS....yes, there has been a noticeable change in the way the media has been covering Trump. All kind of newspapers who have always endorsed the Republicans are now endorsing the Democrats. And even CNN is finally getting a harder edge, and challenging some of Trump's ghastly surrogates. However, whether they are able to influence the younger millennials remains to be seen..

hi UU4077...for a 70-year-old guy he's in pretty good shape, but yes he is overweight, as are according to the latest statistics two out of three Americans. So his fat-shaming comments risk doing him a lot of damage....