Standing Up For Our Values In A Bigoted World 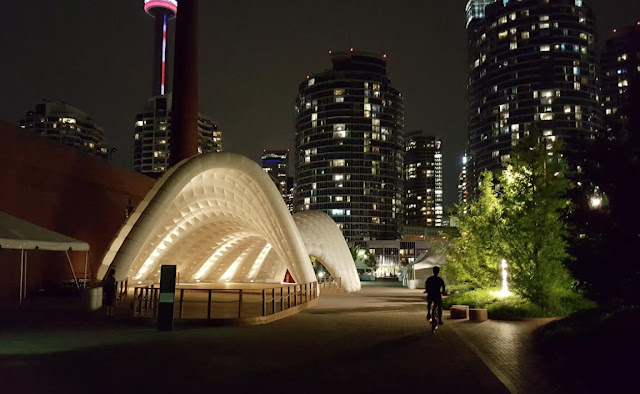 I'm really looking forward to this weekend. It's going to be warm and sunny, and perfect for biking, or sailing.

And on Sunday, in this park in my neighbourhood, there is going to be a big book fair with lots of authors and artists. So it couldn't be better, or more lovely Canada.

But I can't forget what's happening to so many people in this nightmare place.

And ever since I found out that Chris Alexander and Kellie Leitch will be reuniting.

I can't help wondering what might have happened to some of the Syrian refugees now living in this peaceful country if the Cons had been re-elected? 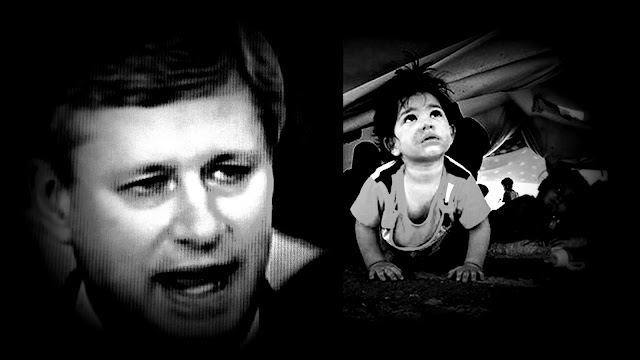 Would they have admitted as many refugees as the Trudeau government did?

Or welcomed them as warmly...

Or would they have slammed the door in their faces, and used xenophobia to pleasure their rabid bigot base?

Like Donald Trump is doing in the United States.

Donald Trump on Wednesday described the threat posed by Syrian refugees as not “only a matter of terrorism, but also a matter of quality of life”. The statement marked a new escalation of Trump’s rhetoric warning of the danger of admitting into the US Syrian refugees, whom he has repeatedly compared to the Trojan horse.

By portraying Syrian refugees as a threat, or poisoned skittles... 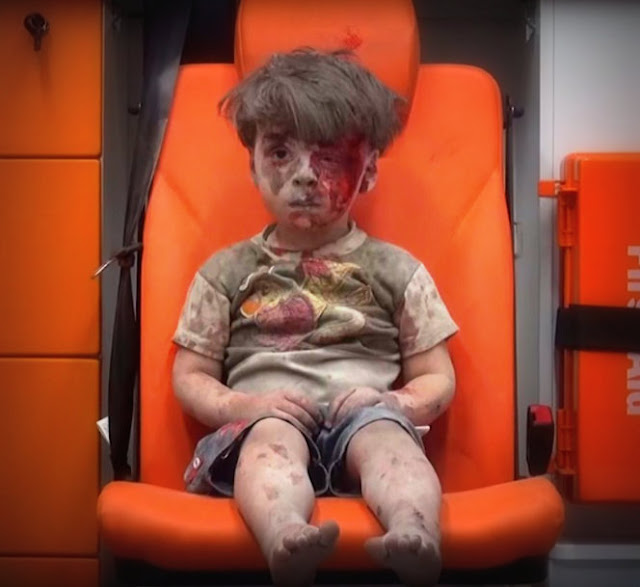 Just like other right-wingers and neo nazis are doing all over Europe... 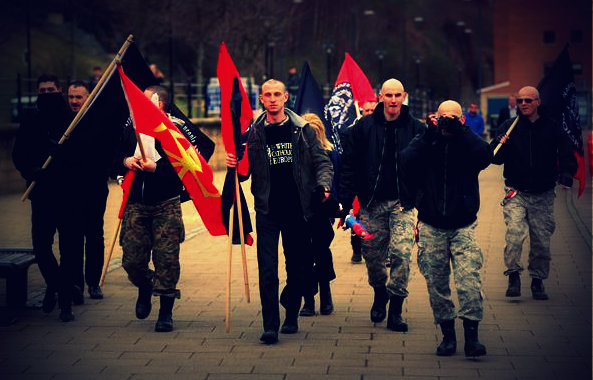 Luckily of course we'll never know what the Cons might have done, because we defeated our ghastly racists and xenophobes.

And we have been able to bring in about 31,000 Syrian refugees without triggering the ugly backlash seen in other countries.

Which makes us different, in a good way, as the great BBC correspondent Lyse Doucet points out in this story called "Canada is my country now."

I love stories like that one, that show refugees as humans struggling to adapt to life in their new home. Not as some kind of deadly threat.

And show Canadians at their best, trying to live up to our values in an ugly bigoted world.

There are many challenges ahead, and we can do better.

But keep up the good work Canada.

I was right about my country AND the weekend...

Have a great one everybody...

The bigotry I see from some of our politicians truly disgusts me. It's pretty damned easy to run your mouth when you've never been in their shoes. I would LOVE to see Alexander and Leith (sound like a cheap beer) come to my community as we recover from last May's fire and talk the way they do. It really does change everything when you find yourself in a situation where you're getting the hell out of job and have no idea when you be able to return or even IF you'll be able to return and whether or not you'll have a job or even a home to return to. Unfortunately for these xenophobic morons they are a minority and the vast majority of Canadians see right through their crap.

Truly unfortunate that once you release the bigots, it is similar to herding cats to contain them. I believe that education is our strongest tool against bigotry, and hate. I imagine that one thing he said is true, but taken wrong by him and his supporters- true equalization in the World will necessitate a change in our way of living, for to aid the rise of living standard in the poorer countries, we need to change our attitudes towards our own cultures and ways of living. We rely on foodstuffs from poverty stricken nations that are susceptible to famine, the delivery of it contributes to global warming, and the agribusinesses who own the farms fail to address the needs of the people in these areas, thus contributing food shortages to poverty. We have to create a more efficient method of using our limited resources including recycling, and local food networks, stop the erosion of topsoils caused by large scale farming techniques, move away from the continuous sprayings of herbicides and pesticides, and educate the young in the joys of growing food for personal use. We have to protect our environment, and find a means of reversing the damage done by greenhouse gases. I have heard that certain processes can clean some of the pollutants out of the air but the cost is prohibitive- about 80 billion a year. Cheaper than fighting wars, which says all anyone needs to know.
~GS

On a more facetious note I am still chuckling after reading 'Lyse Doucet points out in this story called "Canada is my country now"."

Err, I hope so. She's from New Brunswick.It is an excellent video and a nice contrast to the hysteria in the USA and appalling behaviour of some politicians in the EU; those of Hungary and, to a slightly lesseer extend, Poland leap to mind.

hi Way Way Up....I'm sorry to hear about the situation in Fort Mac, the media needs to do more follow up stories to let everyone know what's going on. But yes, those ghastly bigots really are the limit, and the last thing any Canadian needs. But sadly bigotry and anti-refugee sentiment is spreading everywhere in Canada, the U.S. and Europe. I'm pretty confident it won't take root here, but just having politicians doing their best fan the flames of racism and xenophobia here is simply unforgivable...

hi GS...good comment. As I told Way Way Up, bigotry is a growing problem. Some of the stories coming out of Europe and even Britain are horrifying. People may be angry about the economy, but that anger can very easily be transformed into a search for scapegoats. And distract us from what we need to do to fight climate change. I just read yesterday that global warming is now threatening the supply of coffee AND lobsters. The fish in the oceans are migrating towards the poles, and if we don't get our act together, we'll be killing ourselves on a dead planet...

hi jrkrideau....yes I know she is Canadian, and I'm extremely proud of her, because she is an ace, and a very brave reporter. I also like seeing how are new Canadians are doing, because it's hard enough being an immigrant, but being a refugee is harder. And if we are going to accept any more we need to be sure that we are taking proper care of those who are already here. You can see the difficulties they face in Doucet's report. The young ones will learn English easily and adapt, but it will be much harder for their parents. I'm sure it has always been that way, but it doesn't make it any easier...