Kellie Leitch and the Trumperisation of the Cons 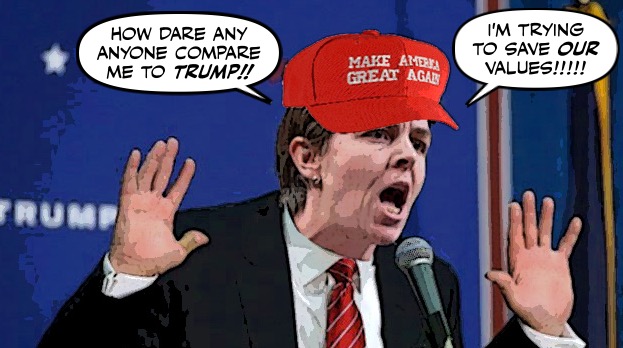 I know it's hard to believe, but Kellie Leitch is still insisting she's not trying to be Canada's Donald Trump.

Even though she's not fooling anyone.

“While the elites and most media harshly criticized even the mention of the discussion, you knew better,” wrote Leitch in the fundraising note. “Together we will stand up to those who don’t want to discuss Canadian values and whose politically correct elitism remains tone deaf to the views of most Canadians.”

For that one could have flown like a bat out of the cavernous orifice of the Angry Orange himself.

And to make matters worse this Trumperisation is spreading. 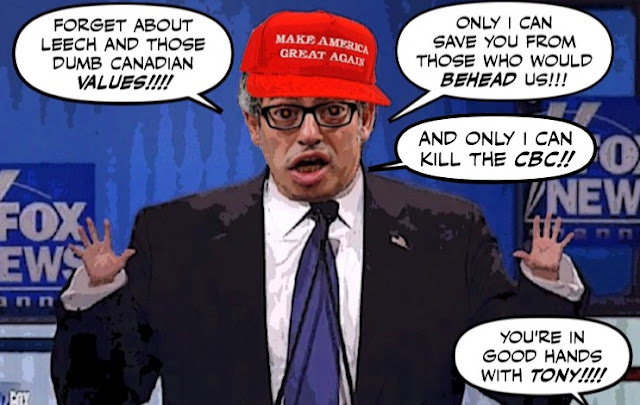 For now we also have the Con clown Tony Clement doing his best to imitate that dangerous demagogue.

People who have been deemed a terrorist threat should be incarcerated if they can't be monitored around the clock, Conservative leadership candidate Tony Clement said Monday in outlining his national security platform.

Because of course Clement has also seen this poll:

Two-thirds of Canadians want prospective immigrants to be screened for “anti-Canadian” values, a new poll reveals, lending support to an idea that is stirring controversy in political circles.

And although that poll is not worth much, and is rather like asking Canadians whether they believe our winters should be warmer.

And even though terrorist sympathizers are being closely monitored, and you can't arrest people for what they think, unless you want to turn Canada into a police state.

That absurd nerd is not about to let Leitch out Trump him... 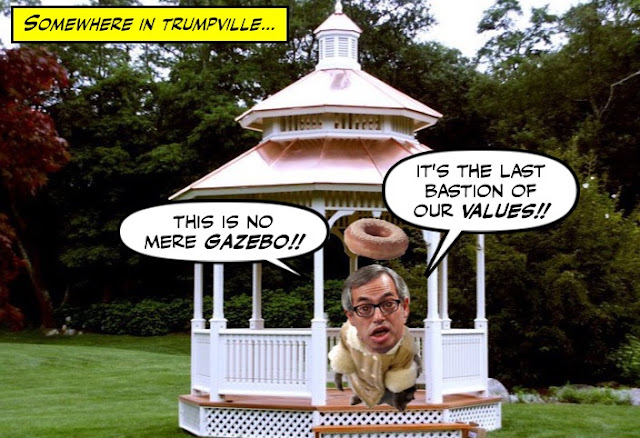 But would have us believe that only the Great Gazebo Builder can save us from the terrorist menace.

While him and Leitch poison the wells of our peaceful kingdom, and try to turn us into crazy America, for crass political purposes.

And as if that wasn't bad enough, now that Peter MacKay says he won't run for Con leader. 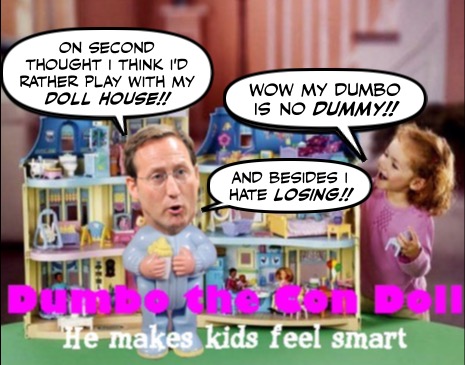 The man who would happily be our Trump, is licking his chops 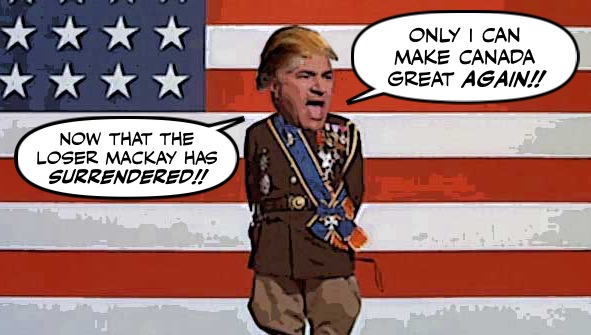 “My probabilities of success of getting the leadership are much higher now, MacKay was my primary rival and he doesn’t want the job.”

While Rona Ambrose screams to see Trumpitis spreading like a cancer... And threatening to kill her new/nouveau party.

And when you've finished, don't forget to thank the shameless bigot Kellie Leitch for the absurdity of it all.

For reminding us once again of the Harper Party's anti-Canadian values...  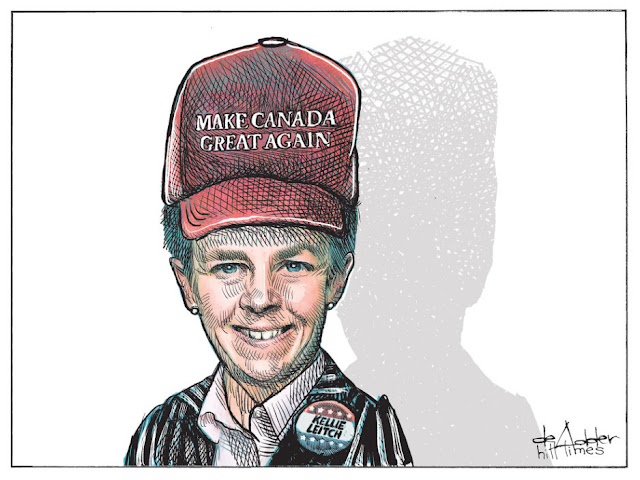 And for helping, while looking ridiculous, to turn the Harper Party into the Trump Party.

Sound more American with every day that passes.

And slowly but surely destroy itself...

These clowns have no imagination. Obvious they are trying to follow the Trmp script. Jason Kenny must be full of regret, this is a script meant for him.

"...and is rather like asking Canadians whether they believe our winters should be warmer."

Really? Screening immigrants for anti Canadian values is most beneficial to protected groups like the one you belong to Simon.

HI TS...yes, they really have no imagination, and to suggest that they are not taking a lead from Trump is blatantly false. It is an echo from their barbaric past and they should be ashamed of themselves...

Hi anon....the point is that immigrants and refugees are already rigorously screened, and are required to past a test on Canada and his values. And the real threat to our Canadian values, and women and minorities in this country comes from our homegrown bigots. The racists, misogynists, and homophobes who infest the Cons and their supporters. People like Brad Trost who are running for leader on an anti-gay platform. Or people like Jason Kenney who if you remember removed any reference to LGBT Canadians from a citizenship guide for immigrants. So much for educating immigrants, so much for screening for bigots. The Cons are the problem, and Canadians will not be safe until they are decisively defeated, and their ignorant and violent supporters are caged....

gee, if you gave that "test/quiz" to Canadians now and they failed what would the Kevitch do then?

What exactly are Canadian values? They keep changing. About the only one which keeps going is the one where they treat First Nations people like second class citizens. its that a Canadian value now. at one time people of Chinese decent could not vote. that has changed. Values change but bigots don't.

If the Cons keep this up the federal Liberals will be government for life, unless there is a huge screw up.

I put on my Con clown hat and took the pretend Beaverton "Canadian Values" test. Passed with flying colours! So the only rejects it will catch are honest people with "non conforming" values. The dishonest ones will skip on through. Think we would be better off spending the time on background checks and education rather than waste taxpayer dollars on an ineffectual placebo test with all the legal wrangling and debate that will ensue.
On the positive side debates like this will help fracture the party into the progressive conservatives and the Reforma-Con wingnuts.Unfortunately the more this type of nonsense is discussed the more credible an issue it becomes.Seems that's what politicians do when they have nothing of any value to offer.Over time this type of nonsense distracts us from the real issues and actually makes us more vulnerable.
RT

hi e.a.f.... yes, I think that quiz did a pretty good job of questioning what exactly are Canadian values. But Leitch is only raising the issue to create another wedge issue, like her master Stephen Harper used to do all the time. And yes, if they can't escape their past, and renew themselves, the Liberals will be in power forever...

hi RT...yes the whole idea of a test is ridiculous, since one written by the Cons would be very different from one written by most Canadians. And by trying to stir up racism and xenophobia again, I think they've made a big mistake. It will only remind Canadians of the dark days of Harperland, and help brand the Cons as the anti-immigrant party which in Canada will only do them great damage. Also as you point out, it can only divide the progressive Conservatives from the Reform Cons and help tear the Harper Party apart...