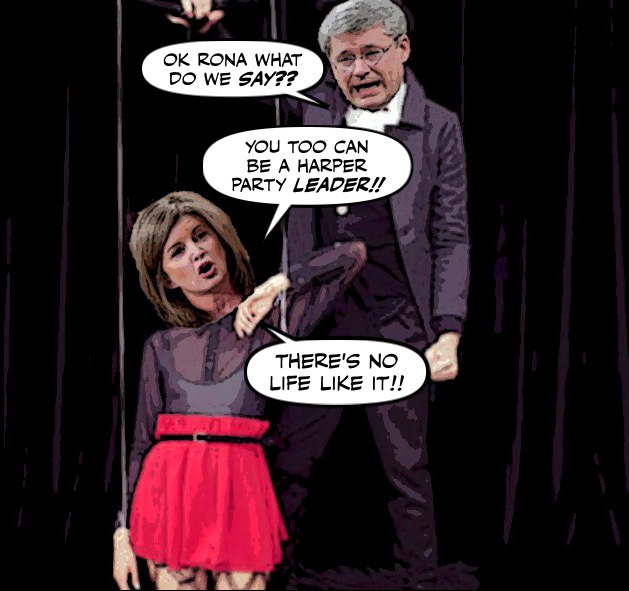 Despite Rona Ambrose's desperate attempts to try to get more people interested in running for the job of permanent Leader of the Harper Party.

So far her campaign has been a dismal failure.

For after beating her drum, or kicking up her arms and legs for months.

This is all she has to show for it. 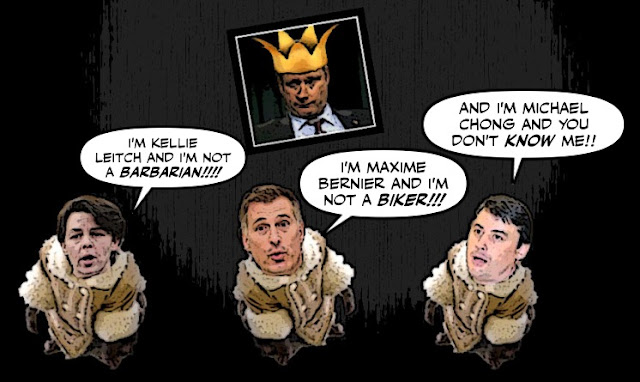 Michael Chong took pains Monday morning to distinguish himself from Stephen Harper. Not in so many words - Chong praised Harper's fiscal conservatism when asked about the former prime minister - but through a number of the policies he touched on.

And while Chong is the best of a sorry bunch, like the others he too faces significant challenges.

Besides their lower profiles, the first three candidates all face their own challenges, including their abilities in their second languages. Each might be better known for a political stumble than a success.

Leitch is now trying to distance herself from that barbaric cultural practices tipline proposal. Bernier, meanwhile, is best known in English Canada for having dated a woman with biker gang ties, then leaving secret documents at her home in 2008.

Chong has to worry about finding support in Quebec after so disliking the Conservative motion to recognize the province as a nation that he quit Harper's cabinet.

And his support for a carbon tax.

Will almost certainly make sure that his quest to be leader of the Harper Party goes absolutely nowhere... 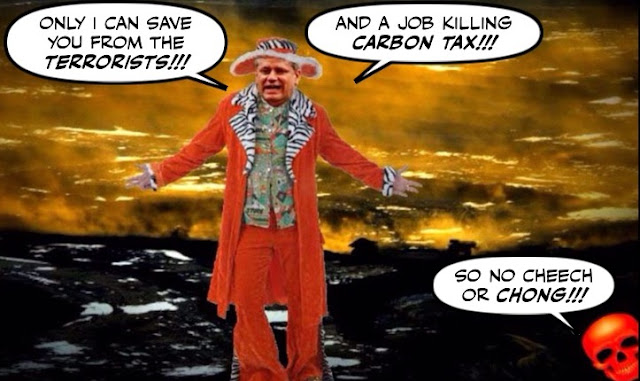 Not when their Great Pimp Leader had such firm views on the subject.

And not when the Alberta reformers are so determined to keep the party out of the hands of the so-called Red Tories. i.e. anyone who supports a carbon tax.

But the greatest failure of the Con leadership campaign so far is that it is only attracting those who served in the hated Harper government.

And has not been able to attract any new faces.

It’s become increasingly clear the Conservative leadership race desperately needs an outsider or two to run for the job. The only problem is no outsiders have been clear they want the position. In fact, you'd be hard-pressed to even spot them on the horizon.

Why are there no business people seriously testing the waters? A conservative-minded academic? A high-ranking media personality? Or even some relatively unknown mavericks who will shake things up?

And the main reason for that, as L. Ian MacDonald explains, is that far from an being an exciting career opportunity, the position of Con leader is looking more like a poisoned chalice. 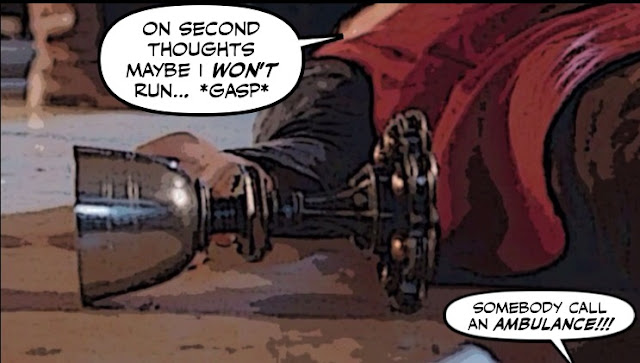 Candidates must make a $50,000 non-refundable deposit to join the race, with a further $50,000 refundable at the end of it. The spending limit is $5 million per campaign — but leadership campaigns are also subject to federal campaign finance rules, meaning corporate, union and third-party donations are banned, with individual donations limited to $1,500 per year.

Raising money won't be easy, not with the rules the Cons imposed on themselves in an attempt to destroy the Liberal Party.

And why bust or bankrupt yourself trying, when the Con's chances of returning to power are so slim?

Before investing all that time and money in a year-long leadership campaign, would-be candidates should be asking themselves some hard questions about the party’s prospects — and their own. In other words, can any of them beat Justin Trudeau in the 2019 election?

Probably not. In a best-case scenario, the Conservatives might reduce the Liberals to a minority in the next election with a shot at regaining power two years after that. A more likely prospect is successive Liberal majorities before voters tire of Trudeau’s sunny ways.

In other words, by 2023 it will be the Liberals’ turn to lose. And the Conservatives will not give their next leader three elections before replacing him or her with someone else.

And that's before the Liberals pass election reform, which should make those chances even slimmer.

And keep Justin Trudeau in power even longer... Still trying so hard to look for new and exciting candidates... 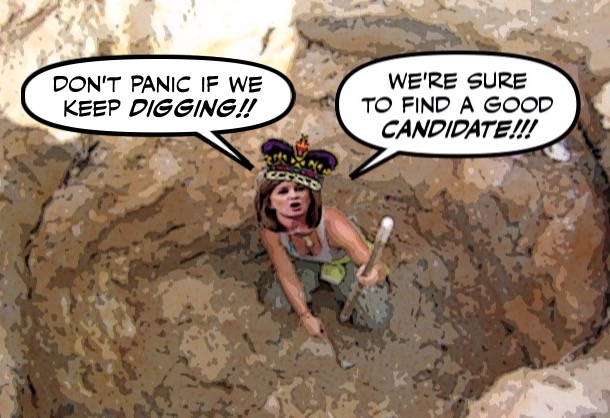 Still digging a hole that looks more and more like a grave.

Ezra Levant should step up to the job. He'd make a fine Conservative leader.

Democratic freedom means that the bullies can take over the school playground and go unchecked. However the children soon figure out that it is no longer a fun place and find other organized activities such as sports and various clubs that exclude bullies.Recruitment of new members to the exclusive bully club is difficult as few are willing to participate in the "pigs head" ritual to prove worthiness.
RT

Bernier is also a climate denialist and a self-styled libertarian, though I doubt he even made it through one of Ayn's turgid novels.

Chong left the Cons on an anti-Québec note.

But first please help with his legal bills on the new website released today I kid you not it is... http://www.standwithezra.ca/

Hi MK...he always portrays himself as a victims, and he never stops asking for money. The Red Cross is annoyed with him for asking people to send Fort McMurray money to the Rebel instead of them. He just lost an $80,000 appeal and apparently he's about to lose another case. So yes I'm not surprised he is asking people to stand with Ezra and prepare to give generously...

Hi RT...yes, I've always disliked bullies of all stripes, and that's the principal reason I despised the Harper Cons. Unfortunately there are still a lot of them left, and the spectacle they have been putting on couldn't be more revolting. But the good news is that the Cons are falling apart. Once there would be a wild scramble to be leader. Now only the mediocre aspire to the job. So I wouldn't bet any money on their long term survival....