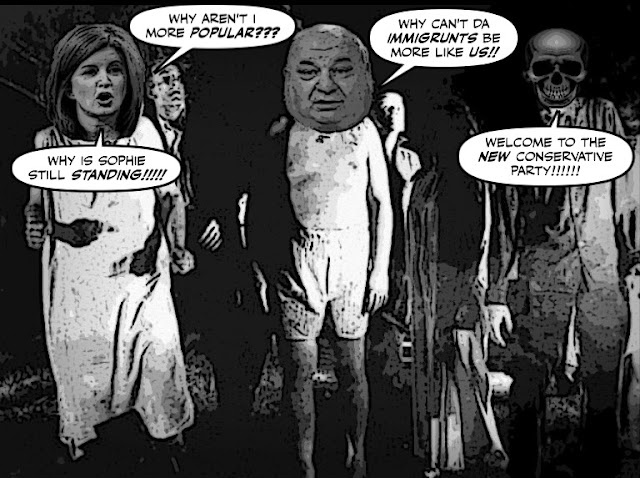 The next time you hear Rona Ambrose call her zombie party the new/nouveau Cons,  send her a message with just two words in it:

Because O'l Larry is still there, he couldn't be more Reform or more redneck.

He's still the "Keeper of the Flame" (more on that later.)

And he's just made a beast out of himself again. 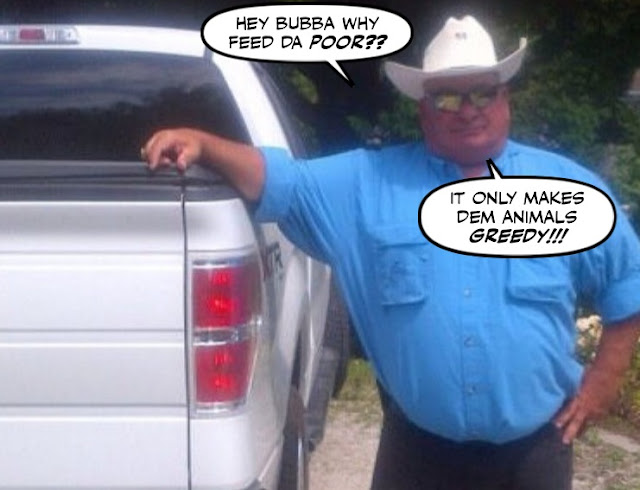 Four years ago he tried to get the Con regime to yank Canada out of the United Nations.

Because he didn't want any talk about torture or hunger.

Then he compared those trying to save the gun registry to Nazis...

Which should have told Canadians all they needed to know about him. And had them  calling him Sgt Shultz.

Last year he was forced to apologize for shooting his mouth off again.

A Conservative MP has apologized after saying women who want to wear the face-covering niqab during citizenship ceremonies should “stay the hell where [they] came from.”

Even though it was clear that he wasn't THAT sorry.

And now he's gone one step further by comparing welfare recipients to animals... 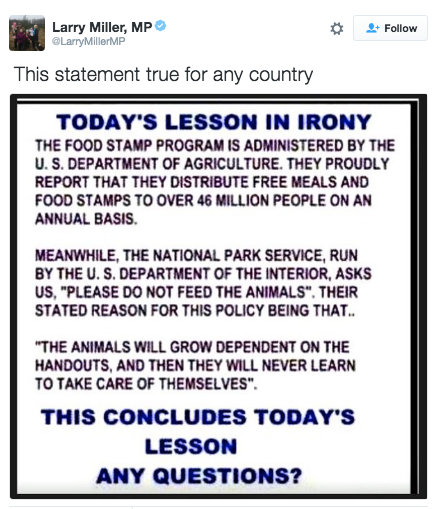 Just when you thought Larry Miller couldn't get any more offensive...

The MP for Bruce-Grey-Owen Sound tweeted an image (deleted following the publication of this post) that compares those in the United States receiving food stamps to wild animals. He added his take: "This statement true for any country".

With a stinky meme from the bowels of Republican America.

Even though so many poor and vulnerable people in that country depend on food stamps to survive... 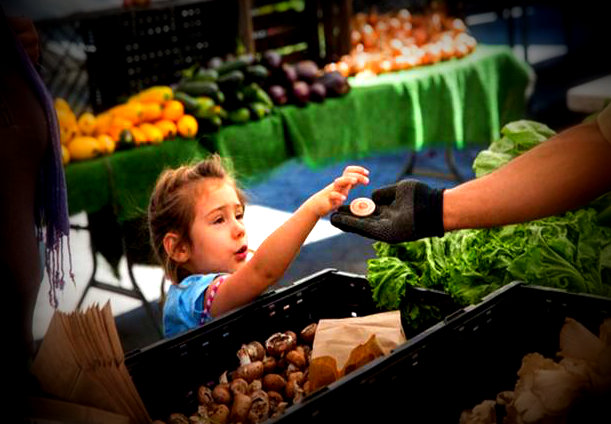 The food stamp program is widely seen as an effective way of helping those in poverty, especially vulnerable people unable to work and low-income families with children. About three quarters of households receiving aid through the program include a child, an elderly person, or a disabled person.

And even though it's obvious that good ol' boy Larry doesn't know what it's like to be poor OR hungry... 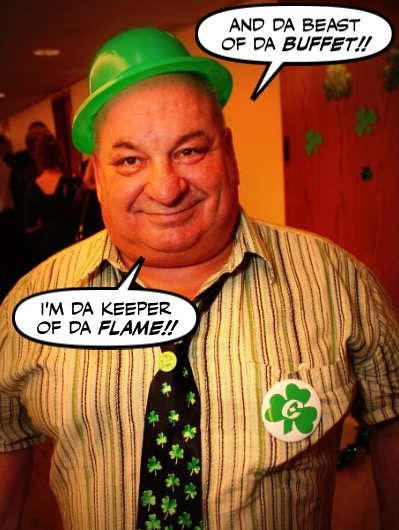 But believe it or not, even though he's just a dumb bigoted redneck.

His Con colleagues really do call him the Keeper of the Flame.

Prominent Conservatives have referred to Miller as an influential voice in the Conservative caucus. “We call him the Keeper of the Flame — the voice of principle and straightforward talk in caucus,” Edmonton MP James Rajotte told the National Post in 2013.

Some keeper, some flame.

You know when I call the Cons beasts, it's because they are beasts. So many of them are so selfish, so cruel, and so ignorant.

When I call them RepubliCons it's because they are as Canadian as their former leader... 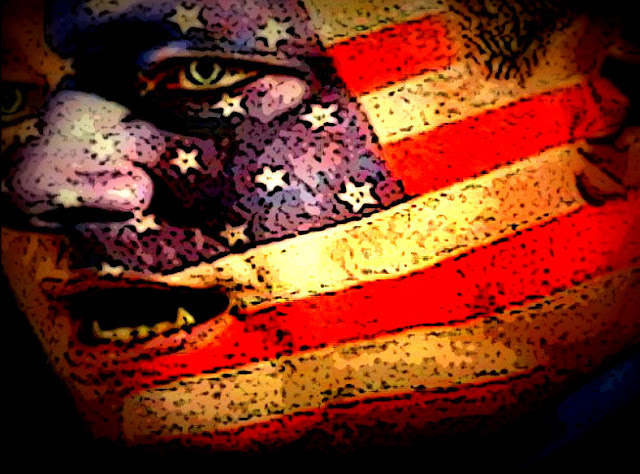 Who with his alien RepubliCon cult brutalized this country and its values for almost ten years.

And since Larry Miller is all of the above, still there, and still the Keeper of the Flame.

And snuff out that Reform flame forever in the next election...

I think I know where Steve went!
He's uniting the right in South America!
I think Harper's the new Brazilian president!

The new Brazilian president’s first pick for science minister was a creationist. He chose a soybean tycoon who has deforested large tracts of the Amazon rain forest to be his agriculture minister. And he is the first leader in decades to have no women in his Cabinet.

Who was who said "Conservativism was rather like the MUMPS, got to suffer it once in a while to develop an immunity....or something like that?
Larry looks like he is a carrier.

I find it telling that these theo-cons never say a word about the real leeches in our the society, the corporations, and the billionaires, who hide their profits in off-shore tax havens. When you look at the big picture, the cost of feeding, clothing and housing the poor and disenfranchised is no way near the burden on our society, compared to what the 1%ers get away with by circumventing our tax policies.

Any concerns that Ambros is apparently supporting the Transgender RIghts bill? This seems like a front as the party reeks of homophobia and transphobia.

Miller should be referred to as the Keeper to Inflame: