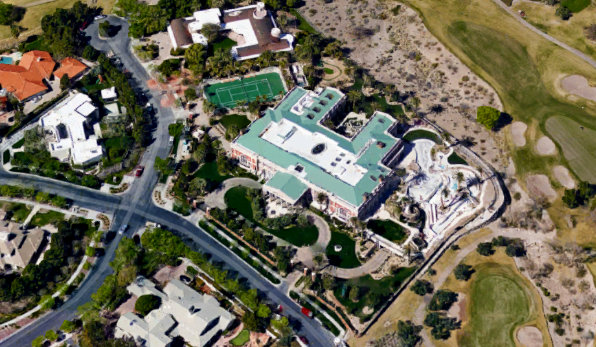 It took a few days until we found out what Stephen Harper was doing in this massive mansion in Last Vegas last month.

Until a U.S. magazine revealed he was working for the billionaire Sheldon Adelson and his  Republicans.

On Thursday evening, Adelson hosted some of the organization’s top officials at his palatial mansion. While former Canadian Prime Minister Stephen Harper discussed how fractured parties can unite.

And Harper tweeted this:

But last now we know who paid for that trip.

The Republicans who brung him.

An American Republican group covered about $4,000 in expenses for Stephen Harper to speak at their Las Vegas event last month, according to documents filed with Canada’s ethics commissioner. The Republican Jewish Coalition, based in Washington, D.C., paid for the April 7 to 10 trip.

Harper declared three nights of accommodation at $2,122 and $1,839 worth of travel expenses to the Office of the Conflict of Interest and Ethics Commissioner, for himself and staffer Maryanne Sheehy.

At the time of the event, Harper’s office said the former prime minister wasn’t being paid for the speaking engagement itself.

Even though the speech was apparently just a freebie for his good buddy Sheldon... 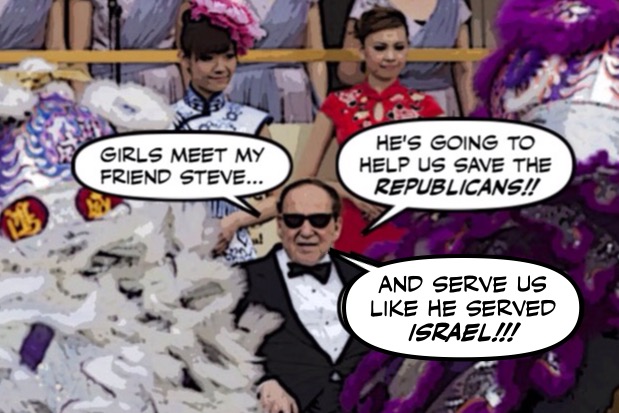 Who has now finally decided to support Donald Trump...


Watch: Asked casino mogul Sheldon Adelson if he'll back #Trump. He said Trump is good for #Israel & he supports him. pic.twitter.com/LyrlbpJuRR
— Bahman Kalbasi (@BahmanKalbasi) May 6, 2016


No doubt after Trump assured him of his undying support for Benjamin Netanyahu's settler regime.

And while that's not a surprise, and I won't ask why Stephen Harper needed to take a staff member with him to Las Vegas. Or who paid her? And wasn't Ray Novak available to work for free?

I do have two other questions:

Since Harper has not said one word in the Commons since his defeat. Is rarely seen except for certain votes. And is clearly is more interested in American politics than he is in politics in this country.

How long will it be before he too throws his support behind Donald Trump? 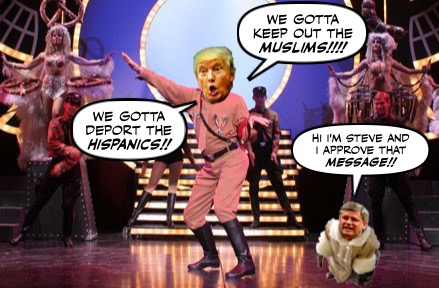 With whom he shares so many ghastly views.

And since Harper clearly is not interested in doing the work of a Canadian MP.

Or participating in the democratic life of this country.

When will he put an end to that sorry farce.

And the Canadian taxpayer paid for this?

Plus, he is still a member of Parliament(Canada)and getting a Canadian salary! I'm not a Happy Camper!

I never hate...but I hate that Hitler Harper!!!!! Canada smells better now that he is back in the closet. In some cases it is good to remain in the closet!!!!

No, as Simon's article points out.

Perhaps now that the Duffy trial is over we can look forward to Steve resigning. If Trump becomes President, who knows Steve might become one of his foreign affairs advisers. As Steve is helping the Republicans there are Americans trying to figure out an exit strategy if Trump becomes President. Turns out there is a young man in Texas who has figured it out. Marry a Canadian.