Why We Can't Get Rid of Stephen Harper's Porky Legacy 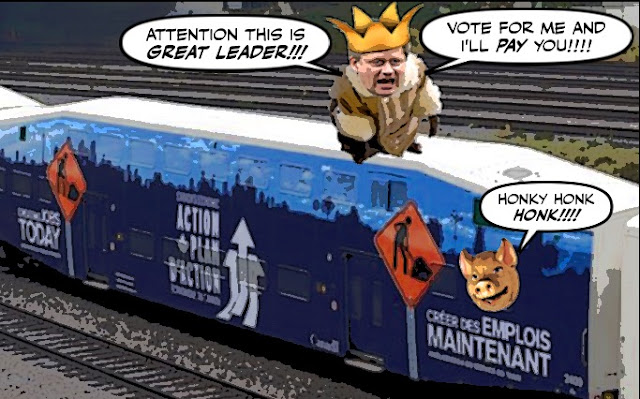 They were the ads no Canadians could avoid, no matter how hard they tried. For they were everywhere.

Stephen Harper's porky propaganda ads, paid for with gazillions of OUR money.

And although the Liberal government is moving to ban that kind of blatantly partisan advertising.

The Liberal government has introduced new rules to prevent the use of public funds for partisan advertising.

Brison explicitly tied the measures to criticisms of the previous Conservative government’s use of public funds for advertising, such as the ubiquitous Economic Action Plan campaigns.

Now it seems we have another problem. 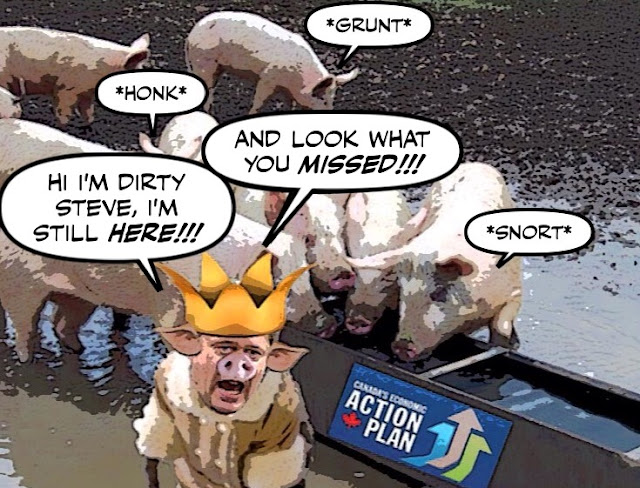 We just can't get rid of that porky propaganda.

Thousands of old "Economic Action Plan'' signs dotting the Canadian landscape are not captured by a new federal advertising crackdown and will remain in place until whenever individual funding recipients get around to taking them down.

So they will remain to remind Canadians of the horror of the Harper years, and no doubt elicit in some the same reaction they did back then.

When they were assaulting our eyes and our ears on the internet... 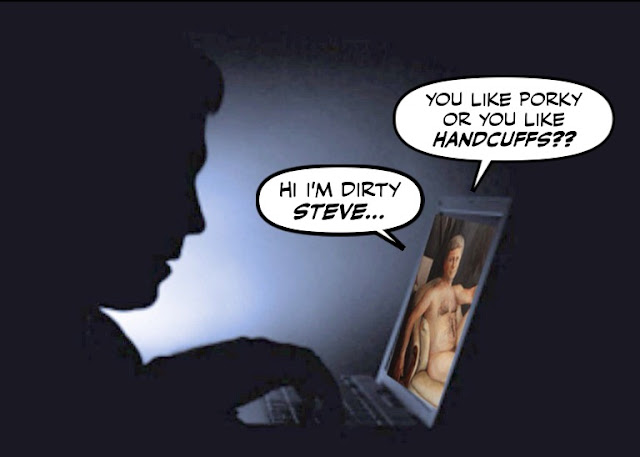 And insulting our intelligence, over and over again, with OUR tax dollars.

To make matters worse all those Action plan videos are also still out there.

Except for the one the Cons did delete, the one promoting a program that didn't even exist.

Before they were charged with FRAUD.

But not if you remember, before I grabbed a copy and turned it into this ad...

To help remind Canadians, and hopefully future generations, why we called them the Harper hogs.

Which makes me think, if the ads are so porky, and they symbolize the corruption of the Con regime.

No matter what Rona Ambrose says.

Conservative interim leader Rona Ambrose said the Conservatives, who spent more than $500 million in public money on advertising between 2008-09 and 2014-15, always stuck to advertising government programs only.

“Well I haven’t seen (the new policy), but what I’ll say is we expect them to follow all the same rules that we followed,” Ambrose told reporters in Montreal Thursday, according to audio provided by the Conservative party.

Why not leave them up to remind Canadians of the worse and most corrupt government in Canadian history?

And the foul legacy of their depraved leader... 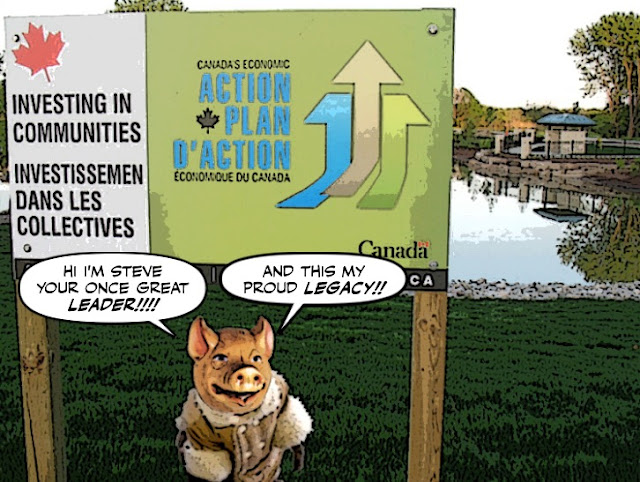 Once they used them against us, to try to buy themselves a majority.

Now we can use them against the Cons, to help make sure those ghastly porkers never return to power...

It occurs to me that the only advertising gimmick we did not see from the Cons was t-shirts with the great leaders image like one sees Robert Mugabe wearing.

I'm pretty sure at least one Action Plan billboard locally has disappeared but I'll have to check today just to be sure.

Power and Politics raving on about the little ad Trudeau did for tourism - 4 minutes was it. The media didn't fuss that much about harper's 24/7 channel that we all paid for years.

Just out of curiosity Simon, if Harper had been elected for a third term, what do you think his policies/agenda would have been?

If Harper had been elected he would have consolidated his power by creating more divisive fear and enemies both within the country and externally.Essentially a leaf from the RepublaCon play book. Unfortunately people can only be held in a state of fear driven anxiety for so long before they want something done about it... then along comes Trump with simple solutions like build walls,cut of unfair trade and kick out the infidels.
RT

I don't think it is much of an issue. A reminder/ironic joke of how bad we've been misled by guys who would rather spend billions on telling everyone they're helping people rather then spending billions helping people.

His primary agenda would have been clear, to continue trying to warp the courts to his control the way he had done with the civil service and the enforcement agencies like Revenue Canada and the RCMP. This is why he was so dangerous, why he should never have been allowed anywhere near power (because this was all out in the open about his core agenda prior to 2004, and the fact that so many political observers managed to forget all this and let him gain power is one of the greatest sources of fury I've ever known) and once there why he needed to be removed by any and all means possible within the law! Hells, he made Ignatief look good to me, made me support the idea of the 2011 Liberals despite my utter contempt for him and his carpetbagging ways, but next to Harper, ANYONE was better, and I always maintained it would take the Liberals to remove him from power, the NDP simply lacked the national reach, and as history subsequently showed, I was quite right about that.

So that was what would have been his primary agenda, the rest would have been further dismantling any and all oversight over his PMO, and doing what he could to make sure his was the never ending government. Harper saw/sees himself as the indispensible man, the only wise and correct one, and those types unfortunately tend to be very dangerous in power for democracies of any kind.

Latest news is that the great oily Messiah is planning on moving on! High on the options list is starting a Canadian chapter of "War Mongers International - The Good Guys" but once he realizes that he would have to come out of his closet and could be targeted by "War Mongers International-The Bad Guys" he will probably opt for a low profile board of directors / lobby job with Big Oil or the War industry.A fitting end ..just another low level expendable cog in the wheel.
RT

Fun fact: if you Google images Stephen Harper the first bad pic of him (looking sad) links directly to this blog :)