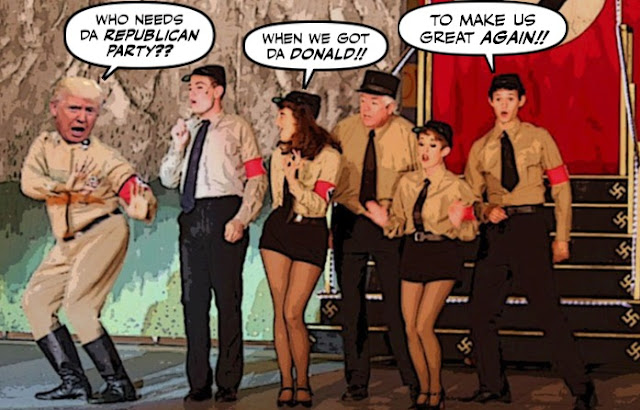 I've finally decided that I'm going to have to settle back comfortably in my hammock, take a deep breath, remind myself it's almost summer, and start enjoying the Donald Trump Show.

Or go as crazy as the Americans.

Especially now that I'm pretty sure that Herr Hair Drumph will end up destroying the Republican Party. 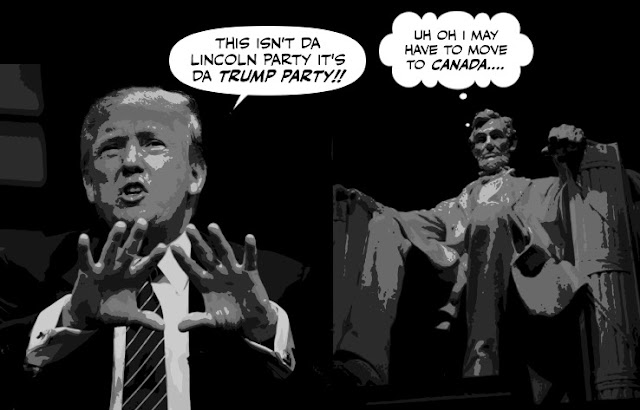 And all that talk about a Republican civil war is music to my ears.

Donald Trump is poised to breeze through another round of primary contests this week -- while the Republican Party splinters around him.

Trump's opponents are still sorting through the wreckage of the GOP primary season for a path forward. But it has become painfully clear over the past five days that party unification will be tough to come by, if it happens at all.

I'm really enjoying hearing that Mitt Romney is musing about a third party candidate, and sounding like a maniac.

"Profiteers tempt and endeavor to hook us with compulsive addictions," Romney said. "Entertainment media distracts us from the things that bring enduring achievements and happiness."

Or a religious fanatic... 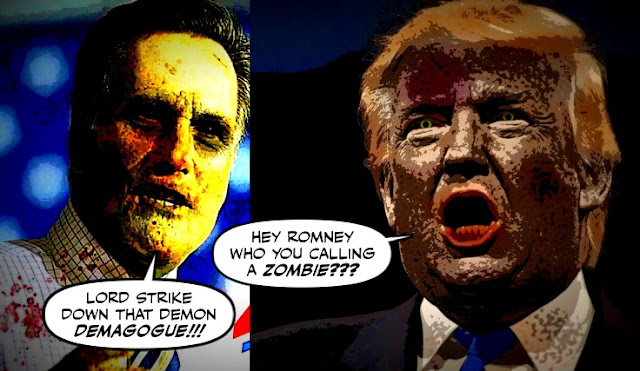 Which goes so well with Dirty Donald attacking Hillary Clinton over the carnal sins of Bill Clinton.

"Hillary was an enabler and she treated these women horribly," Trump said Saturday in Spokane, Washington. "And some of those women were destroyed, not by (Bill Clinton), but by the way Hillary Clinton treated them after it went down."

And alienating even more women. If that's possible.

And of course Sarah Palin calling for the head of Paul Ryan is a bonus.

"Paul Ryan is soon to be Cantored," Palin told Tapper Sunday on "State of the Union," referring to Eric Cantor, the former Republican House majority leader who was shockingly ousted by a primary challenger in 2014.

"His political career is over but for a miracle because he has so disrespected the will of the people, and as the leader of the GOP, the convention, certainly he is to remain neutral," Palin said.

Because you know that's going to end badly the moment she picks up a gun or a bottle... 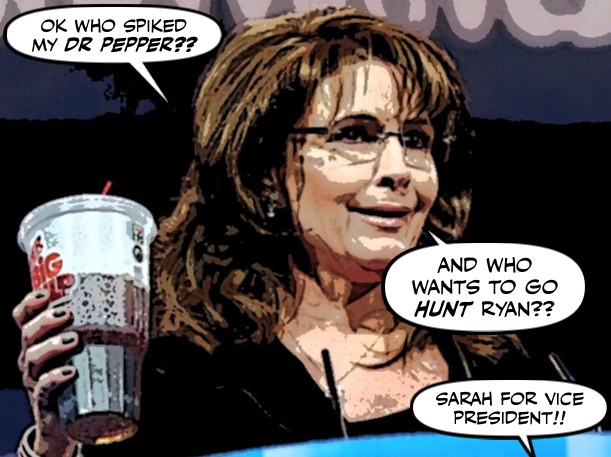 But the absolute best thing I read today, was an article by a supporter of the Never Trump movement who compared their struggle to the battle of Dunkirk !!!

This is our Dunkirk. This is the moment for a risky, improbable set of Hail Mary passes to save the conservative movement and the Republican Party from the invasion of Trumpism.

We don't love this mission, but we're on it. Our Dunkirk won't be seen as a victory today in the atmosphere of Trump triumphalism, but it's about survival for conservatism and a principled Republican Party.

Which had me jumping up and down on my crutches, and roaring with laughter.

Because now I KNOW it's going to be bloody, and less like Dunkirk and more like Jonestown.

Or as the New York Times' Charles Blow writes, a YUUUUGE disaster.

The Republican Party is trapped between a rock and huckster.

Now that all of their other presidential candidates have dropped out of the race, Donald Trump is the last demagogue standing. He is their presumptive nominee. Their party belongs to him. It’s a YUUGE … disaster.

Congratulations, Republicans, you’ve hitched yourselves to the madman-driven carriage, and it’s heading for the cliff.

And the only thing that worries me, is that the Republican establishment might surrender to their tea bagger base before drinking the Kool Aid, and put on a fake show of unity.

But then I'm sure the Democrats will be only too happy to remind the Republican base what the establishment types really think about their hero.

As Clinton is already doing...

So they really are trapped, they might as well head for the cliff.

And as Charles Blow says, nobody should feel sorry for them.

But please, shed not a single tear for this conservative calamity. They brought it on themselves. They allowed their unhinged contempt for — and in some cases, even hatred of — Obama drive them insane, into the arms of a walking absurdity who catered to their rage.

Now, that man — simultaneously an unbelievable joke and an undeniable threat — is on the verge of ripping the party, and indeed the country, apart (even as he insists that he’s “very much a unifier”).

They created a monster, that hooked up with a maniac... 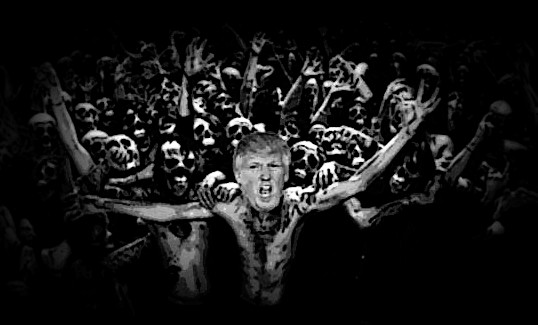 And they all went to hell together...

Ok so let's vote in Hillary the corrupt war monger instead. Afghanistan, Iraq, Libya, Syria wasn't enough, let's invade Iran for Israel- uh I mean cuz they have a brutal dictator with nukes? Who cares we might as well before she starts WW3 with Russia.

How the US managed to select two grasping self-interested oink sociopaths as presidential candidates is the real wonder. Both Clinton and Trump are exceptional in the sense of being abnormal, so how you pick between the two as a voter is beyond me. Do you prefer listeriosis-spiked salads or botulism-infected canned tomatoes? Pick your poison, they're both deadly for the US and also the world at large.

They should have picked Bernie Sanders for president.

Instead Trump and Hillary fighting out will be a huge gender war. Neither are unifiers.

Not that we can talk with Prime Minister Zoolander.

You're right, Gyor. Prime Minister Phony Socialist would have been sooo much more desirable. What have we done?! lol

Every empire reaches the end of the road and the United States of America appears to be reaching theirs. Which country will be the next world leader remains to be seen, but the Americans certainly won't have any moral authority in this century.

I can't say I'm happy about any of it, including the decline of the Republican Party. it simply throws the country into further chaos. it maybe that we do see the rise of a third party in the U.S.A. and that will be a good thing.

As funny as it is watching Trump and horrifying, we do need to remember it happened to us also. We had Harper. He was the Canadian version of Trump. we dumped him, but the Americans don't have that third party we do or England. It makes me very sad to watch this once great country enter its decline.