Why Nova Scotia Should Stop Honouring a War Criminal 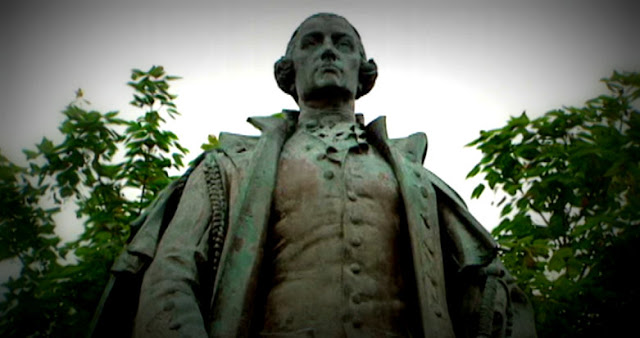 For eighty-five years the statue of Lieutenant General Edward Cornwallis has loomed over a park in Halifax.

To honour him for being the first governor of Nova Scotia, and the founder of Halifax.

In recent years native groups have tried to have the statue taken down and his name removed from other parks, streets and buildings in Nova Scotia.

For his decision in 1749 to issue a bounty for the scalps of Mi’kmaq men, women and children.

But sadly I see that initiative has gone nowhere.

The name Edward Cornwallis will remain on municipal properties in Halifax. A motion was put forward at Tuesday’s council session to update municipal markers bearing the name of Nova Scotia’s first governor Edward Cornwallis, including a park, statue and a street with his namesake.

Halifax Regional Council narrowly defeated a motion 8-7 requesting a staff report on a public engagement process on the issue.

And I couldn't be more disappointed and disgusted, for two good reasons.

Firstly, because I can't believe that in a country that is trying to create a new relationship with its First Nations, we would honour a man who would pay people to bring him the scalps of murdered men, women, and children.

And secondly, because of what he did in the aftermath of the bloody Battle of Culloden in 1746, which took place on this moor in the Scottish highlands not far from my family home. 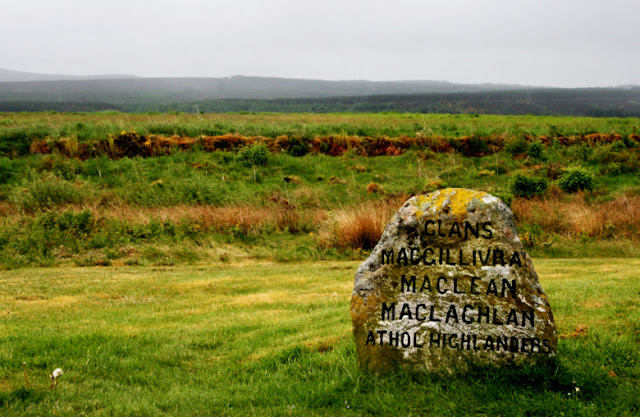 Cornwallis played an important role in suppressing the Jacobite rising of 1745.[2] He fought for the victorious British soldiers at the Battle of Culloden and then led a regiment of 320 men north for the Pacification of the Scottish Highlands.

The Duke of Cumberland ordered him to "plunder, burn and destroy through all the west part of Invernesshire called Lochaber." Cumberland added: "You have positive orders to bring no more prisoners to the camp."

Cornwallis's campaign was later described as one of unrestrained violence. Cornwallis ordered his men to chase off livestock, destroy crops and food stores. Cornwallis's soldiers used rape and mass murder to intimidate Jacobites from further rebellion 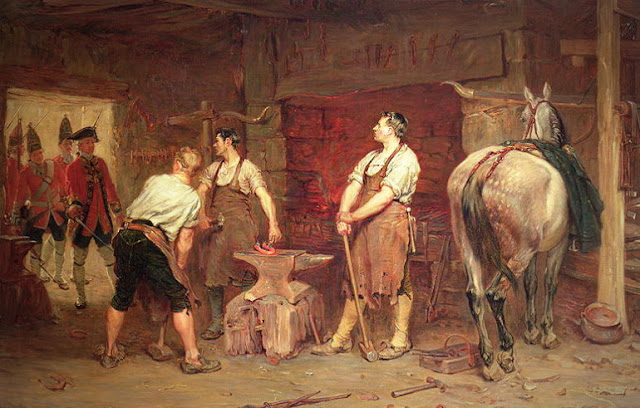 So he was already a war criminal before he arrived in Canada.

And I can't understand how anyone could honour a man like that, or accept the arguments of those who claim we shouldn't demolish that statue, or consign it to a warehouse or a museum, because it's part of "Canadian history."

When Cornwallis was not a Canadian, he was just a swaggering colonizer who did what he did for the glory of the British empire, is buried in England the only country he loved.

And we can do better by replacing that statue with a monument to the Mi'kmaq and the ordinary settlers who really built that city and that province.

In the highlands they don't forget what that butcher did... 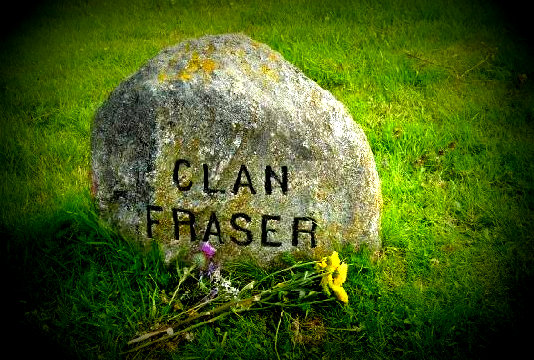 And neither should Canadians...

Well, he was certainly consistent...

I'm sure we could find some good Mi'kmaq names for those parks and streets.

Yes indeed, it was a damn poor show at Halifax Regional Council meeting. Apparently some of the councillors haven't heard of Google, nor indeed read a very good article from a couple of years ago in the local major newspaper. The latter is more detailed than the Wikipedia piece you have quoted (without attribution, I note), and shows what a major mess this man was. Basically he ended up being the governor of Gibraltar, about the same as being sent to Siberia and was "forgotten" about by the British government. They didn't even want to remember him in his day for goodness sake.

So now, with all the intellectual power of the uninformed councillors, Halifax has the dubious honour of commemorating a complete villain that the Brits don't even bother with.

And you yourself would do well to point out that it is not Nova Scotia but Halifax Municipality's elected councillors who are the dimwits here. Unless your knowledge of geography cannot encompass the difference.

Thank you BM for additional details. No need to be rude. If you haven't noticed, Simon has provided several posts each day over last few weeks. From comments, they are obviously appreciated by his blog followers.

Public pressure may help to reverse this decision in Nova Scotia.

It's a rich irony indeed that the people of "New Scotland" continue to honour a murderous Sassenach thug like Cornwallis. But honour him they do, not only in Halifax but throughout the Annapolis Valley.

If they can't agree on getting rid of the name entirely, why not change it a bit and honour instead the Great Cornholio.

Thx. for this posting Simon. They definitely need to take the statue of Cornwallis's down. He has no honour!

Hey the middle part reminds me of the Rob Roy film. Now that was a good movie.

Most "commanders" back in the day had a no prisoners agenda. If we are to "right" all of this, we might as well forget about the history books. Yes, the man was not nice, but war was a different thing back then as was society. In my opinion it is not reasonable to judge the man of the 1700s by 2000 standards.

hi BM...well maybe I should have used Halifax in the headline., instead of Nova Scotia. But I understand, correct me if I'm wrong, that there are other places in the province where Cornwallis is honoured, and if that's true the entire province should be cleansed. To think that a war criminal is honoured in a beautiful place like New Scotland, is more than I can handle. They threw wounded prisoners into a fire pit at Culloden did you know that?

hi TS...thanks for defending me, although BM did have a point, or half a point, and his opinion of Cornwallis is almost as low as mine. Of course I know a lot more about Culloden, I visit it every year, and have instructed my survivors to throw half of my ashes into that bloody bog where my Fraser clan was mown down by the British cannons. It's not the prettiest place in Scotland, and the battle was an absolute debacle from start to finish. But at least I can be sure that after spending half my life fighting for one hopeless cause after the other, I will be in the company of rebels, and I will feel right at home. Just don't tell my Mum, because she's English, and she would be horrified... ;)

hi Anon2...yes it is ironic that Cornwallis should be so prominent in the New Scotland after what he did to the old one. And while I'm not asking that they erase his name completely, they should definitely take down that statue, and put up one that celebrates our own people. I swear there are more statues in this country to our colonial overlords, than there are to those who really built it. But yes, if all fails, Cornholio would be better than nothing... ;)

hi Pamela....you're welcome. I suppose it's not the biggest issue in the world, but it offends me that a war criminal like Cornwallis is honoured in any way. The atrocities he carried out, along with his boss the Butcher of Cumberland, still live in the collective memory of highlanders. And like the atrocities he carried out in this country should never be forgotten...

hi anon...yes, that's a portrait of the so-called rebel hunt, that followed the Battle of Culloden. When not only were innocent highlanders killed and their humble dwellings destroyed, and women raped etc etc. The clans were forbidden from wearing their traditional dress, and that situation continued until Sir Walter Scott popularized the story of Rob Roy and the tartans, real or imagined, returned with a vengeance....

hi e.a.f...no you're wrong about that, there were some standards, and raping and murdering innocent civilians was beyond the pale. In fact a very famous story about the aftermath of the Battle of Culloden illustrates that in fine fashion. The commanding general of the English forces was the beastly Duke of Cumberland, who ordered that all the Scottish wounded should be shot, or thrown alive in a large fire pit. He was riding through the battlefield making sure his orders were carried out, when one of the wounded had the temerity to look at him, and Cumberland turned to a young officer riding next to him and ordered him to shoot the wounded man. But the young officer refused saying "I decline to be a butcher." That young officer's name was James Wolfe, who would die ten years later commanding the British forces at the Battle of the Plains of Abraham. Wolfe was an honourable man, Cornwallis was a war criminal....