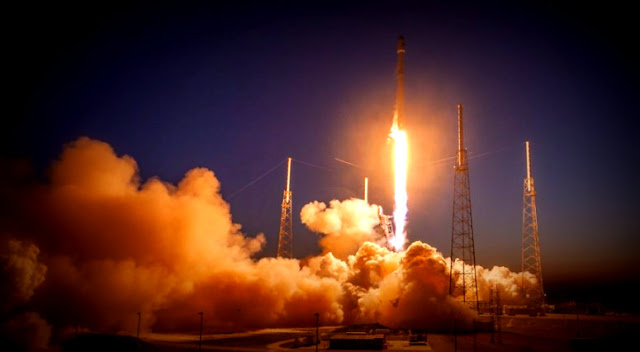 It's amazing what we humans can do when we push the boundaries of science.

Like fire off this SpaceX rocket from Cape Canaveral in Florida, deploy a satellite.

Then land the first stage on a so-called drone ship in the North Atlantic. 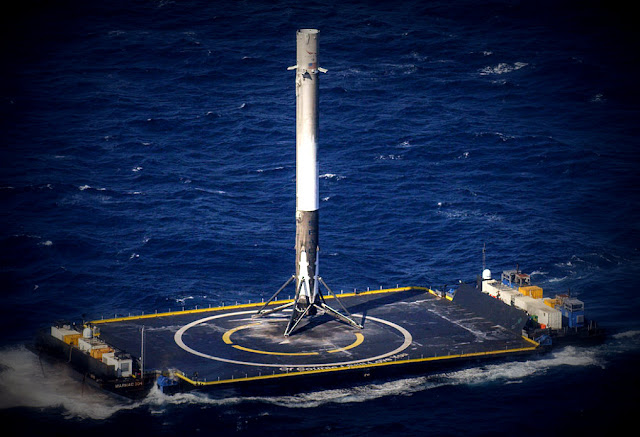 And this is what a new and speeded up video of that landing looks like from the rocket itself.


Which is amazing, and a tribute to how far SpaceX's Elon Musk, who is also developing the Tesla electric car, has come.

But then there is America's new Supergun.

Which can fire off a high-tech projectile five times further than this World War II-era battleship with five times the impact... 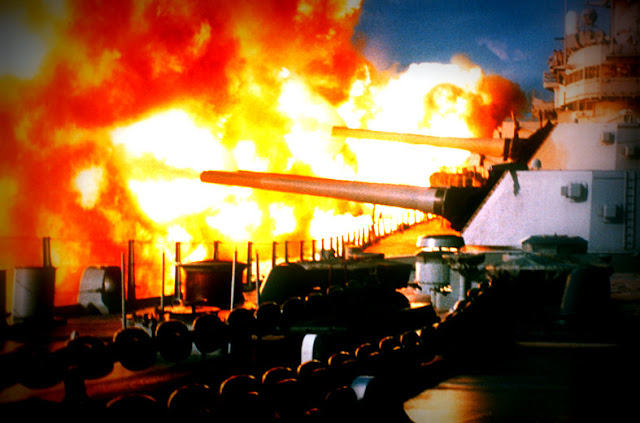 And uses neither gunpowder nor explosives.

In conventional guns, a bullet loses velocity from the moment the gunpowder ignites and sends it flying. The railgun projectile instead gains speed as it travels the length of a 32-foot barrel, exiting the muzzle at 4,500 miles an hour, or more than a mile a second.

The Navy developed the railgun as a potent offensive weapon to blow holes in enemy ships, destroy tanks and level terrorist camps. The weapon system has the attention of top Pentagon officials also interested in its potential to knock enemy missiles out of the sky more inexpensively and in greater numbers than current missile-defense systems—perhaps within a decade.

Which can only make you wonder where we're going in our never-ending quest to find new and better ways to kill each other.

Or wonder why we're not investing more of our scientific genius and more money to develop new sources of energy, to wean us off fossil fuels before we torch our planet.

Or just make more use of the technology we already have, like Scotland is doing.

Which is charging ahead with renewable energy, even though it has oil.

With turbines on land, on the sea, and under it... 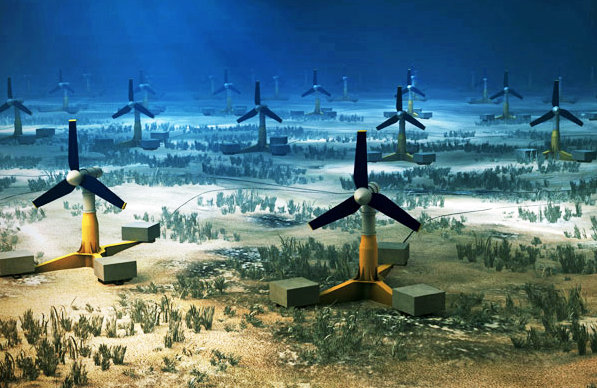 Or like Portugal just did, by running for four days on renewable energy alone

How much better off we all would be if we could get our priorities right.

Science. It can help save us.

Or it can help destroy us...

It is the duality of technology.

The same technology that launches a communications satellite into low earth orbit is pretty much the same one that can send a (MIRV warhead) bus into the same low earth orbit containing 10 nuclear warheads programmed to hit 10 different targets.

The same rail gun tech can be used to launch blocks of minerals from the gravity well of the moon to earth cheaply as well as be used to bombard targets from and in orbit.

It is up to us to decide what we want to use our technology for.

BTW some 30 years ago, the Raygun Admin (and also the Muldoon government) pissed away the chance to work on weaning the West off oil. "Oil is cheap now so we can buy all the SUVs we can or drive fast cars! Screw solar!" We have a very small window to do so now let us not piss it away again.

Maybe Canada could do some research on renewal energy.........but that would mean Alberta taking their heads out of the dirty tar pits and putting their thinking hats on!!!!!!! Maybe it would help if the current government (that I voted for) start doing more walking than talking these days!!!!!! So much was going to change...... It was sunny ways my friend, sunny ways, until they were elected. Now in Ontario we have many people charged with pot crimes....... Can you imagine how much of our hard made, middle class tax dollars are going to go to try to prosecute them..... Such a waste of police time, court time, and off course the middle class tax dollars. Diane and her CRA Mafia do not have the resources, nor the brains, to go after REAL tax dodgers but they do not have any problems squandering the taxes that the once middle class contributes to receive NOTHING in return. It burns my behind that there was no money in the budget for mental health...... This government does not have any issues with being two faced. My "CRA Trust Examiner" otherwise known as Mafia Hitman, even critized my Montreal Canadian hat upon meeting me on Friday....... But had no idea on how to do a real "trust examination". Spent our tax dollars defending CRA and their excuses not to go after the real criminal tax fraudsters!,,,, yes Simon, I do really despise the CRA MAFIA Organization and their new "pilot project" to attack the middle class and small business whilst the real criminals run amok!!!!!! My rant for today!!!!! They have no time to explore renewal ideas.........too busy with their plan to continue to screw the once middle class. FP

Anon, I believe that you are the one with your head buried in the sand. You are a complete frigging jerk.

"In conventional guns, a bullet loses velocity from the moment the gunpowder ignites and sends it flying. The railgun projectile instead gains speed as it travels the length of a 32-foot barrel, exiting the muzzle at 4,500 miles an hour, or more than a mile a second.'

Rubbish. Someone doesn't understand basic physics if they think that's how a conventional gun works - I mean why include a barrel if this silly "explanation" is anywhere near correc? And has everyone forgotten Gerald Ball, our Canadian genius? Superguns were his stock-in-trade in the early 1960s.

hi Dan...yes you're right, I was just carried away by the thought that if I save up a million bucks I too can ride into space. ;)
But yes, that rail gun really is an ominous development, and can only lead to a new arms race, and destabilize the world further.
And we have Harper to thank for the fact that we are still hooked on oil, while other countries are way ahead of us in developing and fuelling their countries on green energy...

hi anon...I went to McGill, so I am familiar with the work of Gerald Bull. However not being a ballistic expert I have no idea what you are talking about. Gerald Bull's gun was a mammoth weapon, could not be mounted on a destroyer, and could not be fired as quickly as the rail gun. And it is a significant escalation of the arms race...

So now am I supposed to call you a frigging jerk for your comment. Get a grip, it is only opinions..... Sorry to bother you to the point where you feel you have to be ignorant. Really? Have a great day anon 6:39 FP

Very interesting Simon. Had no idea there were underwater turbines. You should do more articles like this as opposed to politics all the time. Just my 2 cents.

In a conventional gun the bullet picks up velocity but acceleration decreases as the explosive gasses expand and it travels down the barrel otherwise most guns would have a short stubby nosed barrel and a separate sighting mechanism.In a rail gun velocity increases and acceleration remains constant resulting in much higher exit velocities.Equivalent to keeping the gas pedal to the floor instead of backing off slightly as the car picks up speed.

As I understand it the technologies are completely different. Bull's gun used JATO rockets , spaced along the barrel ignited sequentially by electronics to fill in the low pressure behind the projectile as it travelled down the barrel.

Anonymous : Are you Kevin O'Leary or Donald Trump ?

hi anon...well now that Parliament is about to shutdown, and Stephen Harper is on his way out, I hope to be able to write some posts about other subjects, if only to prove that I don't have a one-track mind, and that I do have other interests... ;)

hi RT...thanks for that explanation. I'm going to have to appoint you my technical adviser... ;)