How the Trudeau Government Can Stop the Kinder Morgan Pipeline 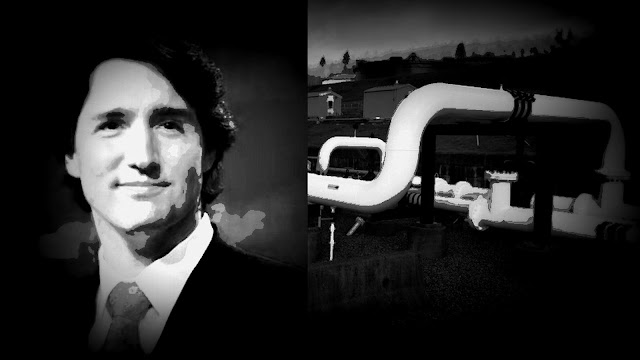 As expected the National Energy Board has approved the expansion of the Kinder Morgan pipeline.

The National Energy Board (NEB) has recommended approval of the controversial Kinder Morgan Trans Mountain expansion project, subject to a whopping 157 environmental, financial and technical conditions.

But although the decision grates, it is predictable, because the NEB is stacked with Harper appointees.

And the good news is that Justin Trudeau and the people of BC can still make sure that pipeline is never built. 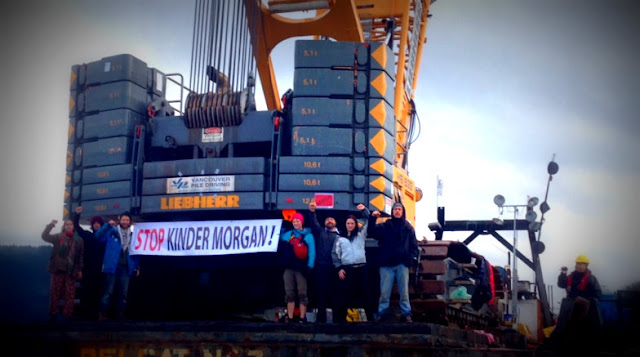 For starters, whatever the NEB says, Kinder Morgan will never be able to live up to  these conditions.

The 157 conditions placed on the expansion include requirements for project engineering and safety, marine shipping, emergency preparedness and response, environmental protection, people, communities and lands, financial responsibility. Overall, 58 of these conditions pertain to the environment, including nine for air quality and greenhouse gas emissions.

Let alone these other conditions imposed by the Trudeau government.

Prime Minister Justin Trudeau's government has previously announced that the project would undergo an additional review, including new consultations with local communities and a climate change test to determine whether it should proceed.

Not when the province's coast line is so fragile, not when so many local communities and First Nations are adamantly opposed, and are prepared to use the courts to block it. 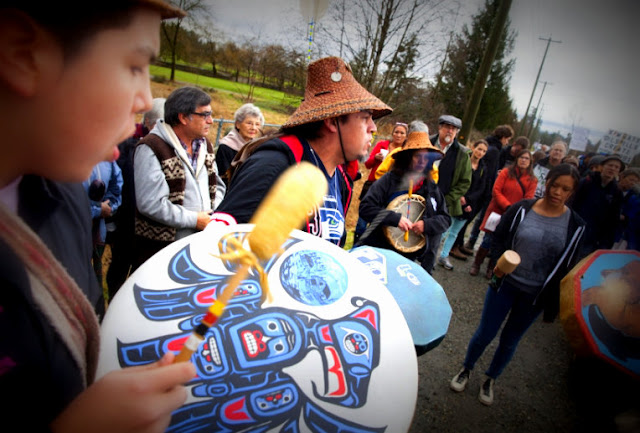 Despite a recommendation of federal approval from the National Energy Board (NEB), opponents of the Kinder Morgan Trans Mountain expansion remain steadfast in their belief that the pipeline project will never break Canadian soil.

George said the NEB ruling means "business as usual" for his community, which has amassed hundreds upon hundreds of pages of scientific and anecdotal evidence proving that expansion would not only do irreparable harm to the environment, but to his nation's economic and cultural resources as well.

"This is not a good investment," he explained. "First Nations have won 170 legal cases around resource extraction, that’s a 97 per cent victory rate. It’s pretty clear to me that we have veto power over this company."

Not when Kinder Morgan will NEVER pass the climate change test.

And when Justin Trudeau is faced with choosing between BC where he enjoys enormous support, and the First Nations with whom he is trying to build a new relationship, versus the Trudeau hating province of Alberta, his decision should be easy.

So please don't listen to this old Trudeau hater.

Who hates Trudeau so much he has said he should be raped in jail, and whose diseased hatred conditions everything he writes.

Don't give in to despair. You can do something to make sure that pipeline is never built.

So what we can and must do is to put as much pressure on the Trudeau government to do the right thing.

Let it know how you feel, in no uncertain terms.

Write your MPs. Take the struggle to the streets. 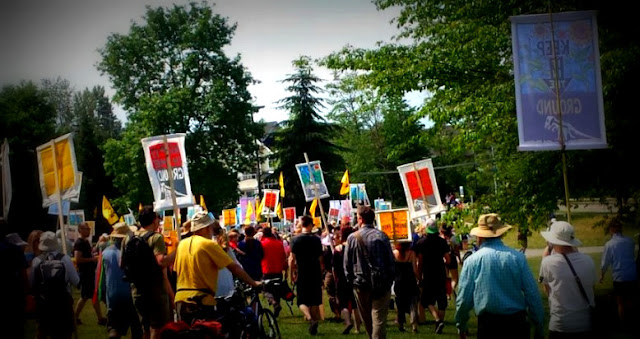 And bury that bloody pipeline once and for all...

Heard about this right after learning that wildfire has spread to Saskatchewan. Emperor is wearing no clothes...

Ever hear of the Kinder Surprise for kids? (small toy inside a chocolate egg)

Hi TS...I didn't have time to get into it, but a major part of the problem are all the Harper appointees in the NEB, whose terms run until after the election. It's practically impossible to get rid of them, without dissolving the NEB and replacing it with another body, with a different name and a greener mandate. But that would be messy and I think the Liberals are hoping that the many conditions will cause the pipeline to wither on the vine...

I was born and raised in Alberta but my grandson is now working on a prawn boat out of Gibsons and loving it. Kinder Morgan representative was spouting how many jobs and how much money this pipeline would generate for Canada. That's what they always say, isn't it? We know who makes the money and it isn't Canada.

Hi David...maybe, but what I'm trying to say in this post that it's up to the people of BC and their allies in the rest of Canada to make as much noise as possible.Because in the end it will be a political decision. It won't be an easy one, because if they don't get a pipeline many Albertans could be so angry you will almost certainly see the beginning of a separatist movement. Oil and pipelines could be the death of this country....

This is a litmus test for me. This and the TPP. Pass either one and your just another liar. Neil Young remembers.