What Is the CBC's Con Board Hiding? 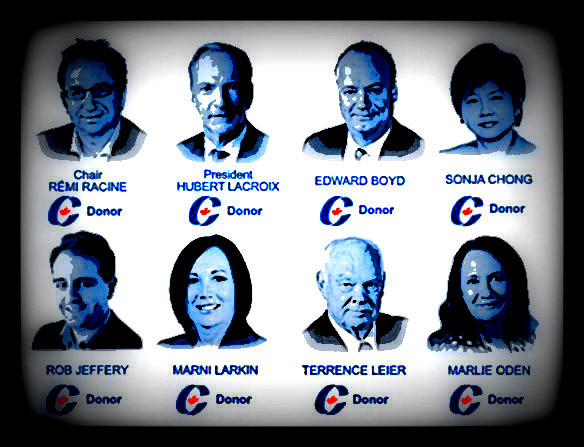 Well we know who they are, the members of the board of the Conservative Broadcasting Corporation.

And we know that one of them, Brian Mitchell, just left to run for President of the Harper Party.

But what we don't know is what the Harper Party's other loyal servants have been up to since the election.

Or why the minutes and other documents of the Con board's meetings are suddenly a secret.

Since August 20 2015, the CBC has not published any agendas, minutes or documents prepared for its board of directors, which it normally does as part of its policy of proactive disclosure. Between January and August 2015, documents for seven meetings were published.

Even as the board prepares to sell off all kinds of buildings all over the country, including Radio Canada's Montreal headquarters.

In February, the broadcaster put Maison Radio-Canada — valued at $104 million by the City of Montreal — up for sale. According to documents issued by brokers Avison Young and Brookfield Financial earlier this year, the CBC wants to divest 100 per cent of its interest in the René-Lévesque Boulevard East site.

Which could cripple the national broadcaster's ability to produce its own programming.

And it can only make you wonder why they cooperated so enthusiastically when Stephen Harper was slowly strangling the CBC? 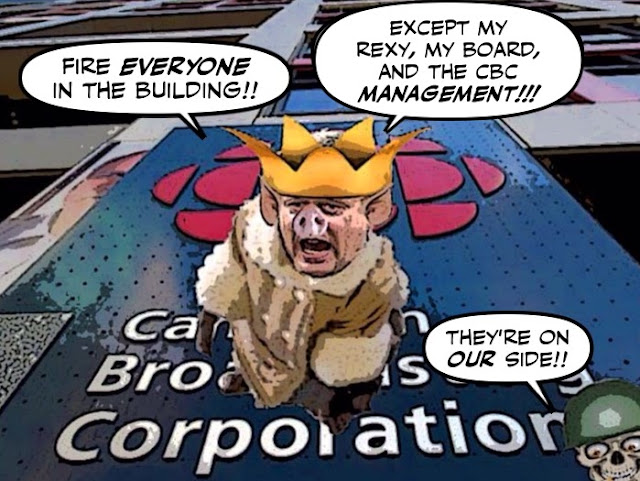 When thousands of mostly young workers were thrown into the street, while they never raised a voice in protest.

So I think this question from the NDP's Heritage Critic Pierre Nantel is a good one.

Nantel asked Canadian Heritage Minister Mélanie Joly if the lack of public disclosure concerned her, given that many of the appointees on the CBC’s board were selected by the previous government of Stephen Harper: “Six months after the Liberals’ election, the CBC board is still stacked with Conservatives making decisions in total secrecy. Does the Minister think it is acceptable for our public broadcaster to work this way?”

And while Mélanie Joly's answer was reassuring.

Joly told the house she is following the issue closely and considers appointments to the CBC/Radio-Canada board of directors to be a priority. She said the Liberal government intends to announce an appointments process in the coming weeks.

I think we need to keep up the pressure on the government to make sure that happens sooner rather than later.

And demand that this matter get urgent attention.

Stephen Harper did poison the well.

Harper has ensured his hostile agenda will live on by appointing some Board members to serve until 2020, the year after the next election.

He tried to make sure that his plans to slowly destroy the CBC would continue even if he was defeated... 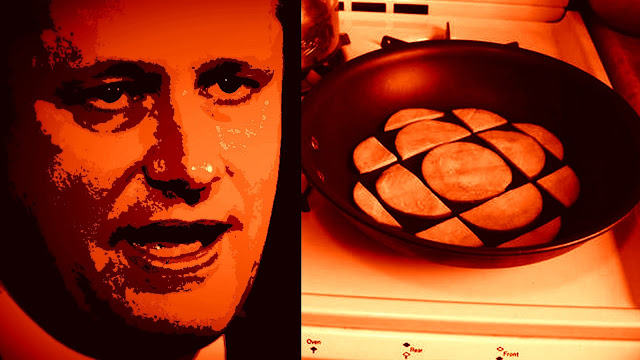 And this is the only way we are going to fix that problem.

The Liberal government cannot simply dismiss members of CBC’s Board, including Hubert Lacroix, CBC’s President because their appointments are made “during good behavior.” To do so would further undermine CBC’s independence and set a bad precedent, though it is clear that the CBC needs new leadership.

The Trudeau government can and should abolish the Board through an amendment to the Broadcasting Act, replacing it with a new governance structure whose members are appointed based on merit and independent from the government. The new CBC leaders should also be given the power to hire and, if necessary, fire the President.

And fire every member of that Con board... 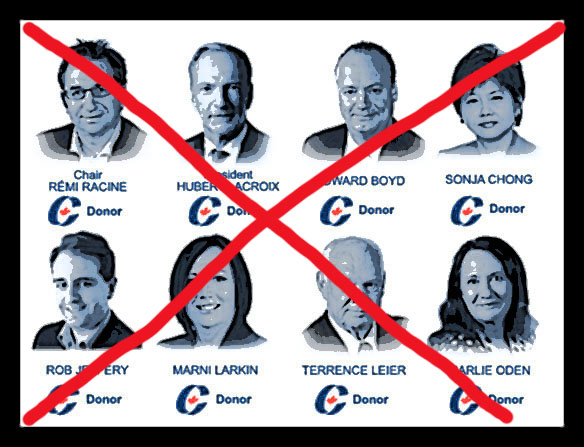 For almost ten years they and others presided over the slow destruction of the CBC.

Now it's time for them to pay for that.

The CBC should be sold. Good luck getting them fired, will never happen.

You are absolutely correct Simon, this Board of Ultra Cons should be fired before they cause anymore damage, and while their at it they should boot that nefarious Gordon Campbell out his posh London digs.

Thanks for the reminder that Harper planted a bunch of turd blossoms in the ranks of the CBC. Yes, they should all be fired. I just don't know how you can make that happen.

And also for the reminder that the steep decline in the CBC has nothing to do with the quality of the people that work their, but because of the failed leadership of Harper's goons.

Until that day that they're fired or removed, they will continue to devour the value of the CBC from the inside.

Hi MK...I'm sorry I completely disagree with you. The CBC is even in its present condition a great Canadian institution with the best radio and TV shows in Canada. They provide service to remote areas no private station would cover. And as for getting rid of the board that too is easy, change the Broadcasting Act and fire them all...

hi anon....what outrages me the most is that even though their masters were defeated that board is acting as if the Cons were still running the country. And if they can't adapt to the new reality, they should get the boot as soon as possible...

hi anon...the way to purge the Con board is to change the Broadcasting Act and then fire them. Just as the way to purge the Cons Harper planted in the National Energy Board just before he was defeated, is to scrap the NEB, and create a new board dedicated to energy matters, with a new name and a new mandate. It is all possible, but so far Justin Trudeau wants to play nice, which sooner or later he will come to regret. For they will never stop trying to destroy him....

I am not sure if Trudeau's problem is that he wants to play nice, I think it might involve some enmeshment with the same elites that called the shots with the cons. He is being very careful not to threaten the establishment and make real changes. So far a lot of the changes in direction seems cosmetic.