Inside the Right Wing Conspiracy 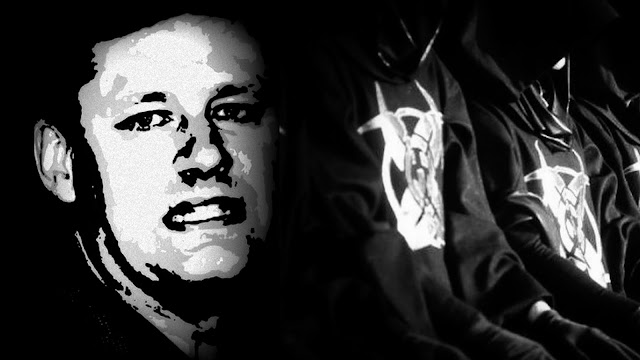 The other day I told you that the ultra secretive right-wing Civitas Society was holding a conference in Ottawa this weekend.

And how I was sure that Stephen Harper would attend because it's the dank corner of the right-wing conspiracy where he feels most at home.

The place where he first revealed his sinister hidden agenda thirteen years ago.The place to where he returned after his election victory in 2006, to swagger around and party like there was no tomorrow. 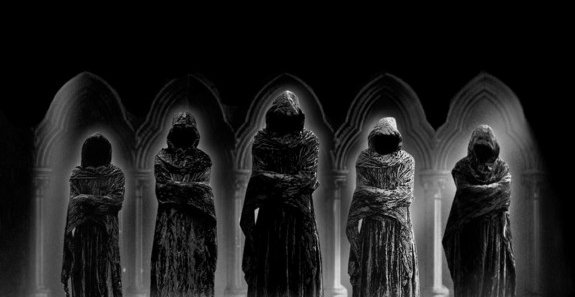 So you can decide for yourselves why Harper finds it so attractive.

And to help you make up your own minds, I thought I'd tell you who exactly are some of the people on this speaker's list.

Starting with Diane Weber Bederman, whose extreme views on the future of Western civilization. 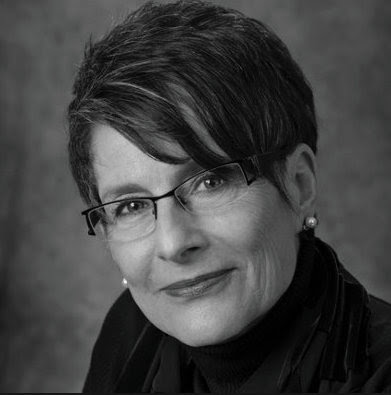 Today, we are up against tribal societies whose ethic is one of honor and shame and where blood revenge is in the veins, where violence begets violence that, over time, can lead to a sense of helplessness, hopelessness, and victim-hood. At the same time, too many of us born into freedom have become apathetic to, even neglectful of, the very ethic that underpins that freedom. It is time to go back to the founding ethic of Western culture, ethical monotheism, and reclaim our western values.

Are only matched by her extreme support for Israel, and her extreme hatred for the United Nations... 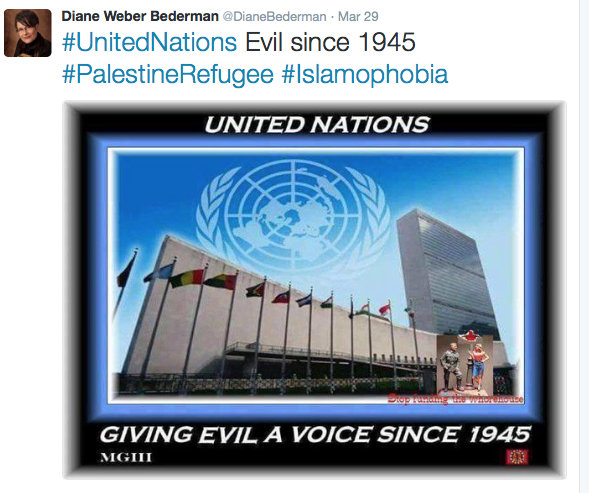 Then there's Dr Douglas Farrow, whose call for a theocracy on earth, and his disturbing views on gay marriage. 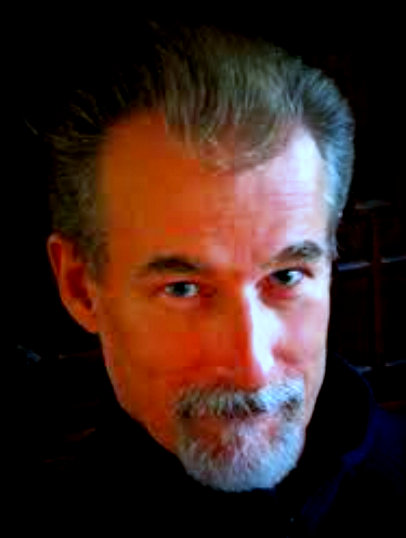 "Erudite and impassioned - an act of faith and of resistance to the insidious claims of the post-Christian and post-liberal state."

"A brilliant expos of the implications of same-sex marriage - and a compelling analysis of what it will take for society to reclaim the birthright of freedom it has lost in a reckless social experiment."

Couldn't be more disturbing or more deranged. But are also shared by Harper.

Then there's Waller Newell, a member in good standing of the neoliberal conspiracy,  and a darling of the Heritage Foundation, which is heavily funded by the Koch brothers. 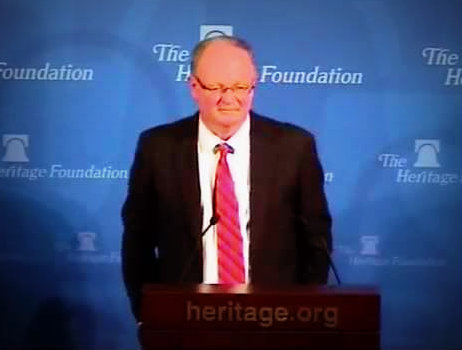 Who would like you to believe that democracy isn't always possible, and that some tyrants (left-wing ones) are worse than others.

As well as having a strange obsession with manliness.

Of the cave man type.

Then there's Andrea Mrozek, who is associated with the theocratic Cardus organization, and the anti-gay and anti-abortion fanatics at Focus for Life.

And whose subject of her speech to the Civitas cult speaks for itself:

Government in the bathrooms of the nation -- and everywhere else.

And Jackson Doughart who is another fervent anti-abortionist. 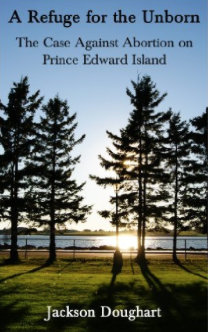 Or Peter Stockland, the Catholic fanatic and one-time  editor of the Montreal Gazette. Who believes it's OK to discriminate against gay people, as long as you don't hate them.

And is leading a discussion at the Civitas conclave that compares Justin Trudeau to Donald Trump.

And of course you know Ezra Levant, whose address to the conference is titled Let's not be naive culture matters. 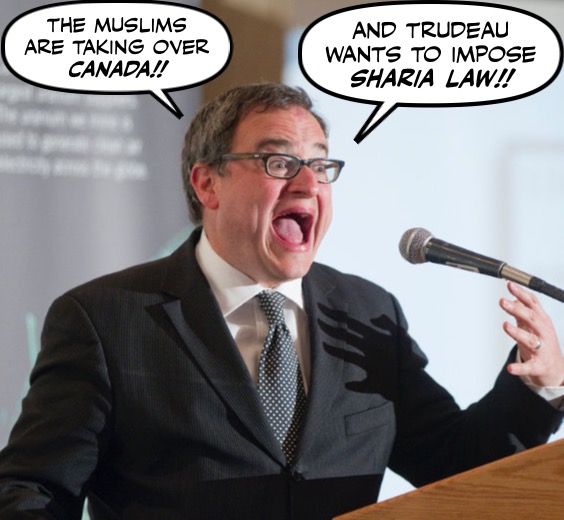 And I'm sure you know what that means.

Just like I hope you can now see why Stephen Harper would be so comfortable in that company.

Although it doesn't explain or justify why so many MSM journalists are or have been associated with that sinister Civitas cult.

And I just hope progressives remember that there is a right-wing conspiracy in this country.

It is at war with us and our values.

And we will not be safe until the day we defeat it...

"When a meeting, or part thereof, is held under the Chatham House Rule, participants are free to use the information received, but neither the identity nor the affiliation of the speaker(s), nor that of any other participant, may be revealed. - See more at: https://www.chathamhouse.org/about/Chatham-house-rule?gclid=CJPEucHruMwCFYKBaQoduXoORw#sthash.d4hFnfft.dpuf"

The self-deluding bozos at Civitas either don't know that "there is only one Rule" or have imagined other rules where none exist, to the effect that the identity of those at the meetings must be concealed, and nothing at all said at the meetings can be disclosed. Their invocation of "Chatham House Rules" reminds me of their propensity generally for what has been called "policy-based evidence-making."

Simon I am not into any religion but it just happens on this Sunday morning, after reading your blog, I am rejoicing in the fact that Hitler Harper and his morally depleted minion supporters now have no voice!!!!!!! Praise be to smart Canadians that voted this racist bigot and his equally racist bigot supporters out!!!!!! "Annoying mouse" ha ha

I broke out laughing at the cover of the book by that hideous hater Douglas Farrow. A famous painting of the Holy Family by Michelangelo, not only well known to be gay, but also the writer of extraordinary love poems to his beloved Tommasso dei Cavalieri...

Happy May Day to Sébastien and you!

and a great fuck you to ignorant bigots like Farrow and his friends, who disdain this love... as well as contriving to destroy public healthcare, and kill many of us for not being wealthy.

hi tyjomuk...Oh come on, please reconsider. Who could give up a chance to walk around in a bathrobe, and listen to all those great minds?

hi anon...I find it outrageous that the Civitas cult should compare themselves to Chatham House. When the only reason a veil or shroud should conceal their discussions is because they are so wacky and mediocre....

hi anon....good, that's the kind of state we should all be in. Praise be to us for having booted that bully bigot out...

hi lagatta...Happy May Day to you too !! And thanks for pointing out Douglas Farrow's hilarious gaffe. He reminds me of a character in a Vincent Price movie, or the hypnotists you used to see in comic books. And the thought that he's teaching at McGill, fills me with horror...

I want to thank you for the honour of comparing me to Prime Minister Harper.He remains the only leader to stand by the only democracy in the muck and misery of the Middle East. That country is Israel. The Jewish people provided the ethic that underpins the freedom of all of you to share your views that in 60% of the world not based on ethical monotheism you would be shot. Particularly in the Muslim countries where tolerance is not in the dictionary. You seem to take your freedoms fro granted. I suggest you read my book and discover how easily they are taken away by arrogant people with grandiose infantile delusions of entitlement.

"how easily they are taken away by arrogant people with grandiose infantile delusions of entitlement". gee that sounds like the Cons party when Steve was running the show. Could describe the Trump or the Koch brothers and Christy Clark in B.C. sounds like a whole lot of 1%ers.

Mankind has been fighting religious wars for ever. Western civilization was no exception until our governments finally separated church from state.Religious beliefs are personal and should be shared between like minded people but unfortunately "arrogant people with grandiose infantile delusions of (religious) entitlement" refuse to leave things that way.We currently see it in the middle east, we saw it in Ireland (until recently)and sure as hell didn't want the ReformaCons bringing it back to Canada.
RT