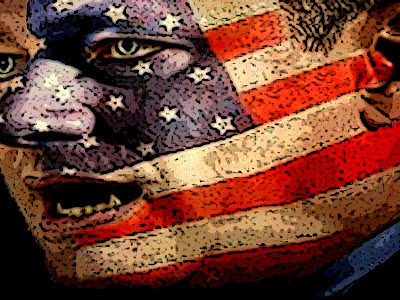 He's raped our precious Canadian values, shamed us in the eyes of the world, and now he's going after our history.

In 1666, Jean Talon, the Intendent of New France, conducted Canada's first census. Enumerators spread out through communities such as Montreal, Quebec City and Trois-Rivieres.

It was a landmark moment, not just in Canadian history, but in the history of census-taking itself, the first modern census in the western world.

It was something to be proud about. A Canadian success story. Statistics Canada is respected and admired by people all over the world.

Now Stephen Harper and his evil Cons are trying to destroy it because these alien ideologues think and act like tea baggers.

It was easy to laugh when the far-right Tea Party Movement announced its boycott of the U.S. Census. It's something else again when the Canadian government itself promulgates a culture of paranoia, by insinuating that the long-form census is some kind of grotesque invasion of personal privacy, or Liberal plot.

Even if their crazed ideology would bury us in the darkness of ignorance.

Even if it would turn us from census leaders. 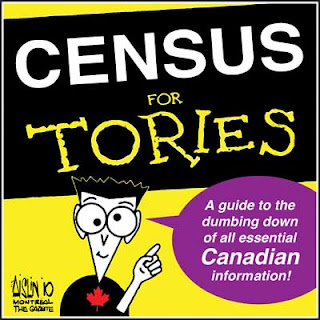 But then why is anyone surprised ?

Susan Crean remembered encountering a young, blue-eyed politico at a constitutional conference in Calgary in 1992. When the man learned that she had co-authored a certain book about American domination of Canadian and Quebec politicians, the man responded: "You should not have been allowed to write that book."

Harper was clearly still angry about having had to read it at university. In his view, I took it, the book was treasonous. I was so shaken by his words, and his open hostility, that I immediately left the dining room."

Because for Stephen Harper the desire to turn us into Amerika isn't just intellectual, it's VISCERAL. And he's always been a loutish bully and a would be dictator.

Anyone even vaguely familiar with the vast literature of management studies will recognize the prime ministerial style: bossy, bullying, cold -- or, in academic jargon, "exploitative-authoritative."

This kind of leader, say the experts, "has low concern for people and uses threats and other fear-based methods to achieve conformity. Communication is almost entirely downward ..."

So what can we do about it ? Unite, organize, put our country before our parties, and drive that political thug and his AmeriCons from power before it's too late. Period.

And of course, help spread the message: Stephen Harper and his tea baggers want to drown us in ignorance, destroy our history, turn our country into a brutish jungle, and Canadians into idiots.

But we won't let him eh?

Because we're young not stoopid. Our history will save us.

If we frame the narrative as Canadians versus tea baggers we can't lose.

And we know a monster when we see one... 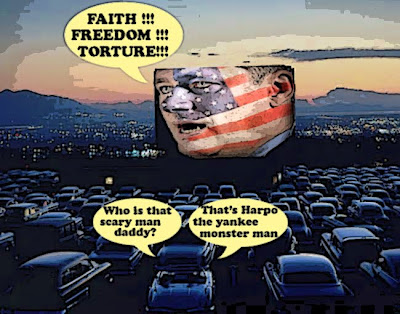 The matter about Jean Talon and the census doesn't concern Harper since it was before the nation came into being.

Moreover, it happened in the French part of the country so it doesn't matter--at least, to conservatives.

Denial syndrome gets good mileage in the minds of the evangelical christian right. We see it every day.

Denialists can't face facts and a denialist is a supposed prime minister?

Time for a change, n'est-ce pas?

Great post, Simon. I will use it -with your permit- for a post on it in my blog. It's important to make it known in Europe, many people doesn't see we have mainly the same problems with our politicians. They do not serve to their people, the serve to alien interests.