The Census Fiasco and the Invisible Gay People 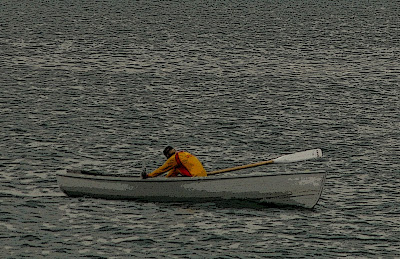 Oh boy. Sometimes being a gay progressive in this country feels like rowing against the current on a hot windy day. Just when you think you're getting somewhere... you're not.

Take the census story for example. Everybody comes out blazing at the idiot Tony Clement.  When it should have been obvious that such an ideological move could only have come from Stephen Harper. As Jeffrey Simpson  points out.

This sprang from Mr. Harper’s ideological core conviction about Big Government and, more important, a tactical political sense that here was an issue that could activate his party’s populist base – that could galvanize the core with bogus but potent arguments about the perils of the “nanny state,” the “elites,” the “bureaucrats,” the same sort of people who connive to take away your guns, raise your taxes and threaten your liberties, against whom only the Harper government stands resolute.

And I wrote here.

But here's the thing that bothers me. Not ONE other writer in this country, or progressive blogger as far as I can determine, has pointed out what this census move means for gay people or gay families.

Statistics Canada only started collecting data on gay families in the last few years. That data is important so health and social services can be targeted to serve the needs of an oppressed and neglected community. Now that data will be compromised and gay people will be invisible again.

They wrote gay people out of the citizen's guide, they are refusing to fund any of their projects. And NOBODY in this country could put two and two together? They started counting them and then they STOPPED. What a coincidence. Or thought it was important enough to even mention. Huh?

Just like nobody for that matter has bothered to examine the implications for pay equity. The FIRST thing the Harper government attacked like rabid animals when they came to power. Harper's dirty little compulsion...his hatred of women's equality.

You know it's fun to compare Harper to a kid who doesn't want his parents to see his report card.

Although the tin pot dictator has said publicly that he doesn't care about the report card of history. All he cares about is the judgement of his GOD.

And it sure is a hoot to make fun of Oh My Darling Dumb Clementine... 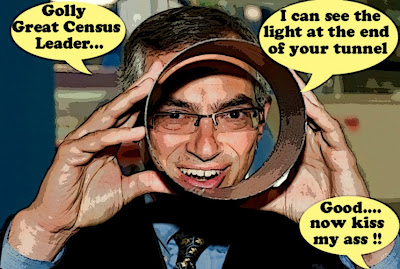 But if we want to defeat that sinister political thug it's far more effective to put a human face on his victims. And let people know that it's ALL about Harper. It's PERSONAL.

And that unless his foul ideology, which is the ideology of Amerika, is halted in it's tracks, it will eventually tear this country apart.

Oh well. I guess I'll just have to keep doing that myself eh? And speaking up for gay people. I don't mind a bit. There are other better gay bloggers than me in the progressive Canadian blogosphere.  But they are not so political ... and I'm definitely RUDER.

So here's my message to Harper and his anti-gay rubes and theocons.

And kiss my ass.

We are here. We are queer.

And we are not INVISIBLE... 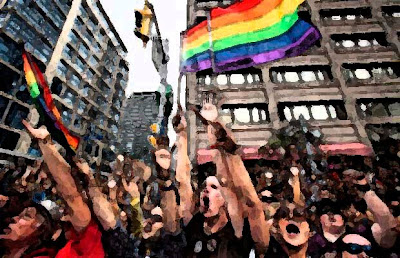 “He’s not here because he’s afraid to confront the deficit the G8 left on the table,” he said.

You know what else pisses me off? The Cons are using Trudeau's comment about the State having no place in the bedrooms of the nation to justify their teabagger suckage on this matter.

SO...they are stating that anonymous reportage of *property* architecture is as horrific as the criminalizing of homosexuals honest enough to be openly homosexual in Canada (among other small details like contraception and abortion), and that they have taken the same HEROIC stance in the cause of Canadians by yanking away a census form.

I wish someone could nail them on that.

Hi Toe...yes good for Dr.Montaner. Just like in the case of maternal health Harper and his Cons are prepared to kill people in the name of their foul ideology. They are the most diseased evil government in Canadian history and we must concentrate all our efforts to defeat them, because can you imagine what they would do if they accidentally got a majority? Ugh.
Unfortunately I can, and it gives me and my teddy bear nightmares... :O

hi Niles...yes I noticed that Trudeau reference too, and what can I say except we are living in a version of 1984, and these foul Cons are turning history on its head.
I can only imagine the contempt Trudeau would have had for these porkers, and their disgusting wedge issues. It would have been something to see.
The good news is that if the opposition can link this ideological move to the greater narrative, and label the Cons as Amerikan teabaggers, we might be able to do them some real damage.
Am I dreaming or not? :)

hi prin...yes a lot of "sometimes." And it is sad, but I've been rowing upstream all my life so I don't mind.
As long as when we get to the falls the Cons go over first... ;)