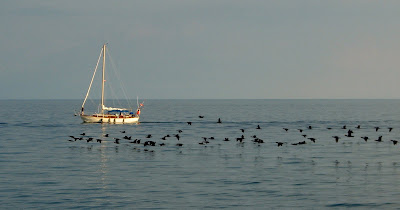 I wasn't planning to blog about politics this weekend. Just hang out at the beach with my friends.

Check out the wild flowers in the beautiful garden that is Canada in summer. 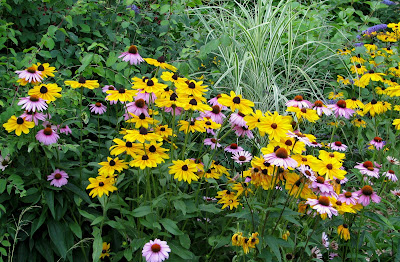 And play with my dog. 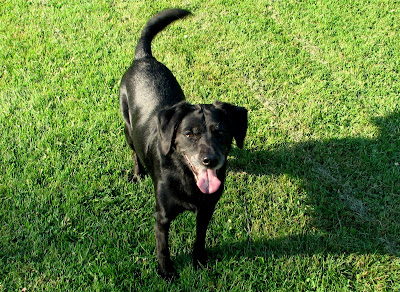 He's getting on. I don't know how many more summers we're going to share together. So I promised him we'd have an EXCELLENT one.

And quite frankly these days I'd rather throw the stick all day, than write about Canadian politics.

But something James Travers wrote in today's Star kept coming back to haunt me.

This country today is not the country Conservatives inherited. For better or worse—and certainly to the qualified satisfaction of voters who share Harper’s brooding hostility to the Canada of Pierre Trudeau, Tommy Douglas and Joe Clark—this is becoming a different, sometimes difficult to recognize, place.

Because it's a question I keep asking myself. How could something so ugly happen?

In such a  beautiful place...

How could we let those poisonous weeds choke our beautiful garden? And what stinking heap of Amerikan manure are they growing on?

Oh well...speaking of flowers...this video is about the crazy war on marijuana.

But it might as well be about what Stephen Harper's Cons want to do to Canada...

Or have they already changed Canada beyond recognition? Because it all looks so familiar. So dark and so ignorant.

So will we get our garden back? Maybe. If we're smart enough to unite and drive Harper and his AmeriCons from power, before they destroy everything we love about this country. And change us FOREVER.

I mean what else can you say eh?

In the meantime.... what does my old doggy think about all of this? 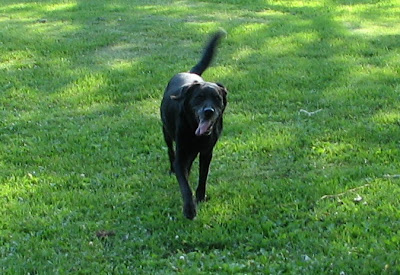 I didn't know you had a lab. For some reason, I always thought you had a German shepherd. Don't ask me why I thought that.

And yes, as usual, Travers hits it out of the park. No wonder he wins awards. It's too bad many don't see him for the gifted writer that he is.

But that's the Harpercon cheerleading squad. They can't think for themselves, so they have the likes of Sun Media and Natty Po do it for them. Sad sad culture and a frightening one at that.

hi CK...yup...he's a lab and although I love all dogs I don't think I could have any other kind of mutt. I love them for their gentle nature, their patience, and the way they love to play in water. If I had a German Shepherd I have to train it to chase Cons, and I just want to beat them not bite them. ;)
As for Travers, when the history of this sad period is written fifty years from now, I'm sure he'll get good reviews for the way he stood up for our Canadian values.
He isn't the only one in the MSM who has come to realize the horror of Harper, but it took them all long enough, and still there are so few...

Harper seems to be as bad as many European politicians who work hard on destroying out identities and social structure with more and more immigration of people who only want to suck and live on our account.
Harper works for the Bilderbergers, no doubt. Like Merkel, like Sarkozy, like many thers did and do (Blair, Major, Schroeder...). Zapatero doesn't, but he werves to them as the most stupid prime minister of Europe. And Catalan separatists do it, but they don't know they do it.

I hope Canadians will do something to save Canada from destruction. Cons all over the world are working in that way, they are not yet conservatives, they are traitors.

A German shepherd would be cool to train to attack Harpercons, but a doberman pinscher would be even cooler for that purpose. I can just imagine one of 'em running after John Baird, I wonder if the doberman would be able to ignore his screaming?

You're right about the lab though, they do have an even temperament and they're great swimmers for the most part.

hi Atreides... I'm not familiar with the situation in Spain, but Stephen Harper and his Cons have taken aim at all the values that have traditionally defined Canada.The weaker those values are easier it is for those Cons to impose their own Amerikan values. And sadly in this country we do have a traitor class that would sell out their country for something like the gun registry.
And thanks you have a good summer too...

hi ck....no no no. If a doggy is to chase Baird I insist it be a yappy chihuahua. It's only fitting :)

In Spain, socialists and secessionists are working hard on destruction of historic and social values in Spain, the last thing has been last week the approval of prohibition of bull fighting in Catalonia in 2012, nor to save animals, but to exterminate any sign of Spanish nation. Or our law of "historic memory" for elimination of anythings that remembers that in Spain has history they can't change. In germany they are doing the same things, with another context. EU is what Harper wants to do with Canada: destroy the nation, establishing a dictatorship of burocracy that is not elected by the people.