Why the Harper Cons REALLY Hate the Census 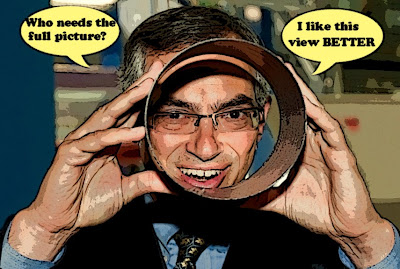 When I first heard about the Con plans to gut the census, I blamed it on simple incompetence. It made no sense at all. Tony Clement made the decision. And everybody knows he's an idiot.

They don't call him Oh My Darling Dumb Clementine for nothing eh?

But then I read it wasn't his decision, that this bizarre lunatic plan came straight from the twisted mind of Stephen Harper Himself.

“When these surveys were being cut back, the concerned federal departments were told not to comment on how that might muck up their work,” said the source. “They were told to shut up. The message had come from the top.”

Another source said that Clement had, in fact, advised against the decision, as had Finance Minister Jim Flaherty. Both were overruled.“It was a one-man decision,” Harper’s.

And suddenly it all made sense.

Because I may not know much about Clementine. I didn't study botany. But I do know Stephen Harper. I have worked with the mentally ill. And this is why he hates the census:

(1) He hates the truth because he can't control it. And his inner demons drive him to try to control EVERYTHING.

(2) He hates the idea of women as equal. The first thing he did when when he came to power was attack pay equity. And this lunatic move is more of the same...another attempt to KILL it.

(3) He doesn't want  to acknowledge the existence of gay people and gay families. He wrote them out of the citizen's guide. Now he's trying to erase them from the record.

(4) He doesn't want Canadians to know how many poor people there are, because he's planning to attack social programs like Jack the Ripper, and he doesn't want anyone to  hear the screams of the suffering.

Because suffering is his specialty. Torture doesn't bother him. He enjoys seeing fear in the eyes of others.

And of course he's CRAZY... 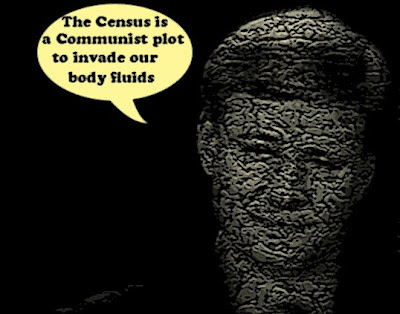 The good news? When Canadians understand that this deranged plan, that would shroud Canada in a fog of ignorance, is all Harper's idea. A lot of them are going to start wondering whether he's all there. If you know what I mean.

And whether he should be ...um....removed. IMMEDIATELY.

First the fake lake, then the Gorilla Show, now The Plan to destroy the Census.

Thank you thank you Monkey God.

What bothers me though is if an election were to be called tomorrow, us Harper-haters would split our vote again and make him win another minority. :(

I thought there was something funny about Clement when I saw how his story kept changing from day to day.
He's just inventing it as he goes along.With the whole country against him, and nobody defending it except him "Clementine" must be freaking out. You're right about Harper though, Tony is just a messenger boy who does what he's told.

hi prin...yes you can imagine how happy I was to find that picture. I had a photoshop I made of Clement as a witchdoctor. But that was when he was health minister. :)
As for the state of the progressive side... I try to be optimistic buty I have to admit it isn't easy. I do think the notion of a coalition has made some headway, but we need to be much bolder and braver if we're going to win...

hi anonymous...I knew right from the beginning that something was wrong,because the tool Clement doesn't make ideological decisions, he just carries them out. Like not funding any gay events.But I thought it came from the theocon operatives like Reid trying to stoke up the base. I also thought it might be a way to appease the libertarians who were bruised during the last party meeting. But now I'm convinced that it's just the sinister nerd Harper trying to do a little of everything...and attacking women again. His feelings on that issue are so strong I would describe his behaviour as compulsive. It's absolutely disgusting...

Uhh....don't you think you're going a bit overboard? So we don't have to fill out a census. So big brother won't have all our intimate details. Is that really so bad? Do you really want Harper or any government to know everything that's going on at your house? I find it a bit odd that everyone's all up in arms about this.

hi Blind Boy Grunt...the questions are not really intimate at all. Things like the number of bedrooms in houses help urban planners know the housing needs of a community. We need to know who we are so we can help ourselves and become a modern powerful country.
The data by itself is meaningless, your bank manager or landlord knows more about you. But when you put it all together it's a very useful tool. Knowledge is strength and it won't bite you... :)