What Is The Real Reason Donald Trump Went After Justin Trudeau? 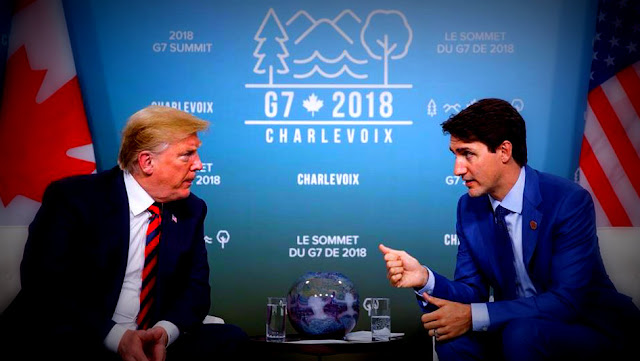 It made no sense at the time, and it still doesn't. Why did Trump suddenly turn Justin Trudeau into a mortal enemy?

Why of all countries would he bash his G7 allies, and declare war on Canada?

Is he jealous of Justin? Is Putin demanding more for his dirty pictures of Trump?

Or is Trump hiding something? 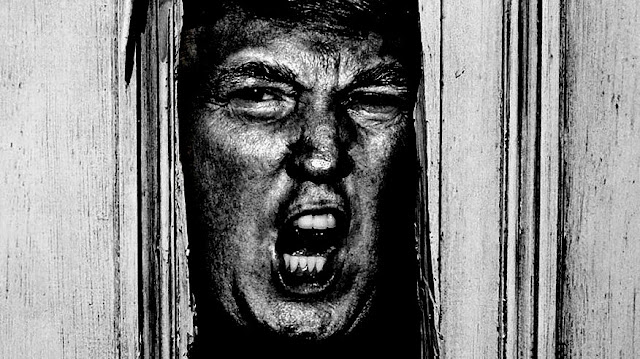 In recent conversations here, European officials cast a more sinister light on what they think Trump has in mind in picking very public fights with America’s closest allies and the institutions they and the United States have created to instill some order and fairness in the international system.

These officials fear that Trump is laying the groundwork for a U.S. decision to withdraw from the World Trade Organization, the 164-nation body that adopts and enforces global rules of trade and provides dispute settlement mechanisms when conflicts between nations arise.

And while it's hard to know whether even Trump knows what's he's doing, or whether he's just being driven by the screaming voices in his head.

He is playing Putin's game... 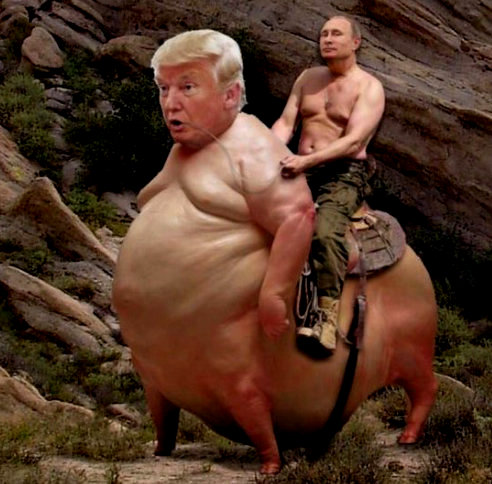 He would turn the world into a jungle.

Justin Trudeau might not be his real target, but fate has chosen him to be a leader in the fight against Trump.

And we must all do what we can to help our American neighbours restrain that bully beast by whatever means necessary... 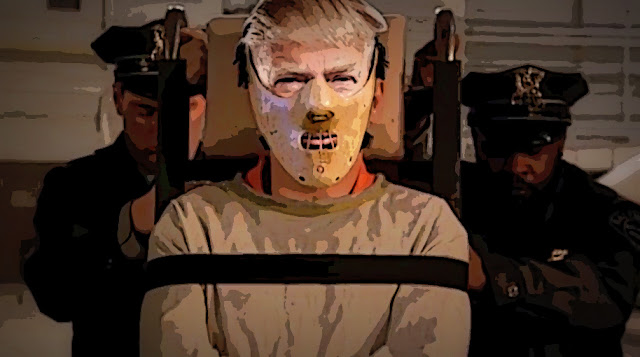 I agree with the basic premise: Trump under Putin's thumb is willing to push for the dismantling of ALL Western organizations. The UN is probably next.

That said, I think it's more simple for Canada: we acted in a unilateral way with respect to buying up the Kinder Morgan pipeline and Americans fear Canadian autonomy.

If we're not careful, we'll wind up like Venezuela!

Trump's "outrage" over Trudeau's "betrayal" is as fake as everything else about the man. It's just his idea of a negotiating tactic to unsettle his opponents and give him a pretext to throw his weight around.

Speaking of which, nice horse -- but the face belongs on the other end.

On a macro level, Trump is doing Putin's bidding, who not only wants to destroy the Western alliance but wants control of the Arctic, and to push out leaders of liberal Western democracies. Putin not only has Trudeau in the crosshairs over such issues as the welcoming in of LGBTQ refugees from Chechnya, but he despises Chrystia Freeland for her role in getting Canada to pass its own Magnitsky Act and for exposing the corrupt post-Soviet oligarchs who keep the Kremlin (and, by extension, their puppets like Trump) afloat. Sale of the Century is on my to-be-read list.

Trump's own thought process doesn't operate in such sophisticated terms, however. Everything is a personal affront and a slight to him. It's really very simple as to why he doesn't like Trudeau and never really did, despite being fooled for a time by his Jedi Mind Tricks (a colossal feat on Trudeau's part considering Trump doesn't have a mind to trick). He's jealous of everything Trudeau is, which is to say, everything Trump isn't. Particularly with regard to physical appearance. After all, who could forget how giddy his daughter-wife was at their initial meeting last February, or Melania's glowing embrace of him at her trip to the Toronto Invictus Games last October. A running joke says that even Lady Liberty is Lustin' for Justin, and who could blame her? He actually lives up to that poem displayed at her feet. Emmanuel Macron should repossess the statue and give it to Canada on behalf of La Francophonie.

Trump is not just a failure as a president; he's a failure as a man, as a father, and as a human being. So he has to destroy the one person above all -- even more than Obama -- who reminds him, just by existing, of everything he hates about himself. Justin had a difficult childhood but ultimately a positive and loving relationship with his father and his mother. Trump's father was a brute, and his mother actually said in an interview that she feared she had raised a monster. Sophie loves Justin, and so do his own adorable children adore their father. Trump can't even buy love from his wives, from porn stars or his hellspawn offspring. Plus, that Trudeau is friends with the racist pig's predecessor and self-declared nemesis only adds insult to injury in his warped, zero-sum mindset.

TL;DR -- the long-game reason he went after Trudeau is because he's a Russian mole and wants a "win" to play to the drooling base. But first and foremost it's personal. Everything is personal. I just hope Trudeau has food tasters on the payroll and enough Kevlar vests in his closet to match his colorful socks.