Doug Ford and the Hash Bomb 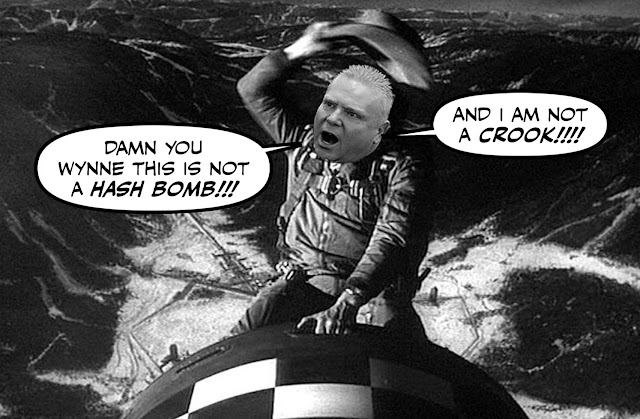 Well I see Kathleen Wynne has bowed to the inevitable and conceded.

But not before dropping the H-bomb or Hash bomb on Doug Ford.

Trailing in the polls with less than a week until the June 7 election, the Liberals have dropped the H-bomb — as in hash — on Doug Ford.

Using digital media ads in Punjabi, Chinese and Urdu, Kathleen Wynne’s party is drawing attention to a 2013 Globe and Mail story in which 10 anonymous sources alleged the Progressive Conservative leader was a hashish dealer in Etobicoke in the 1980s.

But since it's only five days before the election, and since Ford is still refusing to explain how he would pay for the $20 billion hole in his platform.

I wouldn't be surprised if he tries to use the Hash Bomb to his advantage. 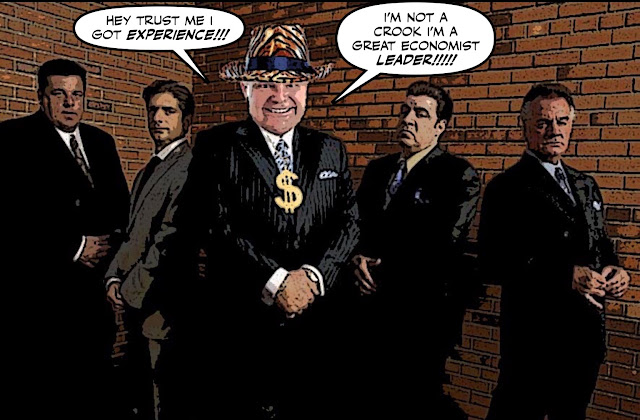 But I wouldn't if I were him.

For one thing the story seems to still haunt him, judging by what he said at a rally last night...

And secondly, a story like that one is too big to do anything but try to ignore.

For the more he tries to deny the allegations, the more people will wonder why he never sued.

And whether he might act the same way if he became Premier, as he did when he was a city councillor.

As a councillor, Doug Ford improperly used his influence at city hall to benefit clients of his family business, a city watchdog has concluded.

Two and a half years after an investigation was first launched into the former Etobicoke North councillor and his brother Rob — the late ex-mayor — integrity commissioner Valerie Jepson found the surviving Ford broke council’s code of conduct.

When him and his late brother Robbie thought they could do anything they wanted... 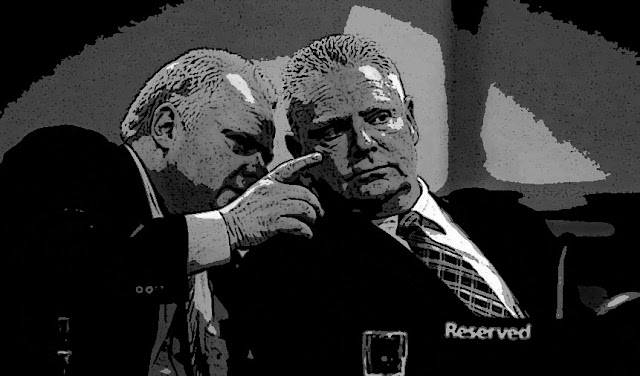 And judging from all his campaign scandals, nothing has really changed.

Whatever experience he might have had, legal or illegal, Dougie still doesn't know what he is doing.

Doug Ford still hasn’t explained how he’d pay for his long list of promises to Ontario voters, but an economist who crunched the numbers says the Progressive Conservative plan would eventually run larger deficits than both the NDP and Liberals.

Or how many seniors are going to die in the corridors of welfare hospitals, because they don't have enough money to pay for a room... 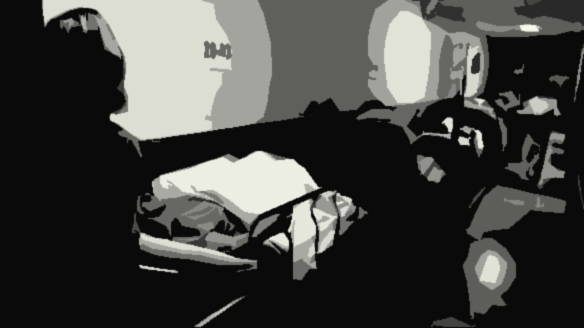 He won't tell us what he is hiding.

And he cannot be trusted.

So he is too risky to vote for.

And he was, is, and always will be, unfit to be Premier... 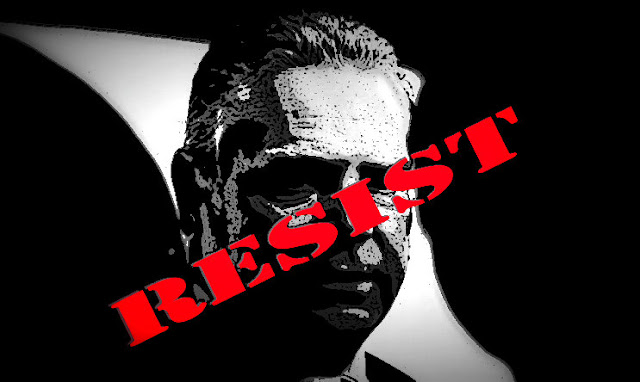 Trump comes back from an all-important meeting with the other Kim -- Kardashian, that is -- to declare war on Canada (Canada? CANADA!) in a scenario straight out of South Park or Michael Moore's Canadian Bacon, drawing the ire of the affable prime minister in a response straight out of Love Actually. Now, here comes the maple-flavored Trump clone, Drug Fraud, and the oft-told legends of his "alleged" career as an extracurricular dope dealer, straight out of a direct-to-video sequel to Strange Brew from the makers of Trailer Park Boys. What's next on the marquee of the Saturday matinée? I almost don't want to know...

I personally have never partaken of any mind-altering substances including alcohol, but this whole thing feels like a really bad drug trip. These people -- Trump, Ford... Kimye? -- cannot be real. I feel like at some point we're going to find out that this was some kind of elaborate performance art project gone horribly awry. Whoever is on the fence or (worse) is seriously enthusiastic about voting for Thug Fnord in next week's election needs an intervention and a trip to long-term rehab. People talk a good game about robots and the rise of the machines and what have you, but artificial intelligence is the least of my worries. What's really of immediate concern is the epidemic of addiction to natural stupidity!

Why is the government buying ads in Punjabi, Chinese, and Urdu? That's not exactly encouraging immigrants to speak one of our two official languages.

Hi Jackie.. I was out sailing yesterday, far out in the middle of Lake Ontario, and still I couldn't get far enough away from the madness that has engulfed us. It is a hallucinogenic version of Canadian Bacon, and the Trailer Park Boys are the Ford Nation.
The Fordzilla is hanging in, and reportedly heading for a majority, and we are going to have to vote very smartly if we are going to stop him.
But after that I'm outta here, off to a lonely castle or hermit's cave in the Scottish highlands. The whole of North America is getting too crazy for me, and I need a break... ;)

hi anon@7:49 AM...It's not the government it's the Liberal party. And I guess they're doing it because they're desperate, and they figure they can get more bangs for their bucks by targetting ethnic communities who are against any kind of drug use. If I were them I would have put the ads out in every language used in Ontario. For everyone should know what Doug Ford has been accused of doing, and why it's just another reason he should never be Premier...

What about the pipe line we all own now?

Hi anon@9:24...I may write something about it soon, but to be honest I can't get excited about it. The Trade War story is so much bigger and involves so many jobs, so is the Ontario election. And now that I have my boat in the water, I have to choose my priorities carefully... ;)

the biggest splash was Heather Malick allegedly saying he was mobbed up. Rumors of a ford protection plan within the Toronto Police are legend.

this is a provincial election you ignorant person. The pipeline is a issue that divides me. IMHO JT had no good choices and he made the best one.

Hey the Trailor Park boys would never vote Ford, say it aint so.

Simon if you want to see Ford nation look at Jolly old England, where incompetence rules and the price is about to be paid.

even when people are fluent in English and/or French and have another language, they frequently purchase those magazines and papers to read what is going on in their ethnic community. Even though we are second generation European descent, we still purchase ethnic paper media.

seems some Ontario police forces don't quite pass the smell test. One of the blogs in B.C. reports on that from time to time, Gangsters Out.