Bill Maher on Trump and Trudeau as Goofus and Gallant 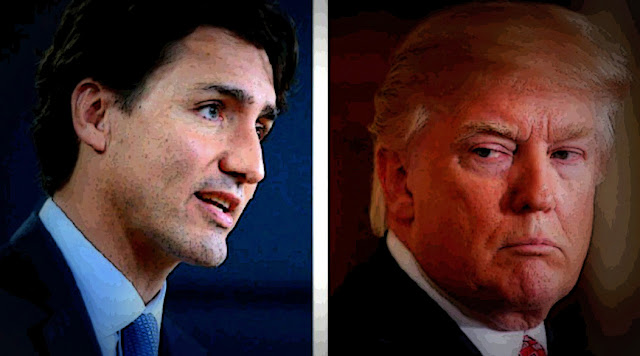 Donald Trump's decision to attack Justin Trudeau and declare war on Canada is deeply disturbing and the act of a madman.

But one of the bright spots in this darkness is the way many Americans have rallied behind Trudeau and expressed their support for Canada. 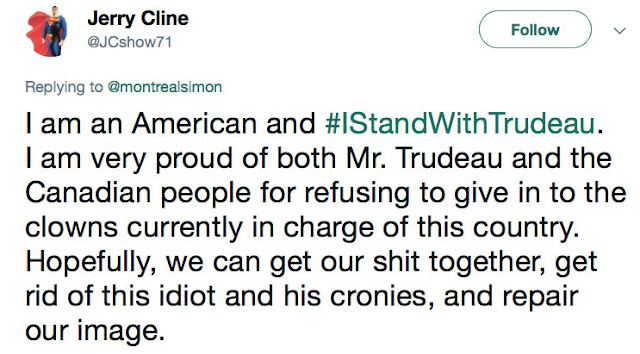 Like that friendly neighbour from West Virginia did yesterday.

Or like Bill Maher does by comparing Trudeau to Trump, and putting a modern spin on the Goofus and Gallant comic strip.

At a time like this one it's good to know that so many of our neighbours are on our side.

And grateful for the way Justin Trudeau is standing up to Trump... 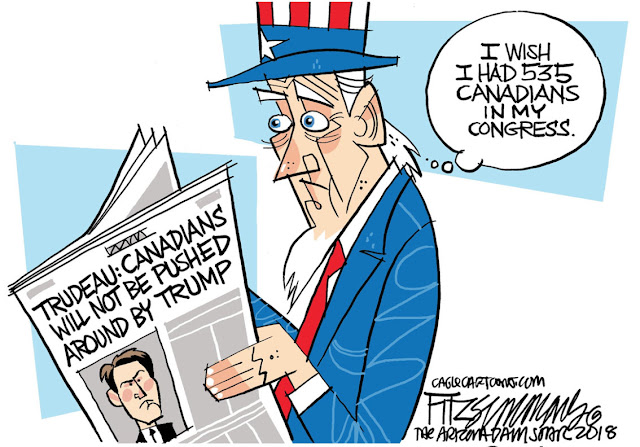 And as I always tell them, they can count on our support.

Until the maniac who threatens us all is finally defeated. 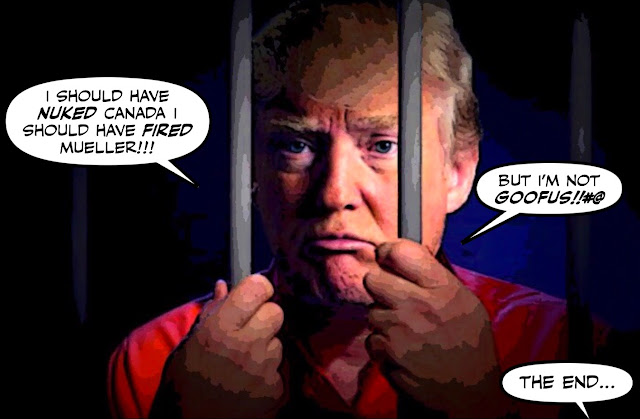 Labels: Bill Maher, Donald Trump, Goofus and Gallant, The Rise and Fall of the Orange Oaf

A broken clock is right at least twice a day. Maher is usually an obnoxious and misogynistic Islamophobe who appears to have made besties with Jordan Peterson over the "free speech for cruelty's sake" BS, and was vicious to Chrystia Freeland on a number of occasions when she defended Canada's immigration and refugee policies against broad-brush bigots of all stripes. That being said, even Fox News was taken aback by Trump's attacks on Canada. When you've lost Fox News, you KNOW you've gone off the deep end.

But I've seen this "Goofus & Gallant" comparison a few times before too, so it's not like Maher's off base here. It's a pretty apt one, even for those who aren't familiar with the Highlights for Children magazine. (Trump might not be, because it makes for too complex a read.)

A trio of memes here: https://imgur.com/a/4mrKMvS

I’m not a big fan of Maher either, I can’t forget when he invited the disgusting Alt Right Milo on his show and made him sound almost reasonable. But I thought that skit was pretty funny, and anything that makes Trudeau look good and Trump look bad works for me.