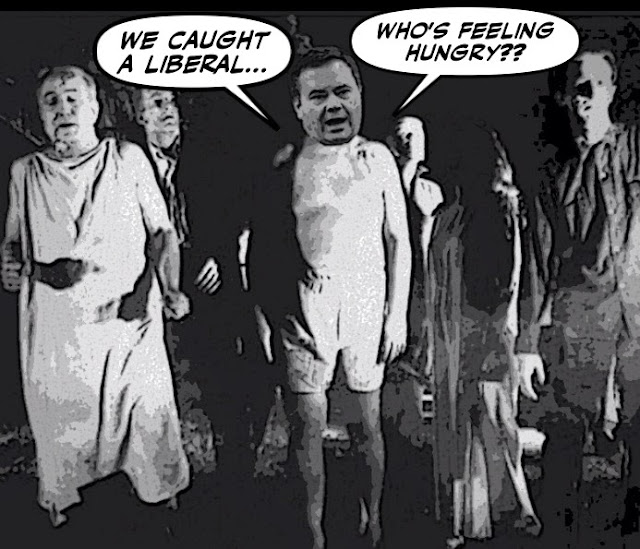 In my last post I told you how Jason Kenney and a group of Con zombies set out to try to use a secretly recorded conversation to discredit a Liberal candidate in Alberta.

Only to end up looking like clowns when it turned out they had gone after the wrong person.

So you might think they would have the decency to apologize for their idiot mistake, or at least admit they were wrong.

But no they will not, for they are Cons, and they are shameless.

Conservative MPs are refusing to apologize for pillorying a Liberal candidate, even though the news story on which their criticism was based has been retracted.

So they will accuse a decent man of going after Canadian children and their parents.

Four Conservative MPs, including Employment Minister Jason Kenney and Banff-Airdrie MP Blake Richards, last week used the story to accuse Raynolds and the Liberals of not trusting parents to spend tax savings on their children.

But they can't even bring themselves to say sorry.

And believe it or not the fanatics in the PMO are STILL trying to keep the fake story alive.

Conservative party spokesman Cory Hann gave precisely the same answer Tuesday as he did on Monday, when Sun Media was still standing behind its story. "The person who recorded the conversation maintains the comments in question are from the Liberal candidate. The audio tape is available online for anyone to hear," Hann said when asked if an apology would be forthcoming.

But then of course they would, because they almost certainly planned the whole operation, and the shadowy Con operative Alexandra Constantinidis, is a member of their sinister zombie cult... 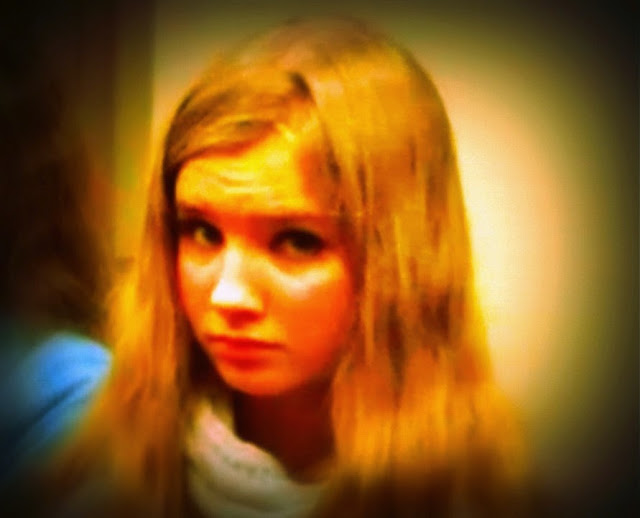 Constantinidis is the same person who was identified last fall as having secretly recorded comments by another prominent Liberal, retired general and would-be candidate Andrew Leslie. That audio also made its way to Sun Media and was used as fodder for Conservative denunciations and fundraising pitches.

And just another of Stephen Harper's young and fanatical followers who he has suckled and inspired... The ones who would do ANYTHING for their morally depraved cult leader... The legion of fanatics he has unleashed like flying monkeys upon this land.

And taught to believe that the end justifies the means... 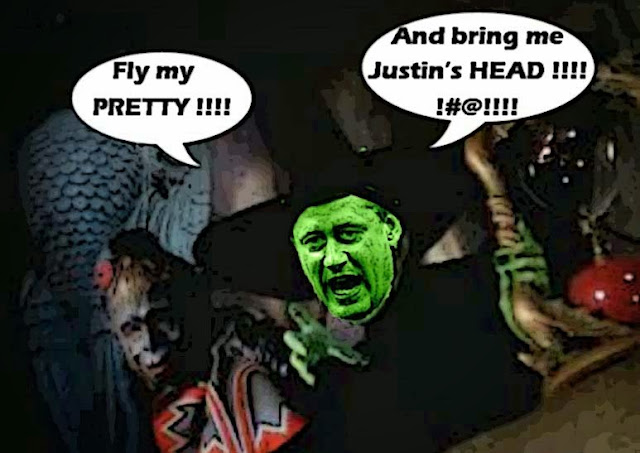 And here's the best part eh?

Jason Kenney hasn't tweeted a word about his embarrassing mistake. Or why he thinks secretly taping people like his old hero Richard Nixon did is OK.

But he is enthusiastically promoting a magazine story celebrating Boss Harper's "moral clarity."


Is that special or what?

And to think Kenney wants to be Harper Two... 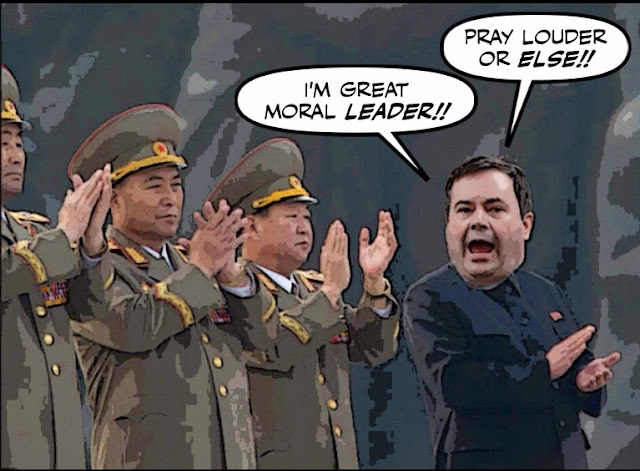 And the good news? Judging from the overwhelmingly negative comments all over the place most Canadians aren't impressed:

Pathetic is the only word that comes to mind. It is amazing that Canadians ever gave the reigns of power to a group of people with the emotional maturity of ten-year olds.

Sleazy politics brought to you by Conservative assault agents. In Alberta yet, the heartland of bedrock Conservative support. We Albertans are just about fed up with these antics.

Harper and the CPC - nothing more than a band of pigs boosted by Sun Media.

And we will be able to use this wave of revulsion against the Cons in the next election campaign.

All this sleaze will pile up until they are drowning in their own excrement.

His flying monkeys will come back to haunt Harper.

And along with a bucket of cold reality.

They will help destroy him... 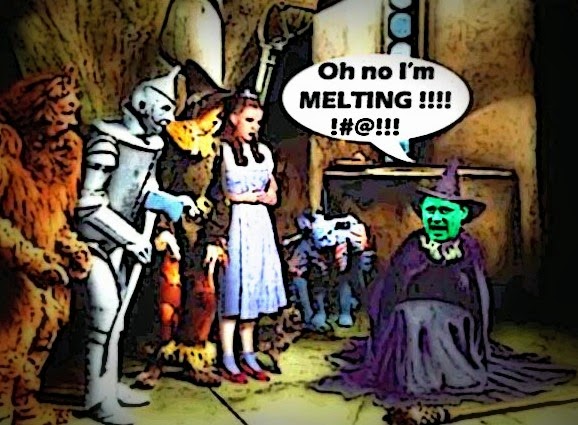 And here is a bold prediction. If she continues this behavior, she will one day end up like Sona. In jail, likely on a criminal conviction. And the best part is, like in Sona's case, she will be disowned by her Party and thrown under the bus. Then, hopefully, she can spare us all the tears (a la Dean Del Mastro) and all the whining about how she was young and naïve.

These type of Cons must be the only ones who cannot see the irony when they label the Jihadists "extremists".

No other Canadian PM has terrorized this country, such as Harper has. Because Harper is low of character, he has brought this country low and shamed us before the entire world.

Alexandra is just another of Harper's degenerates. When Harper has no more use for her? I agree anon 12:17, Alexandra will be thrown under Harper's bus. Shame on her for, doing Harper's dirty work.

Jason Kenny is every bit a tyrant that Harper is, lying about his and Harper's TFW scam. He is just another one of Harper's thugs.

How anyone with self respect could ever support such as Harper? Beats the hell out of me. However with Kenny, we would still have to watch our backs.

"Conservative MPs are refusing to apologize for pillorying a Liberal candidate, even though the news story on which their criticism was based has been retracted."

The National Post's John Ivison got it right when it said a few months ago on CTV's Question Period: the Cons never apologize, never retreat, and never explain.

I would say that the majority of Conservative voters are the "low information" voter. Harper counts on them to come out to the polls, and they do. They don't dig deep into details. For example, to them, the "Fair Elections Act" must be fair because it's called that! 8-)

Big-time negotiators, false healers and woman haters
Masters of the bluff and masters of the proposition
But the enemy I see
Wears a cloak of decency
--- Bob Dylan ("Slow Train Coming")

hi anon...I'm not sure that is a BOLD prediction, for I think it's clear that Con Mata Hari is heading for a really bad place. I've watched her move around on tape and she is a real fanatic. She reminds me of the kind of insane groupies Charles Manson used to gather around him. And unless somebody teaches he a really good lesson, I'm pretty sure she will end up in prison...

hi anon...It may be a frightening thought, but I think Kenney could be as bad or even worse than Harper. Because Kenney is a real fanatic, and anyone who is a virgin at the age of 46 simply can't be trusted...;)

hi David...yes Ivison is right that has been Stephen Harper's modus operandi from the moment he came to office. For a psychological explanation one would have to consult his psychiatrist. But the moral failure is so great that it alone makes him unfit to remain in office....

hi David...it horrifies me to see how many people in this country can still be fooled or corrupted by Harper and his foul gang. It sure doesn't say much about them, and it sometimes make me fear for the future of this country. Nine years of Con rule have obviously debased almost beyond recognition...