Leona Aglukkaq, the Hungry Kids, and the Callous Cons 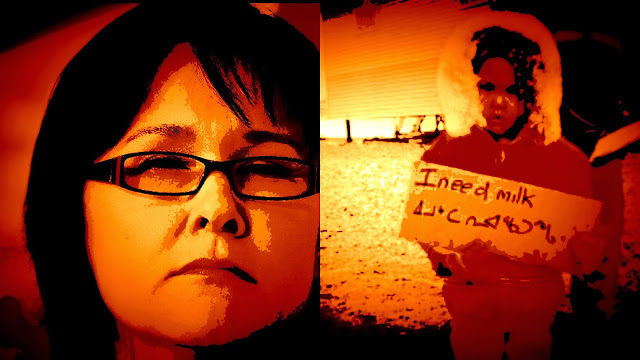 Last night I wrote about the hunger crisis in the North, and how the hapless Harper stooge Leona Aglukkaq was trying to muzzle critics of the federal Nutrition North program.

As only she could.

Even though the Auditor General was even more scathing in his recent report.

And even though the situation couldn't be more horrifying. 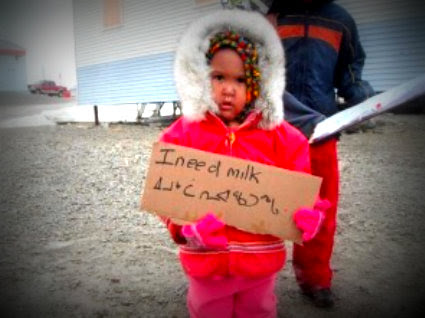 A new study released Thursday highlights the fact that people in Nunavut have the highest food insecurity rate for any indigenous population in a developed country at 68 per cent.

The report, published by the Canadian Council of Academies, notes that a quarter of Inuit preschoolers are severely food insecure. Of that 25 per cent, 76 per cent skip meals and 60 per cent have gone a day without eating.

Or in a country as rich as Canada, more SHAMEFUL.

And then I wondered why isn't this hunger crisis being treated like a national emergency? Why aren't we using those giant military planes to ship food to the North, instead of just bombs to Iraq?

And why are the Cons always blaming others for their own mistakes?

A federal cabinet minister slammed activist groups who she says interfere in Inuit traditions, blaming them for food security problems in the North.

Health Minister Leona Aglukkaq, who's from a hamlet in Nunavut called Gjoa Haven, met with a UN food security official on Wednesday, but said he didn't understand the real problems faced by the Inuit. 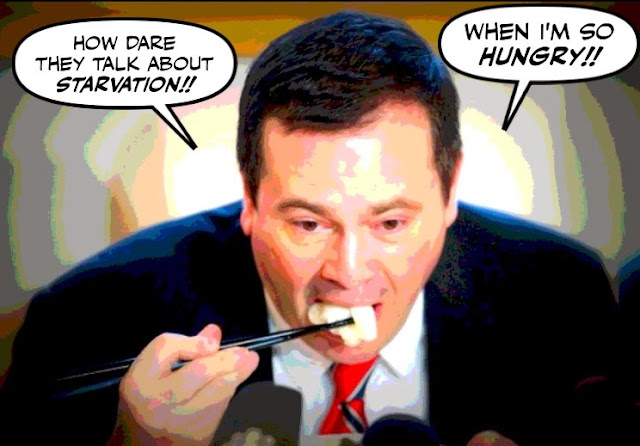 Immigration Minister Jason Kenney and Foreign Affairs Minister John Baird also criticized De Schutter for spending time in a rich country rather than in one where more people are starving.

In their hideous Harperland, where food insecurity is a growing problem... 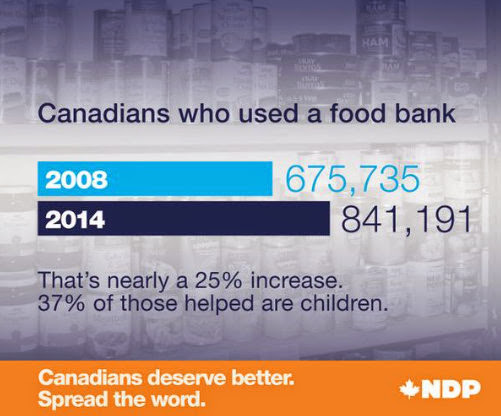 And the answer of course is that they are all just following their ghastly leader who reacts to any criticism by attacking or distracting... 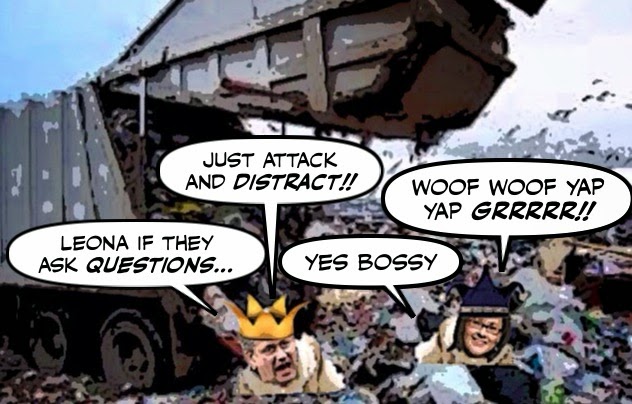 And who would use the people of the Arctic, like he uses our veterans, to make himself look like a Great Leader... 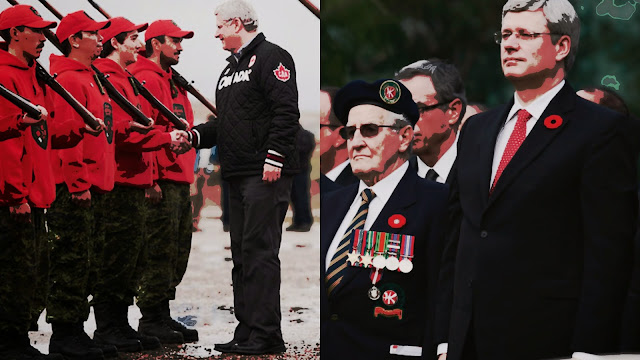 Only to ignore them and betray them once the photo-op is over...

Because it is all the same story.

And we will never solve any of our real problems, or help the veterans or the hungry.

Or just be Canada again.

Until we get angry, rise up, defeat them.

And drive those callous Cons from power... 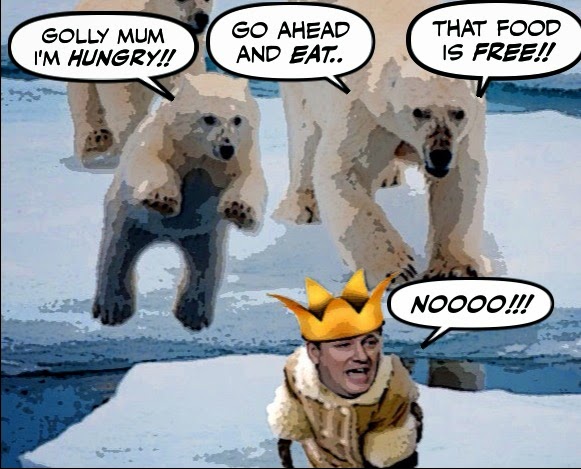 Isn't uglykook an aboriginal herself? How the hell does she justify her attitude towards her own people?
Oh, wait! I have it! The same way the jews in the concentration camps for the nazis reacted when they were made "vopos" by their nazi overlords. They became the most heartless and vicious of all the guards in most cases making even their masters a bit squeamish at times. That's how she does it! It's the same phenomenon 70 years later. Smart egg that harpie. Probably has a signed copy of "Mein Kampf" hidden somewhere that he can toss off to when things get too real for him or maybe he even takes it into that now-famous closet to remind himself of what a fearless leader he really is. What a man! And what a woman! She barks on command, too. Top that, Mulcair! Tommy boy doesn't have anybody in his whole cabinet that can come close to uglykook for pure talent! Well, I have to go now. I'm going to sign up with the con party so I can make sure stevie and uglykook are around for at least another four years so I need to find a cat to save and a couple of First Nations kids to starve.
If you can't smell the acerbic sarcasm in here, you are not the man I think you are, Simon. But, certainement, you get it so, never mind!

hi anon...I would not go as far as to compare her to the Jewish collaborators in the concentration camps. But she certainly is a most shameful Con, by denying climate change when nowhere in Canada are its effects more pronounced than in the Arctic. And her behaviour in Parliament is utterly appalling. The great and beautiful people of the North deserve so much better...

I detest her too, but please don't make Indigenous names sound "savage" or comical. It is not the same as mocking a wealthy white man like Tory the Tory. The NDP has Romeo Saganash, who is Cree, and who has Inuit, Cree and many other Indigenous peoples in his riding and who is doing his best for them.

This is a horrific shame. I've been up there. If $2000 sounds like plenty for a parent to feed her family, you haven't looked at the ghastly prices in "Northern Stores". And southern Canadians send far more junk food up north than nutritional foods.