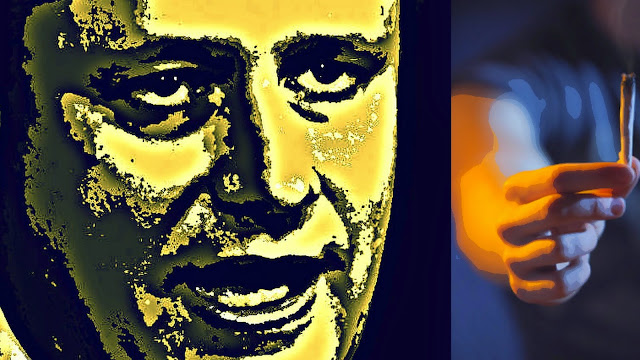 So he could accuse him of being a dangerous junkie who would make the drug more accessible to kids...

But when that attack ad didn't work, he decided to use our tax dollars to produce an anti-marijuana ad.

And get the country's doctors to endorse it...

But the doctors refused to play his game.

Because they they could see right through it, like so many other Canadians.

At least judging by the comments that latest video is receiving...

Or the fun Canadians are having mocking it.

Or the way it's reminding us of Harper's boozy hypocrisy.

“I like to tell people I was offered a joint once, but I was too drunk to smoke it,” he said in 2004, while leader of the Canadian Alliance.

Because as I'm sure you know, Harper is a walking, talking billboard for the alcohol industry... 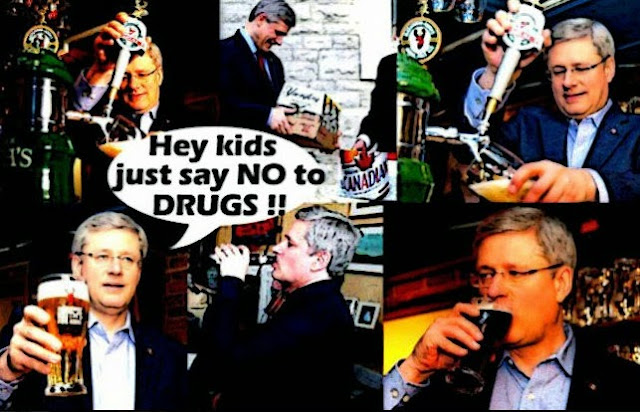 Just like his Justice Minister, Peter MacKay, is THE poster boy for binge drinking... 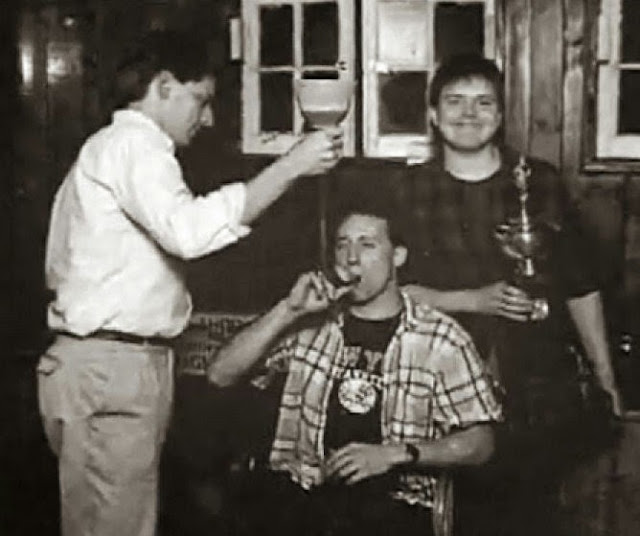 Even though binge drinking is a huge problem in this country, and far more dangerous than smoking marijuana.

And Harper should know that after that scandalous boozy "swim suit" party at 24 Sussex Drive... 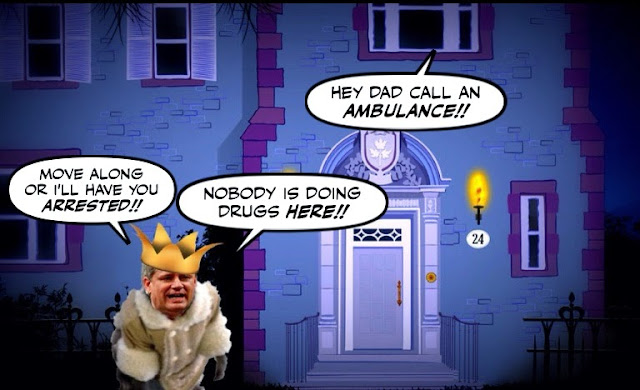 For which we are still still awaiting a satisfactory explanation.

An 18-year-old woman had to be carted away from Prime Minister Stephen Harper's official residence Saturday night for a suspected case of alcohol poisoning.

Or an explanation from the police as to why as he wasn't ARRESTED.

Or while we're at it, why the Cons are so determined to favour the interests of ORGANIZED CRIME... 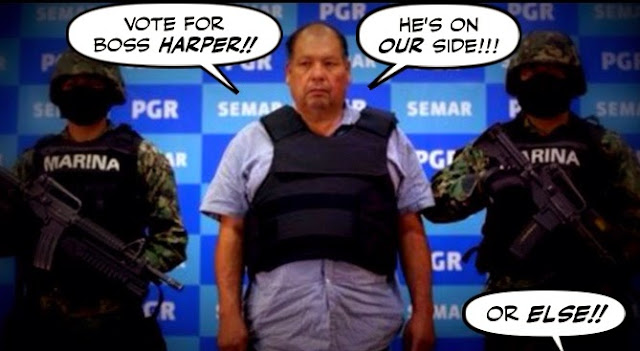 While posing as CRIME BUSTERS.

But then they are hypocrites, and they are shameless. And if I was the opposition I'd use all of this against them in the next election campaign.

Because there are a lot of people who smoke marijuana in this country, and they need to be reminded why it's not a good idea to vote for the Harper Cons.

And in that regard I'd like to offer up a simple slogan:

Defeat those crazy boozy reefer maniacs, before they throw even more Canadians in jail .

Make the drug cartels even richer.

And kill even more young people... 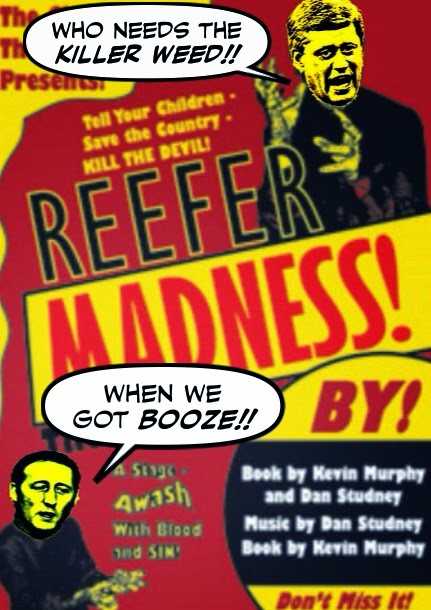 One of the big lies Harper is pushing is that the Pot today is so much stronger than back in the day. Thats not true. Their was low THC pot then and there is now. There has always been super THC products like Thia Stick and Hash available.

the anti marijuana ads are a joke. the line about this isn't the m.j. of our days, this new stuff is so much stronger......the teen age brain and all that. well if a teenager drinks enough booze it will harm the brain. If teenagers don't get enough sleep or eat proper food, it endangers the brain. hell, they hit their heads, it endangers the brain, so why not ads on all of that. no con harper just doesn't like m.j. and prefers to give all the business to his contributors in the booze industry. Lets have a look at things. if m.j. becomes more of a choice for many, who will it effect most? the booze industry and we know the cons like to protect those industries who contribute to their war chest.

it is a waste of our tax dollars to be running these ads. better the money should be spent on finding out who murdered 1,200 First Nations women.

harper and his cons are desperate. In the last American elections another few states have voted to legalize m.j. and they are fast becoming destination states for vacations and making a huge amount of money in taxes. harper and his cons are so out of step with main street, they'd get lost without a map or their RCMP escorts.

the ads are a joke and a waste of taxpayers money.

Yes, the ads are a joke but they play well to the Con base. I think Harper will go for a Feb. or March 2015 election, because the Duffy trial begins in April, and Harper may be asked to testify. What comes out at the Duffy trial is one thing Harper cannot control, but he can pick (control) when the election will be.

Keep up the awesome posts :)