Nightmare in Amerika, and the Lesson for Canada 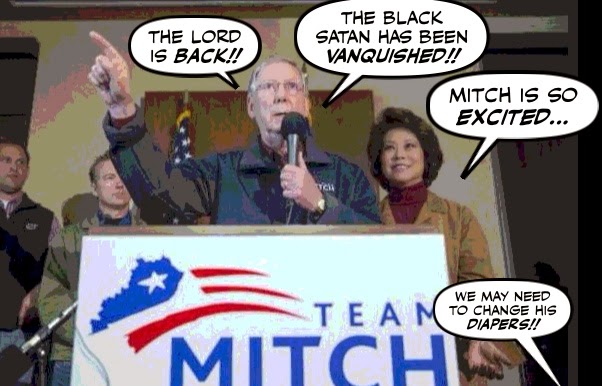 At first sight it couldn't be a more depressing sight, or more of a nightmare.

Team Mitch McConnell and his ghastly Republican tea baggers, seizing control of Congress, and promising to bring change to America.

Which has some progressives in that country wondering whether it's the end of irony.

Or the beginning of fascism.

Let us not talk falsely now, the hour is getting late... Fascism. That’s what we’re seeing, as the final chapter of American democracy is being written.

Naturally, the right-wing media is exultant... And of course here in Canada, our RepubliCons are celebrating wildly:

Good news for Canadian jobs & economy: it looks like the new US Senate will have the 60+ votes needed to ensure that Keystone XL is approved
— Jason Kenney ن (@kenneyjason) November 5, 2014


Because they know that the tea bagger Congress is sure to approve the Keystone XL pipeline. Especially now that the climate change denier James Inhofe will be in charge of the Senate Environment Committee.

And like Kenney he prefers to get his facts from the Bible rather than from science:

Inhofe refuted climate change science in 2012 by citing the Bible. “[T]he Genesis 8:22 that I use in there is that ‘as long as the earth remains there will be seed time and harvest, cold and heat, winter and summer, day and night.’ My point is, God’s still up there. The arrogance of people to think that we, human beings, would be able to change what He is doing in the climate is to me outrageous.”

And that certainly is outrageous. But if I were the Cons I wouldn't be celebrating too soon.

Because Obama might still veto the pipeline, and with climate change becoming ever more threatening, and the U.S. overflowing with oil, might still snatch a legacy out of the jaws of defeat.

Secondly, if the tea baggers go wild, as even Ari Fleischer, Bush's former flak, fears they might. 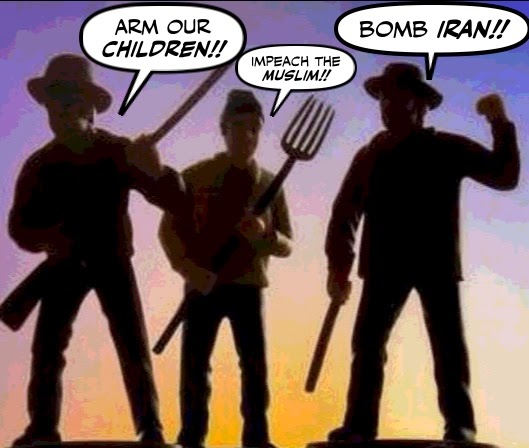 A conservative ideology will be a winning ideology if it’s presented in a manner that unifies and uplifts. Competition is healthy in all things, and that includes presidential politics. There is nothing wrong with a good ideological battle to vet and settle intra-party differences. But if Republicans engage in that fight in a manner that alienates large portions of a general electorate that will be out in full force in 2016, this week’s victory is sure to be fleeting.

And the Harper Cons are seen to be too chummy with those right-wing maniacs, it will cost them the votes of many Canadians.

Who will be staring at that American horror show with their eyes wide open. And wondering whether it's still safe to live here.

And whether we'll be beheaded or bombed in our beds... 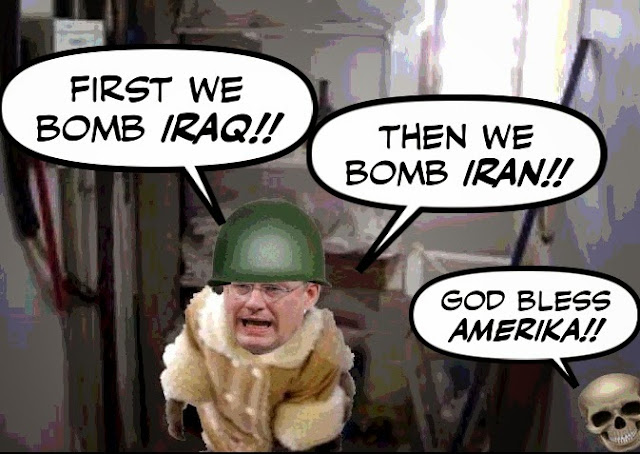 Which should just about finish off Great Strong Closet Leader.

But in the meantime, there is one very serious lesson we can learn from what just happened in the crazy neighbour's house next door.

Older voters helped propel Republicans to sweeping victories Tuesday in Senate and gubernatorial races nationwide, according to exit polls from NBC News. The disparity between the under-30 and over-60 was the widest it's been in a decade, those polls found. The seniors comprised 37 percent of the electorate; young people made up 12 percent.

The old voted, the young didn't. The same thing could happen here. So our side needs to be prepared to carpet bomb both groups, and convince them both to change their bad habits.

Or we'll all end up in the same bad place... 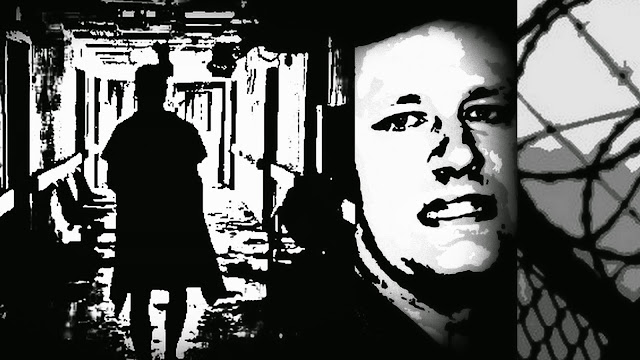 And if we do that, scare both groups into paying attention. I think this latest Made in America nightmare could actually prove quite helpful.

By making the Cons look even more like tea baggers. If that's possible eh?

And reminding us that they're both CRAZY.

So it will be a horror show. 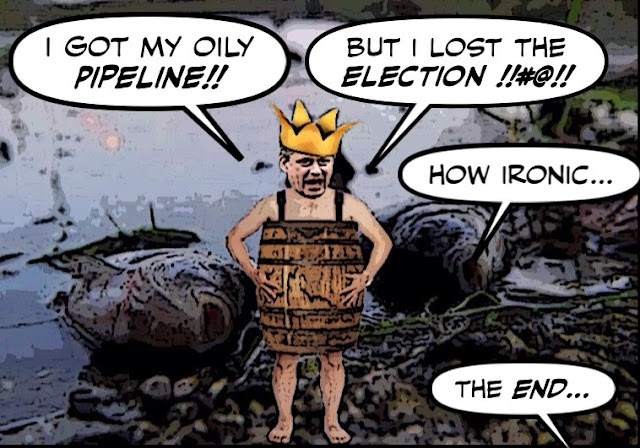 Another day, another dose of sheer lunacy.

I thought it was bad when the left ignored evidence in Canada, but the ignorance of evidence in the United States is truly astonishing.

How much do you think Americian tea baggers dip in Canada's elections? Keep in mind the biggest single investors in the oil sands are the notorious Koch Brothers. Fact is the people voted overwhelmingly right, the right has the key to the lizard brain.
Its sad when cold fusion is the most hopeful sign of the day.

My opinion is that LC is brilliant when it comes to writing lyrics.........and if you really listen, he definitely has the inside fast track as to what is happening on this big ball of mud!

There may be hope for us yet!

Did not two Americans Wenzel and Parker directly participate, in two Ontario Conservative campaigns? Wasn't Front Porch Strategies accused of, the robo-calls that came out of the US? Didn't Harper's boy Cote say, he had no jurisdiction in the US, to chase those robo-calls down?

I have always said? The US, Canada and Mexico, don't pass the smell test. The wealthy resource robber barons, figure into this as well.

hi anon...yes frightening is the right word, or maybe insane is better. Having a Christianist climate change denier running an environment committee really is the absolute limit. I think we've been lucky so far, but with all those tea baggers running the asylum, I'm afraid we're in for a rocky ride...

hi steve...I don't know the extent of their involvement, but I do know that the Koch brothers and their friends do fund right-wing think tanks in this country that are springing up like mushrooms. I know they want to get their grubby hands on our medicare system, so I imagine their influence is considerable...

hi Kathleen...Leonard Cohen is brilliant, and for me at least will always be associated with Montreal, especially the area around St Laurent street, where I used to live. And on a snowy night in that city, with a fire burning low, there a few others I'd rather listen to...

hi anon....there has been a massive voter suppression campaign going on all over the U.S. especially in the south. Even people who registered have been scrubbed off the voting lists. Big money has flowed like water, and the system couldn't be more corrupted....

How tragic that with the GOP at the helm, we might just avoid this sort of glorious, wonderful, progressive expressions of diversity and tolerance in the future: http://en.wikipedia.org/wiki/2012_Benghazi_attack