The Mutilated Census and the Madness of Stephen Harper 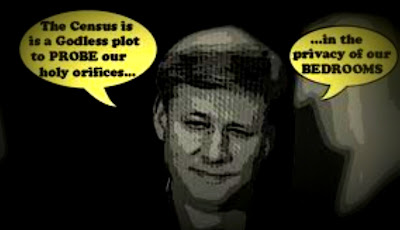 He had done a lot of monstrous things, before he woke up one morning and decided to gut the census.

But for me it marked the moment when Stephen Harper crossed the desert of twisted ambition, and entered the dark valley of his personal demons.

For it was that crazy, and look what that maniac has done to us now.

The federal government’s decision to replace the mandatory, long-form census with a voluntary survey has left information gaps about Canada’s changing demographics, experts say. The first results of the 2011 voluntary National Household Survey, released Wednesday, had a response rate of 68 per cent, well below the projected 94 per cent response rate for a traditional census.

Blinded us so we can't properly know our own country, or help its poorest and most vulnerable citizens. Plunged even his own heartland into the darkness.

The federal government's decision to axe the long-form census has left parts of the Conservative heartland in western and rural Canada without some of the newest data on how its population is changing. 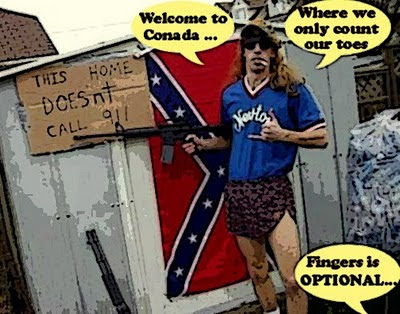 And the worst part is that Stephen Harper has never had to properly explain why he did what he did. Why he wilfully destroyed the reputation of one of Canada's proudest institutions. Why he attacked the census, like a hungry dog attacks a bone.

He claimed he didn't want people to go to prison, even though nobody ever had. He claimed revealing how many bedrooms you had in your house was a gross invasion of privacy, when it wasn't.

He sent out his hapless stooge Tony Clement to claim that thousands of people had complained about the census.... 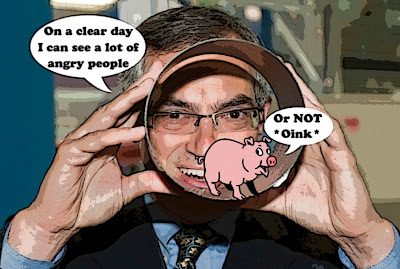 When in fact they were only a handful, and many of them were KRAZY.

The Conservative government listened to only a relative handful of Canadians — including conspiracy theorists afraid the government was going to round them up — before scrapping the mandatory long-form census, according to documents obtained by the Toronto Star.

Some of the most influential people and organizations in the country begged him not to do it. Some even called for open mutiny.

Before this government does even more harm to the institution that is the government of Canada, the intelligent people within the federal cabinet have a duty to rise up and stop the pillaging. Otherwise, the Harper government may be remembered as one of the most incompetent and harmful governments this country has ever known.

But he ignored all of them. He would not be stopped.

He would only listen to the voices in his head... 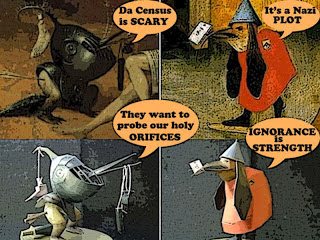 For no other explanation can explain his bizarre behaviour.

And the most troubling question is what will those voices tell him to do next? Because in the years since he gutted the census, we have discovered that there is some method to his madness.

Oh boy. It seems so long ago. The day he mutilated the census, and got away with it.

But he never fooled me eh?

They called me crazy for calling him crazy. They thought I was just kidding.

But when I saw what he did. 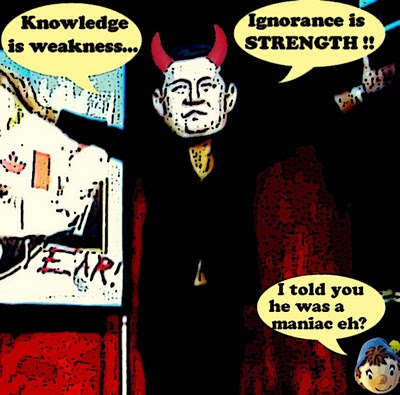 He's monstrous alright. Did you know that in only 5 years Harper managed to wipe out almost a third of the Afghan- and Iranian-Canadian population? At least, that's what the latest census data shows.

If 30% didn't fill it out the info is statistically invalid and all money spent wasted. Lets hope hope those people are in there somewhere. Paranoia has allways been just cause for avoiding a census starting with the inquisition and the rise of communism and facism and now harperism. No harp to Harper.

I might add I worked on a cencuss in one of the most unresponsive areas in Canada kitsalano . I had an old man saying he was 85 years old and he just wanted to buy a coffin and die , another older Chinese woman claiming she didn't speak good enough English afraid, another French Canadian big guy quite hostile as the woman in the apartment pushing him back telling me we will fill it out, and finally a Jewish woman who was complaining about the aggressive nature of my co-worker who had canvassed before I had explained other people's plight and gained some trust she promised to follow through. My point is that is no place we want to be in this country and that was 1984 or 6 things were getting so much better but now Harper is intent on widening the gap

If you don't know how many bedrooms people have in a home then you won't know if people are under housed. that is exactly what stevie slime wants. he doesn't want Canadians to be able to demonstrate how bad things are in some parts of the country. Stevie and the slimers want to impoverish the average citizen in this country and not have people know what he is doing from one part of the country to the other. Knowledge is power and he doesn't want people to have the knowledge, which might be used against him. Really simple why he scraped the long form census. Not surprised when he did it.