Pierre Poilievre and The Con War on Pensions 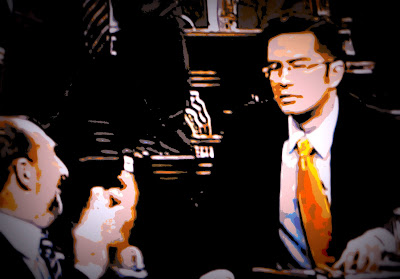 I have to admit that I have always disliked Pierre Poilievre. Something about him rubs me the wrong way.

And his recent comment that the "root cause of terrorism is terrorism" only reinforced my belief that he is a brutish right-wing ideologue.

So I wasn't surprised to see him defend the Con assault on the bargaining process of the CBC, and other crown corporations, with one of the most absurd and disturbing speeches I have ever read.

A deranged ode to the Middle Ages only a union bashing teabagger could have written. But which did at least serve to further reveal the real and very sinister agenda of the Con regime.

Because while its plan to interfere in the CBC's labour negotiations is a clear attempt to try to turn it into the Conservative Broadcasting Corporation.

If this bill passes it would put ultimate control of the salaries and working conditions of all CBC employees in the hands of the government -- which means the Prime Minister would effectively be sitting on the other side of the bargaining table.

Or force it into a long and damaging strike or lockout.

As Poilievre's deranged speech makes only too clear, it's also another excuse to go after unions.

And a new and massive offensive in the Con regime's war on pensions. 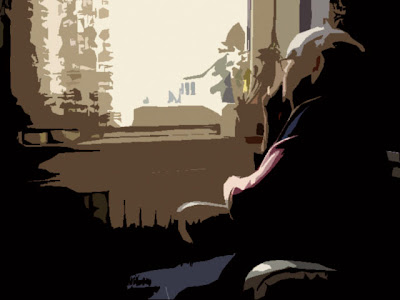 Every crisis creates an opportunity. The Liberals used the recession of the ’90s to gut welfare and employment insurance. The Conservatives are using this crisis to take apart pensions.

Another monstrous move to try to turn us into a right-wing jungle.

The Harper Conservatives don’t want to take apart pensions because they hate old people. Many Harper Conservatives are old. But their view of the economy is that nothing should be permitted that might protect those without private means from the need to work — at whatever wage is on offer. No employment insurance. No welfare. No pensions. No unions.

Stephen Harper's paradise, our nightmare. Where foreign workers steal our jobs, the young live without hope, the old must work until they drop. The rich get richer, and the poor get poorer. 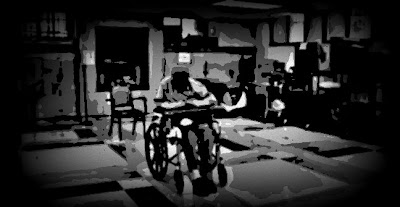 And what Poilievre's deranged diatribe also clearly signals, is how the Cons intend to pit Canadians against Canadians; those who don't have unions and pensions against those who do. So they can lead us all in an insane race for the bottom.

Which is why I believe it's so important that while standing up for the CBC. By signing petitions like this one or this one. Or doing whatever we can to mobilize public opinion.

We also remind Canadians that it's all part of a larger struggle. The CBC will never be really safe, neither will we, and neither will Canada, until this foul alien regime is finally defeated.

And those Canadians who still don't get it really need to understand this:

Today Poilievre and his Con goons might be going after the CBC, or Canada Post, or the pensions of others.

But if they are allowed to get away with it.

Tomorrow they'll come after THEM... 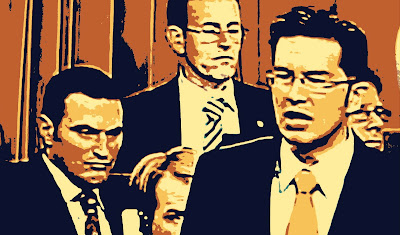 Think Pravda. It worked for decades for the democracy known once as the U.S.S.R. and it can work here too! You guys are too negative! Think of all the quality programming we'll be able to watch starring harper as a war hero, martial arts star, poet, philosopher, economist, artist, male model and on and on (his talents being too numerous to enumerate). Honestly, you'd think there was something wrong with a state-controlled national TV station (see FAUX Noise to our south)!
Kim Jong Un will have nothing on us pretty soon.

Polievier sure is a grease-balled Con weasel, isn't he, Simon. A mouthy little Con prick. He and the rest of those Con Jobbers won't even speak in the HoC other than to read PMO prepared texts that have nothing to do with the question, or let answers be fielded by 'parliamentary secretaries’ like that little fucking weasel Pierre Poilievre. Is that guy a total dickwad or what? He's a fucken liar first of all. The opposition should be allowed to rain showers of rotten eggs on that lying litte twit everyting he opens his Pierrre Poutine yap. And the idiot Speaker allows that little lying union bashing hypocrite Pierre Poilievre to stand there and lie his ass off day after day. That guy is the biggest Con asshat going these days. But what else can you expect to come from the beak of a twerp that was Sun windbag Ezra Levant's one time press secretary, other than pure, unadulterated streams of complete and utter bullshit? Something is wrong for sure when a university dropout with zero professional experience or qualifications like Pierre Poilievre gets to be the HoC standup comedian punk every day lying about everything from unions to the non existent NDP 'carbon tax' to the Con robo fraud election swindle to how 'great' 'right to work' is (yeah, just look at Mississippi's dynamic 'right to work' economy..where poverty and unemployment is highest and the economy the shittiest). The guy is a fucken aberration. And that's not even the half of it when it comes to that mouthy little prick's antics over the years where he has a past history of racist and insulting remarks and acted in a completely dishonorable fashion. Poilievre is the weasel that used racist epithets in the HoC and attacked Elections Canada after the CONS were investigated for election overspending, like as if they overstepped their bounds. Yet Harper makes this little dick-germ a Con spokesperson. What were the voters of Napean Carlton thinking when they voted for this petulant little grease ball? Or were they?

The CBC has been the voice for Canada and our window on the world, for absolute decades. My family used to gather around the radio, to listen to the, CBC news of the War. Six members of my family were in that war.

The CBC is our heritage. Everything Canadian, Harper must destroy.

Knowing Harper hired Wolfgang Droege as security for Preston Manning, tells a lot of where Harper's treachery stems from.

Poillievre is the piece of shit who said that he hoped Canadians got "value for their money" when the government paid compensation to the victims of the residential schools.

You can tell that he joined the crusty old farts of the harpercon party because it's the only place a prematurely shriveled/born stupid failure of a human being such as hisself could ever be thought to be a bright young thing.

Despite the incongruity of his French name, there is no indication Poilievre has any functional ability in the French language, boasts a unilingual English website, has conducted no interviews in French nor submitted articles for publication in French, despite sitting during several mandates as Conservative member on the Standing Committee on Official Languages.

His biography does state he did complete an undergraduate degree, reportedly in International Relations at the University of Calgary, but indicates much of his undergraduate study centered on commerce courses and "Calgary School" Flanaganism.
Undoubtedly such influences account for the Boston Tea party, kings and queens, " no taxation without representation" theme he introduces into his parliamentary speeches on a broad range of unrelated issues.

I see that Poilievre was front man for Harper at the 2009 Geneva Conference on Racism, Discrimination and Persecution, but limited his indignation to critics of Israel's policy fostering war, discrimination and persecution, and Harper Conservative's support of such policy, condemned by students on university campuses across Canada. Poilievre's indignation over persecution of minorities or hate-speech directed towards minorities (either native or immigrant)doesn't extend to the hate fest of demented hysteria promoted daily in news media discussions by Harper supporters, such as the following crazed bigotry and hatred voiced by Harper supporters in a Yahoo Canada media discussion, reported on CBC news.ca, pertaining to United Nations monitoring of Canada's treatment of aboriginals, where one sorry excuse for human being shouts out:

"The DOGS that are the INDIANS in this country should all be spayed or neutered" and the Harpercons participating all voice their assent and approval. I'm sure examples such as this would be of greater concern to the delegates at the Geneva conference than anti-Israel protests at university campuses in Canada.

hi anonymous...well if you put it that way, and you promise me that we can have The Stephen Harper Hour instead of The National, I might change my mind. Especially if Vic Toews gets to be his sidekick. I still wouldn't pay for it, but I sure would watch it...;)

hi wazz...yes, Poilievre really is the bottom of the barrel. He never answers a question directly, all he ever does is try to smear the opposition. As I said in my post I have never seen an older young guy. He reminds me of one of Richard Nixon's minions. And the way him and all the other Cons continue to repeat that Big Lie about the NDP's imaginary carbon tax is really unbelievable and unforgivable. He is the worst kind of union basher, and a reactionary if ever there was one. But like the rest of them, his time is almost over...

hi thwap...well he certainly does think he is a bright young thing. And he couldn't be more wrong. He is also the guy who used the word "tar baby" in the Commons, and then claimed he didn't know what it meant. If that's the future of the Cons, then our future is safe...

hi Rene...well I'm glad to hear that he isn't a French Canadian, because he's far too reactionary to be part of the family. ;)
But yes, he's a graduate of the so-called Calgary School, and his Wikipedia page brags about how loons like Ted Morton and Tom Flanagan were his mentors.
Fortunately he is such a loon himself that despite his groaning ambition he will never be elected Prime Minister. When Harper departs him and the others will tear the Con party apart....

I think for many French Canadians Poilievre may provide a living example of the harmful, undesirable and impoverishing effects of cultural assimilation of French Canada in western provinces, whereby the loss is not to some higher form of culture embracing Voltaire and Shakespeare and Hemingway, but to some virulent strain of redneck culture embracing American Hoggers, Swamp People and Duck Dynasty.

Poilievre did not complete a degree program at the U of C, despite what his bio may state. Sadly, he is my MP.

I wouldn't buy a used car from him