Can An Anti-Bullying Video Be Too Shocking? 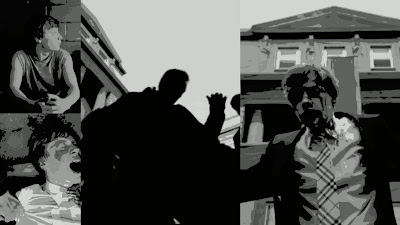 The images are shocking and disturbing.

But can an anti-bullying video be too shocking?

And all I'll say is this: it shouldn't shock anyone in France.

And it shouldn't shock anyone in Canada either. Not In a country where a mother can be mocked for complaining about her son being bullied.

“Someone is bullying my Justin and that makes me mad,” she said, presumably to groans of embarrassment from everyone there.

Not in a country where a gay teenager in New Brunswick can plead for help.

A gay New Brunswick teen hospitalized after a suicide attempt is speaking about being bullied to the point of no return. Adam Roberts says things got so bad he didn’t want to live anymore.

But not find it, because people and governments don't care enough. 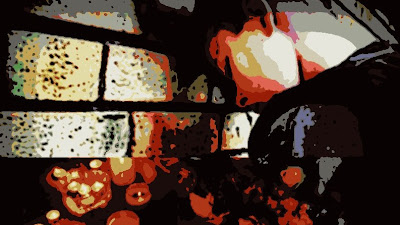 Not in a country where Stephen Harper can get away with killing a National Anti-Bullying Strategy just to please his rabid religious base. And bullies his opponents like a political pervert.

Not in a country where so many kids have died, and only two questions demand to be answered:

How can we accept to live in a country where bullies rule? And still call ourselves Canadians.

And how can we defeat this hideous problem?

With a monstrous bully as a leader... 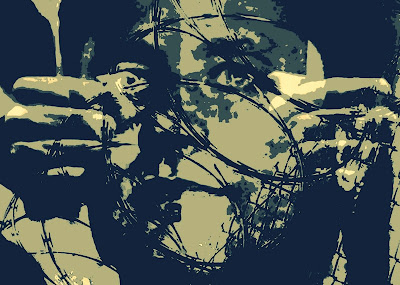 On the subject of the "mortauxgay" homophobic backlash in France in the wake of France's recent decision to legalize gay marriage, I would have to say the major instigator behind this campaign would have to be the Front National, soft-peddling fascism through a dressed-up, toned-down electoral gambit - a "fascism with a human face" approach, appearing on talk shows and behaving in an apparent "reasonable and civilized" manner - while simultaneously organizing street riots and street-fighting in an attempt to defeat the recent gay marriage legislation.

In this instance the description "fascist" is not polemical exaggeration, as the origins of the Front National can be traced back to the "poujadist" roots of Le Pen, right wing militarist and colonialist angrily denouncing De Gaulle's abandonment of "French Algeria", himself accused by the French left of having been involved in torture during his time in Algeria, to the more youthful street-fighting thugs of Ordre Nouveau waging an often violent campaign against immigration.

In June 1973 the fascist hooligans of Ordre Nouveau were banned by the French government after violent street clashes with communist youth, of Trotskyist persuasion, during one of Ordre Nouveau anti-immigrant rallies. Both organizations shortly resurfaced under new names, with the bulk of Ordre Nouveau going over to the newly founded Front National.

So tell me who your friends are and I'll tell you who you are. It comes as no surprise that the more rabid and extreme Reformacon fringe express outright sympathy and admiration for the Front National, soft-peddling fascism with a human face, with one Reformacon blogger in particular bragging of how she, in a recent tour of Europe, stood shoulder to shoulder with the Front National rioters in their campaign to suppress gay marriage rights.

Right off a cliff with your rites.
About that person wanting to buy a dress. The story I want to read is woman refused service at dress shop because of a little mustache then angry old man returns and trashes place. What ever happened to the customer is allways right and if the dress fits and you like it go ahead and wear it. They better hurry up and ban lingerie sales to men now we know what's really going on.

Until the n'er reported of violence of women against men is addressed, your post is useless. No man wants to talk about what violence has been perpetrated against them. I did and got censored. Try being hetero and 5'4". You will never get laid. Just ask Stephen Fry - he spoke the truth about the sexual war women are waging on straight men.

I'm not sure what the Reformacons are complaining about, " the sexual war women are waging on straight men", their inability to " get a date", their personal frustrations with life that they elevate to the realm of "politics". I'm sure Harper will find deliver some solution, perhaps "arranged marriage" for Reformacons as part of some immigration reform package. In the meantime you have sorry individuals like Bocanut who complains he can't get a date and uses political exchanges as an excuse to stalk women, or some sorry Reformacon with the moniker Notsmitherman who likewise complains that he "can't get a date" in Canada on Toronto Star discussion boards dealing with marriage and immigration scams, but brags of his sexual exploits in "exploiting the exploiters", that is travelling to Cuba to take advantage of desperate women. Such are the level and quality of reformacon contributions to political discourse.

hi Rene...yes I realize the assault on gay marriage was in large part just an excuse to attack the socialist government. But it sure brought out some of the scummiest fascists I have seen for a long time. It's an extremely worrying trend, not only in France but also to some extent in Britain. And I also saw a horrifying report about how the fascists are gaining strength in Greece, and opening food kitchens for the poor. As the economic system slowly collapses, they could pose a real threat to everything good in Europe. And of course, as you point out, some of the ReformCons here are attracted to them like flies to stink as they say in the Caribbean. We live in interesting times...

hi anonymous...I'm not sure what story you are talking about. If it's the story of the trangendered woman who was rudely refused service in a bridal shop, nobody returned to trash the place. Although I understand there was a peaceful protest outside. And of course I support them. Such pathetic ignorance and prejudice is appalling...

hi Jymn...nice to hear from you. Look all I'm doing is trying to draw attention to the problem of bullying in our schools. I have neither the energy or the courage to wander onto the battlefields of the War of the Sexes. ;)
But surely it's not as bad as that. I know that people can be badly hurt by things that happen in life. But as I see it, until the very last day of our lives there is always room for a fresh start. And from what I have observed I remain convinced there is always someone for everyone. So cheer up brother and make spring work for you...

hi Rene...Jymn is not a Reformacon, he's a progressive who was involved in dispute over something he wrote for another progressive blog group, there were hard feelings on both sides, and I don't think he is blogging anymore. Which is a pity because he's a good writer. In my eight years of blogging I have seen a few of these disputes, and I regret them all because I do my best to try to unite progressives. However, as I said, time heals, and there is always room for a fresh start. If I had let any of my MANY mistakes, and crimes against the English language, discourage me, I would have quit long ago.
I don't even re-read any of my old posts, I'm always thinking of the next one.
And I firmly believe one of the reasons I have survived so long, is my ability to avoid getting caught up in the War of the Sexes. So help me God I love them all... ;)

Beauty is in the eye of the beholder. Don't let them blind or contaminate it.

I'm on your side about this. That is a true story about the guy who set them straight after insulting his wife. Not a perfect analogy but neither is condoms only sold only to maried heterosexual couples. Good thing the world isn't as crazy as me yet.