Stephen Harper and the Teabaggers 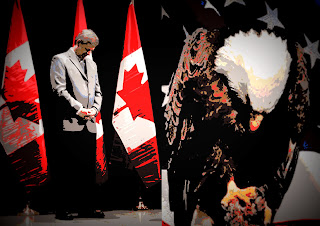 OK. Let me get this straight. The Republicans are still in shock.

The crazed teabaggers are threatening to rip the GOP apart.

Wednesday, the political direct-mail pioneer Richard Viguerie gathered a group of disenchanted conservatives for a news conference in Washington. Calling Romney's loss "the death rattle" of the GOP, Viguerie, chairman of ConservativeHQ.com, said, "The battle to take over the Republican Party begins today."

Or demanding to secede like the slave states of the old Confederacy.

In the aftermath of last week's presidential election, residents in at least nineteen states have put up petitions on the government's "We the People" petitioning website seeking the right to secede from the rest of the country.

All over Canada our Republican-style Cons are wailing in despair, gnashing their teeth, or vibrating sympathetically.

But somehow Michael Den Tandt thinks that this Con Zombie Apocalypse will be good for Stephen Harper?

My colleague John Ivison has reported a creeping malaise in Conservative ranks due to the lack of red meat in their diet – whether it be the PM’s refusal to sanction a new debate on abortion, or to trumpet deeper-than-promised spending cuts, or to crow about the final deletion of the gun registry. But ideological red meat, given the assaults on the centre from Mulcair and Trudeau, is the very last thing Harper needs. He needs the opposite, as the U.S. election clearly shows.

Obama’s re-election therefore provides him with just the lever he needs, within the Conservative base, to shoehorn them, kicking and screaming, even further towards the moderate middle: “See what happens if we’re too extreme?” The first signs of this were evident in the government’s willingness to split the second omnibus budget bill, and send the component parts out for examination by parliamentary committees.

Gawd. Give me a break. Did the zombies eat his brains or what? Because I don't think Harper can control his rabid base much longer... 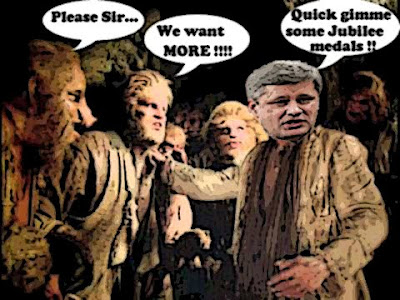 For the moment Jason Kenney and all those other ministers defied Harper's wishes and voted for Stephen Woodworth's abortion bill, it was obvious they broken out of their cage, and are now capable of ANYTHING.

And as my buddy Kev points out, all Den Tandt is doing is spinning the illusion that Great RepubliCon Leader is a moderate.

Once again Harper is described as somewhat moderate yet burdened with an unruly caucus and base that must be controlled and dragged to the centre. Den Tandt's example of Harper's reasonableness is yet another example. The splitting up of the Omnibus bill has been done in such a way as to guarantee little if any meaningful examination and is yet another illusion foisted on the Canadian people by Harper and his media cronies.

When in fact he is the most dangerous right-wing extremist this country has ever known. And just like the crazed teabaggers of Amerika he is stoking the fires of secession.

With his insane attacks on the NDP's imaginary carbon tax.

In Ottawa, as the ongoing cap-and-trade saga demonstrates, the rhetoric, of West vs. the Rest lives on. The “job-killing carbon tax” line is nothing if not a dog whistle to westerners still fearful of Ottawa’s grubby hands. That the line itself is baldly hypocritical isn’t really the point. As long as Conservatives believe there are votes to be won, it’s worth poking ancient regional wounds.

But no doubt Den Tandt is right about this:

Next will come a personal charm offensive by the Prime Minister himself, unless I miss my guess, involving a grand piano, a hockey book, a blue sweater, or some combination of the three. ‘Tis the season, after all.

He will try it, but it won't work.

Because we've seen that phony act before.... 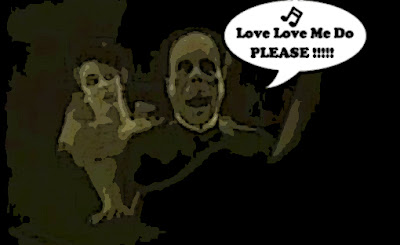 We know a Great Monster Leader when we see one.

And in the next election we're going to do to Harper and his teabaggers what Obama and his progressive coalition did to Romney.

Oh boy. You know the other day I promised not to gloat about the sad state of the Republican party. 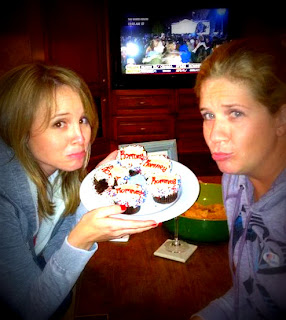 But when I think about those Romney cupcakes, and the screaming bigots, and the religious fanatics, and the deranged misogynists, and all those angry old white racists.

And then I think of the fate of the Cons, and how they're doomed to follow all those teabaggers down the road to oblivion.

I just can't help myself eh?

Stephen Harper can sing Love Love Me Do.

But I'm singing this one already...

His idiot base, the slavering, deluded dipshits, have to be beaten down. Their "red meat" is intellectual and moral garbage. They have to be shown in no uncertain terms that the sane majority in this country has grown nauseated by their crude stupidities.

Unless they beat you down first.....poor deluded Thwap you didn't lose the race, you were never in it to begin with.

Still waiting for your revolt to begin to by the way.

Thwap. The most difficult task of all is, trying to get through very stupid people's heads, the horrific peril this country is in. Democracy is vanishing. Our Civil Rights and Liberties have been taken from us. Our Human Rights are being thrown away by Harper. That's why Harper loves Red China's Human Rights because, they don't have any. Our Freedom of Speech is under attack. Brain dead people just don't get it. The evil of Harper, kicking our old and new Veterans in the face. You can't get much more despicable than that. Still, fools don't see Harper, for the monster he really is.

Any provinces not wanting to along with Commie-Con Harper? Not wanting to be sold out to Communist China? Well, they had better get the hell out of Harper's Canada. This country isn't Canada anymore anyhow. This country is a, putrid cesspool of corruption, which always happens in a dictatorship country.

Stalin, Hitler, Mussolini and Harper, have the same typo personalities. They all, lied, deceived, thieved, totally corrupt, dirty tactics, dirty politics and all of them cheated to win. Dictators are all paranoid and obsessed with control. The media is absolutely, the first thing they must control. They don't want their dastardly deeds, getting out to the public. Controlling the masses, is vital to dictators. That's why Harper hates the internet. He hates his dirty deeds being posted, for the entire world to see. Harper does his dirt, behind closed doors. Judges, courts, police, scientists, election ministry's, their own ministers, are controlled. Dictators trust nothing and no-one. None of them dare say or write anything. All of them have to go through Harper, or any dictator first.

Even other country's despise Harper. They detest his bullying, dictating, his hissy fits and sulks, when he doesn't get his own way.

Steve 'the Economist' is taking the economy straight into the crapper. He started with the healthiest surplus known in decades and has squandered it, saddling Canada with unprecedented deficits (much like the Harris government where Flaherty hails from). Had our banks been deregulated to the same extent as the US, we would be in even worse shape.

Not sure how big of a revolt it will be, Anon 10:36 but Harper will definitely be kicked to the curb unless he can pull some thousands of decent paying jobs out of his ass.

Politicians lie, cheat deceive and use dirty tactics? Of course, they all all do that.

And as for a revolt, don't make me laugh, the left in this country couldn't revolt if their lives depended on it. Lazy bunch of self-deluded space cadets that they are.

hi thwap...yes I saw that survey, and I must say it gave me a warm feeling about my fellow Canadians. For the spell he used to fool so many seems to be wearing out. I'm just hoping that the times are changing, we are on the ascendancy, and Harper's rabid base is running out of history...

hi Kev...I believe that too. In fact I believe that what we saw during the U.S. election had certain elements of a class struggle, where the billionaires were portrayed as villains. So that's encouraging. If only I wasn't so impatient...

hi Way Way Up... I don't agree that they ALL do that. That's what the Harper government is always trying to suggest. For them it's just another form of voter suppression, trying to turn people off politics. There are decent people in all parties, but nobody can deny that the Cons have taken dirty tricks and deception to a new low.
The way they are behaving is simply appalling...

hi Beijing...The Cons were so blinded by their allegiance to Alberta and Big Oil, they put all their chips on a neverending boom, and screwed the rest of the country. From where I stand all I see are businesses closing and people losing their jobs, or getting their hours slashed.
And yes, Harper better pull some rabbits out of his ass or the Cons will pay a heavy price in the next election....

Are you seriously suggesting that if Harper is forced to retire, and Jason Kenney takes his place, the Cons would do better?

Hmmmm...let's put it this way. When Kenney goes for the leadership I'm getting a PC card and voting for him... ;)

I am not saying anything. Don't know who the next leader just know he will be better than anything you can offer. Layton was your best shot.......

Simon you believe in Layton and Muclair......now really how based in reality could you possibly be?