Harperland and the Con Teabaggers 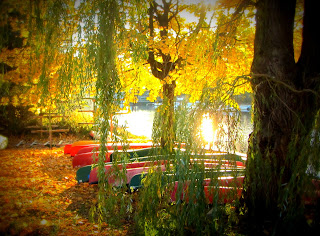 It was such a beautiful day. After the greyness caused by the tail end of Hurricane Sandy, the sun shone brightly in a clear blue sky.

And it felt so great, especially after Obama's amazing victory, which made me feel happier than I've felt for a long time.

Until I remembered that I'm still living in Harperland.

Until I heard this new Con attack ad...

An ad so ugly, so shabby, and so misleading it could only have been produced by the sinister RepubliCon operatives of the Con Ministry of Propaganda and Disinformation. Where the truth is what they say it is, the Big Lie rules, and the attack on the NDP's invisible carbon tax is nothing but a farce.

And the Cons know it is a farce, because they giggle like schoolchildren when they read their scripted lines:

Jacques Gourde: "It is sad, because the carbon tax proposed by the NDP would increase the price of birthday cakes, candles and even pinatas." (Hansard, October24, 2012)

Corneliu Chisu: "Even Count Dracula himself is frightened by the very scary carbon tax proposed by the spooky NDP." (Hansard, October 31, 2012)

But still they would turn this farce into an attack ad, and seek to mislead Canadians, just like Mitt Romney lied to Americans.

To be sure, the Obama campaign has certainly had its own share of dissembling and distortion, including about Mr. Romney’s positions on abortion and foreign aid. But nothing in it — or in past campaigns, for that matter — has equaled the efforts of the Romney campaign in this realm. Its fundamental disdain for facts is something wholly new.

Because like him the Cons also have a fundamental disdain for facts, they want to dismantle government just like he did. And they are always lying to Canadians.

The federal spending watchdog says the bulk of budget cuts will be felt in the form of program and service cuts — not through back-office efficiencies as the Harper government claimed.

Or appeasing the blood lust of their rabid Republican-style base, by suggesting that poor mentally ill Ashley Smith was not a victim of a cruel system... 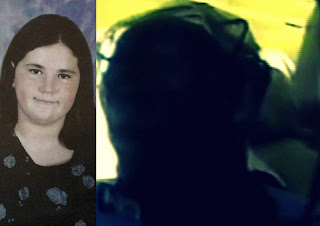 And allowing the brutish Con Vic Toews to play politics with tragedy.

"I would note that the NDP, while consistently speaking on behalf of prisoners, never speaks on behalf of the victims of these prisoners," he said, urging New Democrats to take "a more balanced view about what it means to have a safe society."

"I would like to ask that member (Mulcair), who has never once stood and spoken for victims, why is it that he is always silent when it comes to victims outside of our prisons?"

Because that's who they are eh? The crazed Con teabaggers of The Great White North, the last bastion of the shattered Republican Party, the rigid ideologues, the vengeful religious fanatics, the alien strain that infected, corrupted, and is selling out Canada.

The end of all decency.

The poison in the forest... 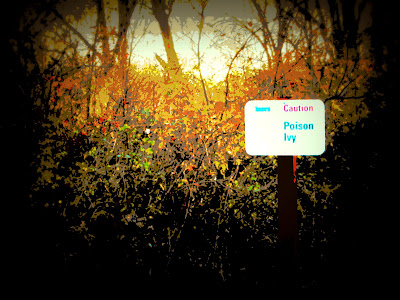 The Harper teabaggers are on the wrong side of history, just like the ones in America. And if we learn from the Obama campaign we can build a mighty progressive coalition and crush them in the next election.

I know it won't be easy. But I know we can, I know we must. And after the events of the last few days, I know we will.

This Con regime is simply too Republican to govern our beautiful Canada eh?

Its time is more than over.

And its sun is finally setting... 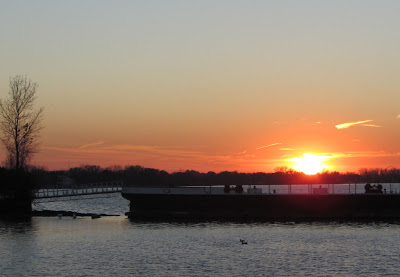 Yeah we shall see.....anyway what is so "progressive" about Obama? His failure to close Git-mo, which every lefty has hated from day one? Or his use of drones? I though you lot abhorred violence? Or his targeted killing of a US citizen without due process? Even Bush never did that and just imagine the howls if he did.

So what about Obama is so progressive? Seems to me that your "leftist moral high ground" is closer to the Republicans than you think.

Obama won't sell the U.S. out to Communist China. Romney said. He would "work" with China, same as Harper does. Romney also brought religion into his politics. Too many different faiths for that. Another was his slam, of women in binders. Obama inherited Bush's entire, godawful mess. Obama had to start out, under the eight ball.

Harper started out with a, $13 billion surplus. I feel very sorry for the party, having to clean up Harper's mess. Selling Canada out to Communist China, is an outrage. Bringing that country, right onto our Canadian soil, is worse than an outrage.

Harper was found guilty of, stonewalling, covering up and refusing to co-operate, with the investigation of the torture of the detainee's. Don't forget, Harper prorogued Parliament, so he wouldn't have to answer for his crime. ICC's Chief Prosecutor left it up to the RCMP, to pursue Harper on the charges of, war crimes and crimes against humanity. They of course, didn't bother. Harper backed Bush all the way on Git-mo. The U.N. asked, why didn't Harper arrest Bush, when he was in Canada? Obama had to deal with the, Git-mo Bush mess, among many other of his messes as well. Such as an, absolute bankrupt country.

Obama wasn't left a $13 billion surplus as Harper was. I'm not saying I agree totally with Obama. But, fair is fair. I do feel sorry for whoever, will have to clean up, Harper's horrific shambles. Such as, giving Canada's resources and all of the jobs, to a Communist country.