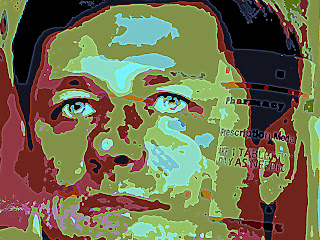 Or a pimp working a Republican convention.

As free trade talks with the European Union reach the endgame, Ottawa is signalling it is prepared to give the Europeans at least part of what they asked for on drug patents — a move that could cost Canadians up to $900 million a year.

Even though it's nothing but a shameless cave-in.

Canada currently pays 15 to 20 per cent more than the international average for new brand name drugs as part of a deal negotiated by Brian Mulroney’s government in the 1980s. In exchange for this form of price fixing, big pharma promised to invest 10 per cent of research and development-to-sales in Canada.

To make matters worse, the drug industry uses this money, not for innovation, but to buy influence with the federal regulator, physicians, consumers and the media through their advertising departments. Is there a word for “being bribed with your own money”?

A shameless surrender to foreign corporations, that will only make it harder for our healthcare system to deal with the increasing demands of our aging population.

But of course Stephen Harper doesn't care about that, because he entered politics as the poster boy of the National Citizens Coalition that was founded to destroy medicare.

And his plan to destroy medicare is by making the provinces too poor to afford it. 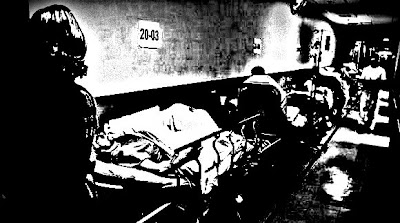 That's why he is cutting healthcare transfers by $36 billion, that's why he is refusing to create any national health programs, that's even the real reason he is sending more prisoners to jail. So the provinces will have to pay more to feed and house them.

It's his stealth attack on medicare. And although most Canadians are blissfully unaware of this sinister plan, the Healthcare for Bucks lobby can smell the blood in the air, and all kinds of new organizations are circling Parliament Hill like vultures.

Founded by Brent J. Skinner, who for the last eight years was the Director of Health Policy Research at the Fraser Institute.

Which like all other similar organizations, and their flunkies in the MSM, would have us believe that medicare costs are out of control, and privatization inevitable. When the truth is quite different.

But will Canadians realize what the Cons are secretly up to, and will they unite to stop them before it's too late?

For if they don't, they really will wake up one day in a horrible place. In terrible pain.

In a country they don't recognize... 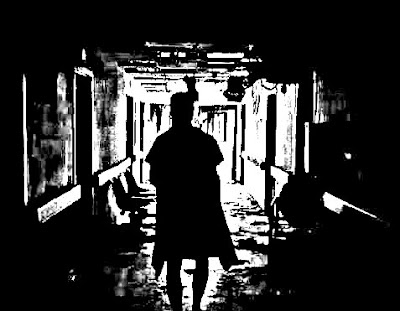 Interesting that you should mention the ratio of healthcare spending to GDP. These "enormous" rising costs are a figment of the fevered imagination of cons and for-profit types. We are only now returning to the historical average GDP ratio and lookie, it is leveling out again, it is even as you say, reducing.

The ideological politics being played with healthcare is unconscionable.

Yeah . . . the country they won't recognize is 'murka lite. harper and his band of buffoons have this all plotted out and have from before stevie slime ever got in there. You have no idea yet how destructive privatization of healthcare can/will be to Canada. I saw it while still living in 'murka before I moved back and it is worse than you can believe. What happened to that woman in Ireland becomes the norm in privatized medical care scenarios (profit replacing the christofascist element, of course) so if you think this is fucked now, just wait. If little stevie slime and his band of larcenous lackeys are able to achieve this before they are purged from office, you really won't recognize Canada, which stevie promised us at the beginning of his reign if you remember.

The first private, for profit clinc is in Quebec. Wont mention that eh?

Harper did say, quite some time back. Health Care is a provincial jurisdiction. No-one cared to listen. Damn right provinces will not be able to keep up with health care. No province can keep up with, Harper's thieving. Harper and his so called Conservatives, are the worst fiscal managers, in the recorded history of this country. The so called Cons, are also the most corrupt government ever in Canada. They thieve and waste the most tax money, anyone can ever remember. No other party has ever thieved and wasted our money, for their own luxuries, than, Con Harper and his ministers. $1 billion for a, stupid fake lake? $50 million to buy a riding with gazebos. Harper has to take, his armored vehicles with him because, there isn't a country that doesn't despise him. That is only a piddle in the bucket, of our thieved tax money.

We have no right to bitch. When provinces are stupid enough to stay in Harper's corrupt and evil Canada, they are only getting what they have asked for. Harper is selling us out to Communist China and still, people don't get it. No province is safe under Harper's dictatorship. This entire country is not even safe, for the Canadian people. This is not Canada anymore anyhow.

Where is our Democracy? Our Civil rights and Liberties? Our Freedom of Speech under attack again. Our Human rights are vanishing. Harper is stealing our money, for his own pocket. Harper has lied, deceived, is corrupt, thieves, uses dirty tactics, dirty politics and he cheated to win. And, still people want to stay with Harper's evil doings. We can bitch until the cows come home. What has changed so far?

hi Peter...I completely agree, no party should play games with healthcare, for we will all need it sooner or later. I'm very proud of our medicare system. It's not perfect, and it can definitely be improved, but the best way to do that is to listen to those who love it, like my friends at Canadian Doctors for Medicare.

And ignore those who would destroy it...

hi anonymous...I have read some horror stories out of the U.S. that are so bad they almost make me lose faith in the whole human race. I believe that healthcare is a human right, and in the right of all people to be treated with decency and dignity, so when I see what the Cons in Britain are doing to the National Health Service, it makes me really angry. But even more determined to defeat them wherever they raise their brutish heads...

hi anonymous...look my posts are already too long for many people to read them. But you're right, healthcare for profit has carved out a big niche for itself in Quebec, and I'm just as determined to oppose it there as I am anywhere else. And for the same good reasons. While the public part of medicare is doing very well keeping its costs under control, the private part is responsible for all major increases. I am not opposed to some role for private care, within the medicare system, but god help us if they ever get a big role, for they will destroy what good we have...

hi Gloria...while it's true that healthcare is a provincial responsibility, the federal government also has a role to play in making sure that standards are respected, and that you don't have to live in a big city to get quality care. But Harper has refused to even meet with the Premiers to discuss their concerns, his disdain for medicare is clearly documented, and he would be quite happy to see our system wither on the vine, and be largely taken over by private healthcare interests. And this even though we know that with an aging population we need to be smarter and better to cope with the challenges ahead. A lot of Con policies bother me, but none more than what they plan to do to medicare. For fooling with people's lives is simply unforgivable...

Bull. You hold Quebec up as the standard of what the rest of Canada should be, basically a corrupt little racist backwater. Besides what has the PQ done about it? Nothing. If this had happened anywhere else but Quebec, people like you would be crying bloody murder.